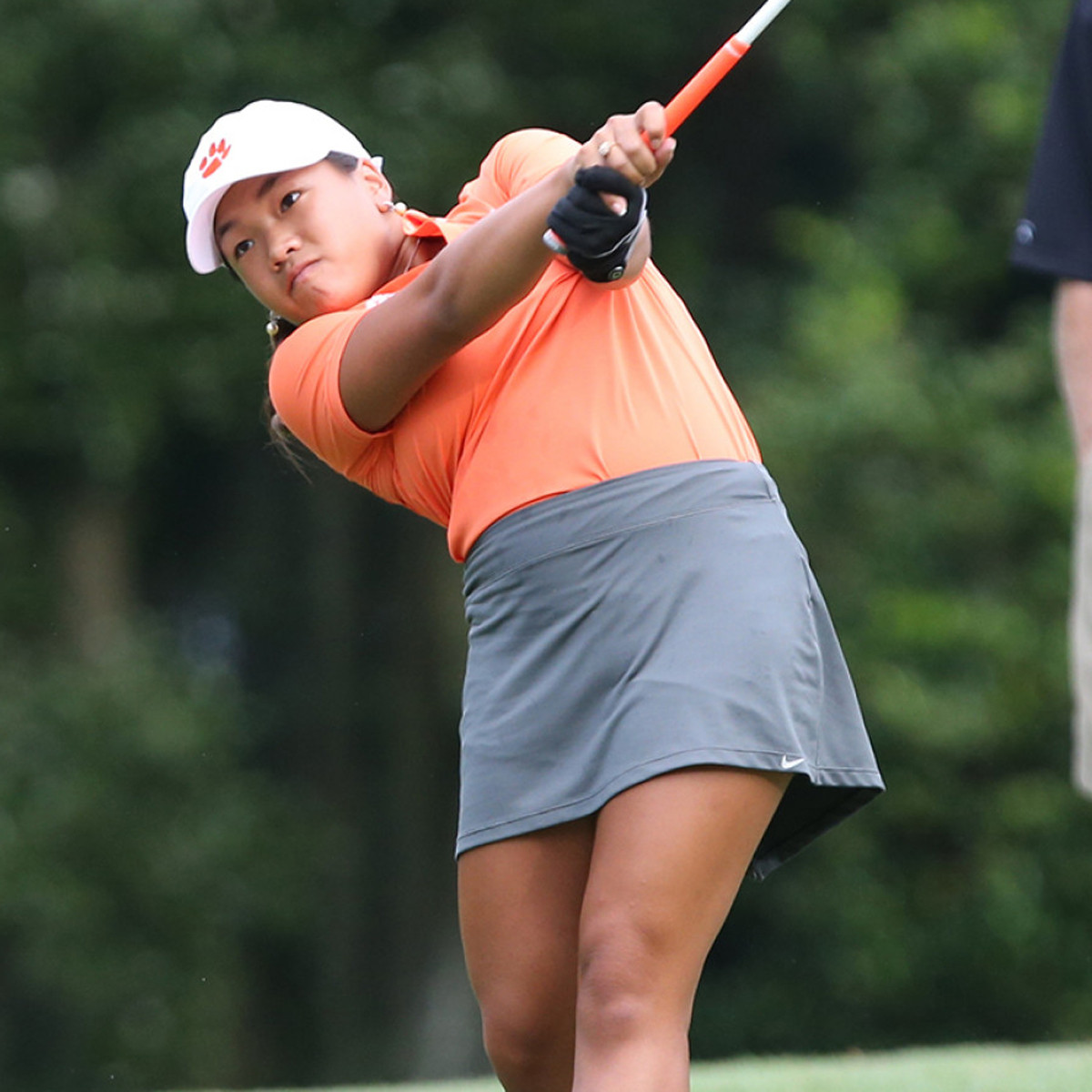 Clemson, S.C.—Jessica Hoang shot a one-over-par 73 to lead the Clemson team for the second straight day at the Lady Puerto Rico Classic on Tuesday.      Clemson finished 16th at the tournament played at Rio Mar Country Club in El Grande, Puerto Rico.  It was the first tournament of the spring for the Tiger women.

Hoang, a junior, had rounds of 81-72-73 to finish with a 226 total, tied for 34th.  She played the back nine on Tuesday in one under par 35 and had three birdies on the day.  A double bogey on the seventh hole prevented her or an under par round.

Hoang had the low score of the day in two of the three rounds, the first time she has done that in her career.  She  now has a 73.25 stroke average in the final round this year, best on the team.  Hoang finished the tournament with seven birdies, best among Clemson golfers.

Lauren Stephenson opened the tournament with a one under par 71, then finished with scores of 77-78 for the 54 hole event.  The freshman from Lexington, S.C.  also finished 34th with a 226 score, 10-over-par.

Alice Hewson, Clemson’s stroke average leader coming into the spring, had rounds of 73-79-78 for a 229 score, 1-over-par. The freshman from the United Kingdom had six birdies during the tournament and finished 48th.

Clemson returns to action his coming Sunday at the Allstate Sugar Bowl Invitational in New Orleans.