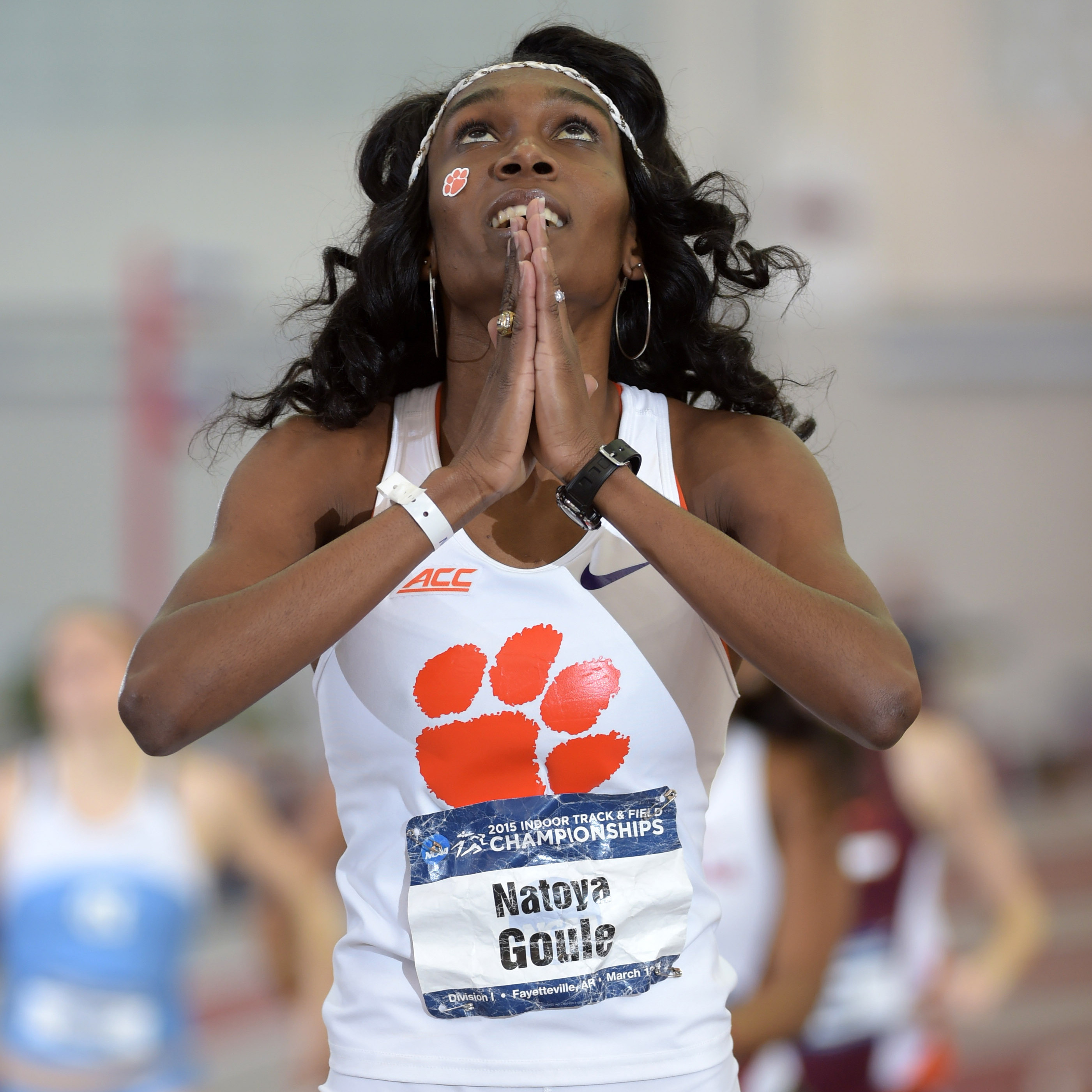 History Repeats Itself for Goule

They say history repeats itself.

In the case of Clemson phenom Natoya Goule, that’s a good thing.

The redshirt senior, who sat out all of 2014 after transferring from LSU, won the National Championship in the 800 meters at the NCAA Indoor Nationals over the weekend in Fayetteville, Ark. For the second time in three indoor seasons, she did it after finishing runner-up at her conference meet.

In 2013, she took silver at the SEC Championships to teammate Charlene Lipsey. But she returned the favor by winning gold at the NCAA Indoor Championships less than a month later on the same track at Arkansas, besting Oregon star Laura Roesler and Lipsey for the top prize.

In February, Goule again took second in the 800 at a conference meet — this time the ACC Championships. Virginia Tech’s Hanna Green rallied on her home track to cross the line ahead of Goule.

But again, Goule had an answer at NCAAs — and it was an emphatic answer at that.

One day after running the fastest preliminary time in meet history, she one-upped herself. She sizzled through the quarter mile (the ESPN announcer called her first 200 meters an ‘OMG’) and into the third of four laps, opening a huge gap between herself and the other contenders. She brought it home in meet-record time, 2:01.64, to claim her second indoor crown and third overall.

Goule’s victory was impressive on a number of levels, as the tweets below suggest.

With her 2:01.64 at #NCAATF Championships, Natoya Goule is No. 6 on the world performance list for the women’s 800! #Clemson

Click the YouTube link below or select the ‘Play’ button on the page to watch as she recaps her incredible performance.