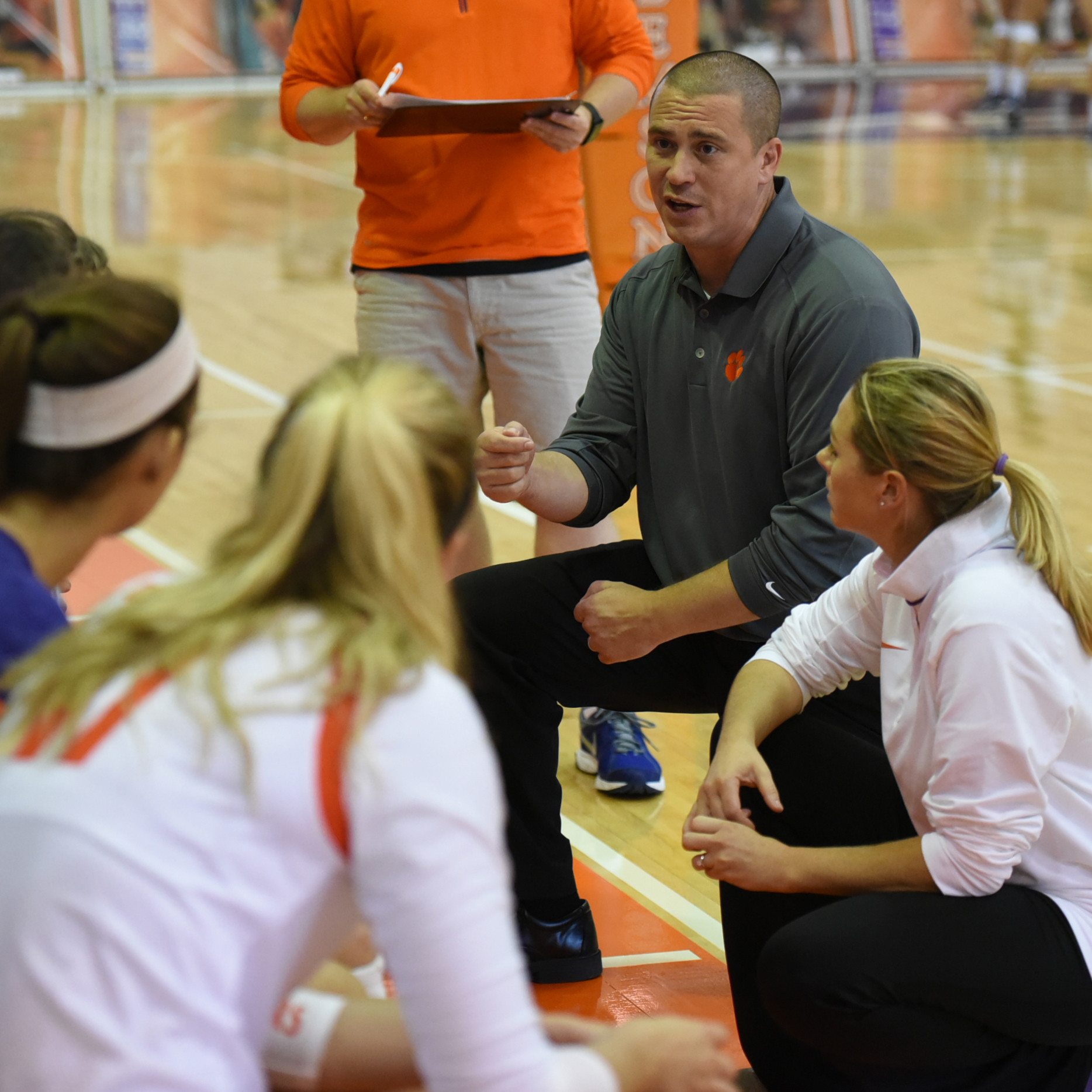 Anyone following the Clemson volleyball team this season already knows that a family atmosphere-like culture within the program is something very important to head coach Hugh Hernesman as well as his assistant and wife, Stephanie Hernesman.

Together, they take great pride in their unique approach, whether it is the team culture they instill or the system of play they choose to implement.

“Not only does he have a great volleyball mind, he’s very patient and is very solution based in his thinking, which allows our athletes to thrive and really progress in our gym,” said Stephanie. “I think his willingness to learn from others, allowing our athletes to make mistakes to grow and being very patient with our athletes makes for a very successful coach who our players really want to play for.”

One student-athlete, Keelie Arneson, in particular has flourished under his and Stephanie’s tutelage and jumped at the opportunity to play for him.

“He’s given me guidance, advice and motivation when I need it most,” said Arneson. “I have so much respect for Hugh and his coaching style. He takes the time to really get to know his players and does an excellent job of creating a family environment. It’s a privilege to play for coach Hugh and I’m so fortunate to get one last year with him here at Clemson.”

With a coaching style so unique, untraditional and effective, why do they choose to do things differently? Hugh points to his first head-coaching job.

After a very successful career as an assistant at Wisconsin-Whitewater, the coaching duo began developing what was a struggling program into a successful one at Hardin-Simmons University. In an effort to get to know the team, the Hernesmans began having meetings with their student-athletes.

However, these meetings meant more to one player in particular than the Hernesmans ever could have imagined.

“She would sit in our office for an hour and just hang out,” said Hugh. “After the second or third meeting, she popped back in and said, ‘You know what coach? You’re kind of like my dad.’

“When she made that comment, it dawned on me that it was about more than volleyball. I thought to myself, ‘Wow, that’s a big deal when someone says something like that.’ I looked at myself and said, ‘I’m not important enough to be this kind of figure in someone’s life.’ It’s a big responsibility, it’s a huge deal and I thought I’m just me and how could I be that in someone’s life?

“Then I thought, I’m Dan Degner and I’m Joe Lewis. Those are the people I am to her.”

Degner and Lewis were two coaches from Hernesman’s high school days that he looked up to and admired.

“It wasn’t just about the volleyball anymore, it wasn’t just about what happened on the court,” continued Hugh. “It was about who are these players going to when things go bad in their life and they’re 800 miles from home? Who can they go to?

“Then you realize how important your role is outside volleyball. And once we had Austin and Emma, then you really see us as parents now.