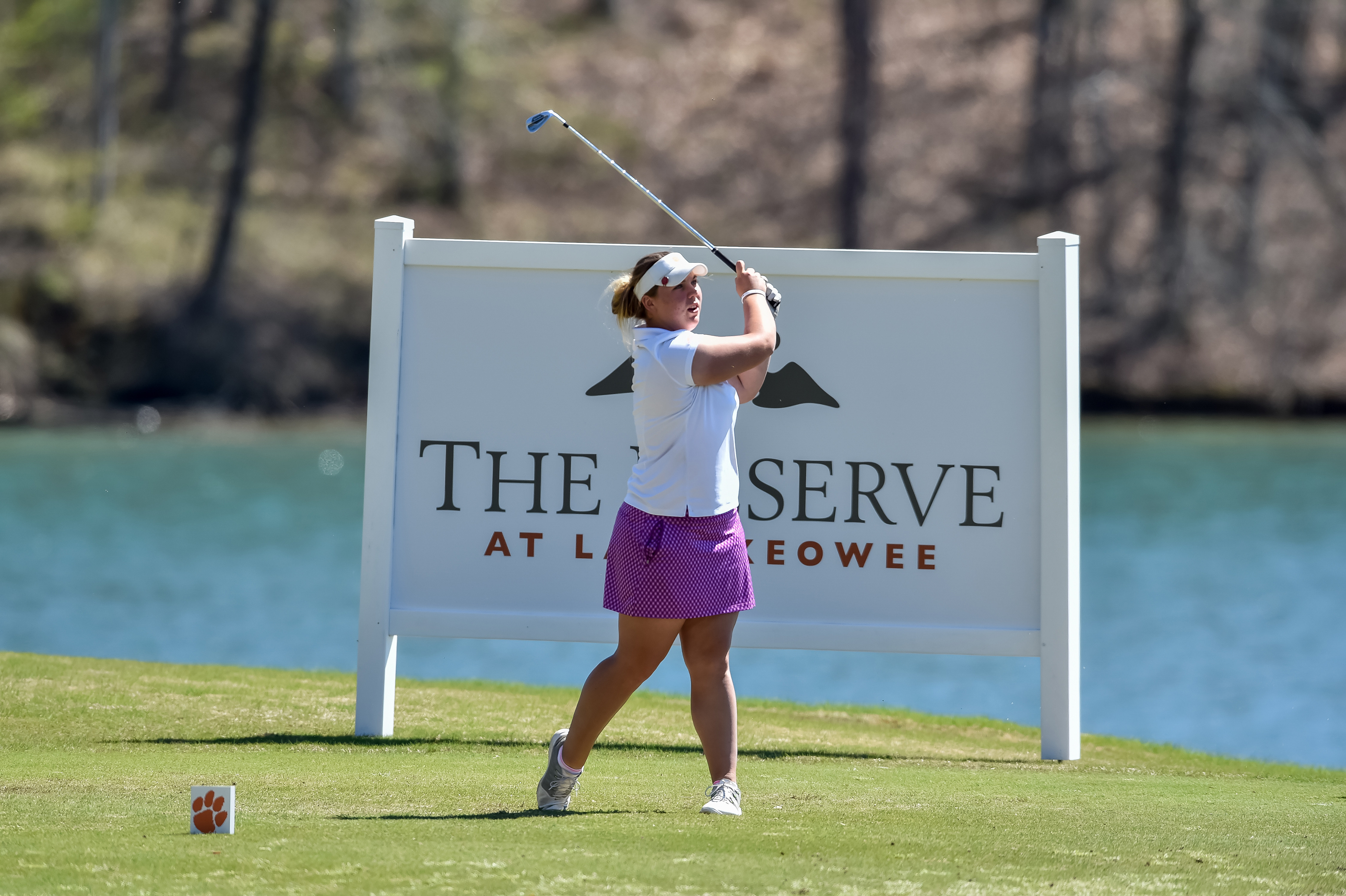 Clemson, S.C.—Clemson sophomore golfer Alice Hewson finished No. 30 in the nation according to the Golfweek/Sagarin national rankings for the 2016-17 season. It is the second highest final ranking by a Clemson women’s golfer. Ashlan Ramsey, now a professional, finished 27th according to Golfweek in 2013-14, the first year of the Clemson program.

Hewson broke Ramsey’s record for stroke average this year with a 72.39 figure. She also established the Clemson mark for birdies in a season with 111 An All-ACC selection for the second straight year, Hewson had a record tying six top 10 finishes and 12 rounds under par in leading the Tigers to a No. 20 final national ranking, the highest for the program.

In terms of other rankings, Hewson was rated the 44th best all-around player in the nation by Golfstat, was 16th in total birdies, 18th in scoring on par four holes (4.06), and 32nd in scoring average.