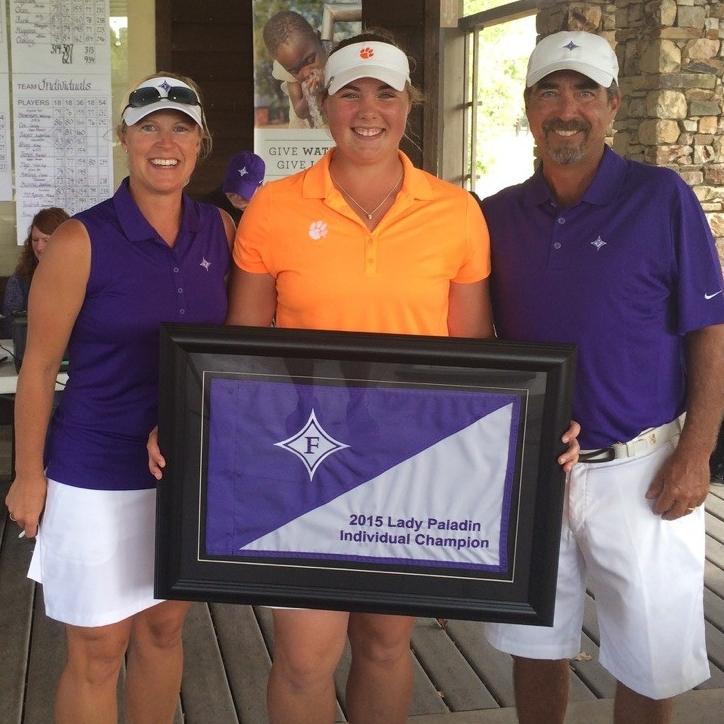 Clemson, S.C.—Clemson freshman Alice Hewson has been named the ACC Women’s Golfer of the Month.  The announcement was made Friday by the Atlantic Coast Conference.

The freshman from the United Kingdom won each of her first two college tournaments in September, a first in Clemson women’s golf history.  She was co-medalist at the Cougar Classic in Hanahan, S.C. on September 15 when she had a 210 score for her 54 holes, six-under-par.  Her performance included a second round 65, the low round in Clemson history by three shots.

Just a week later Hewson won the Furman Invitational by two shots with a 213 score. That performance included a first round 67, just one shot off the tournament record, a tournament that dates to the 1970s and has featured a host of former LPGA players.

Hewson had a 70.50 stroke average for the month over her six rounds.  She was nine under par overall, had three under-par rounds, two in the 60s and six rounds at 73 or better.

This marks the third time a Clemson women’s golfer has been named ACC Golfer of the Month. Ashlan Ramsey won the award twice as a freshman in the fall of 2013.

Hewson and the Tigers return to action October 9-11 at the Yale Women’s Intercollegiate at The Course at Yale in New Haven, Conn.