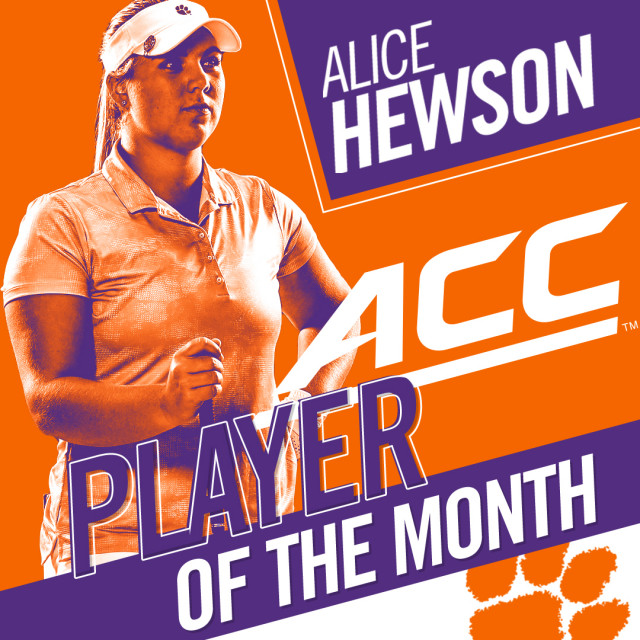 Clemson, SC—Clemson junior Alice Hewson has been named the Atlantic Coast Conference Women’s Golfer of the Month for March 2018.

Hewson won the Clemson Invitational against a field that included 18 top 100 players by Golfstat by making birdie on three of her last five holes, including each of the last two. It was her third college win, her first this year.

Hewson had improving rounds of 70-69-67 in reaching 10-under-par for the first time this year. Her 10-under score tied her own Clemson record for 54 holes. Her performance allowed the Tigers to score a program best 18-under-par for the 54 holes and finish third in the 15-team field. Clemson placed ahead of eight top 50 teams in the tournament, which concluded March 25.