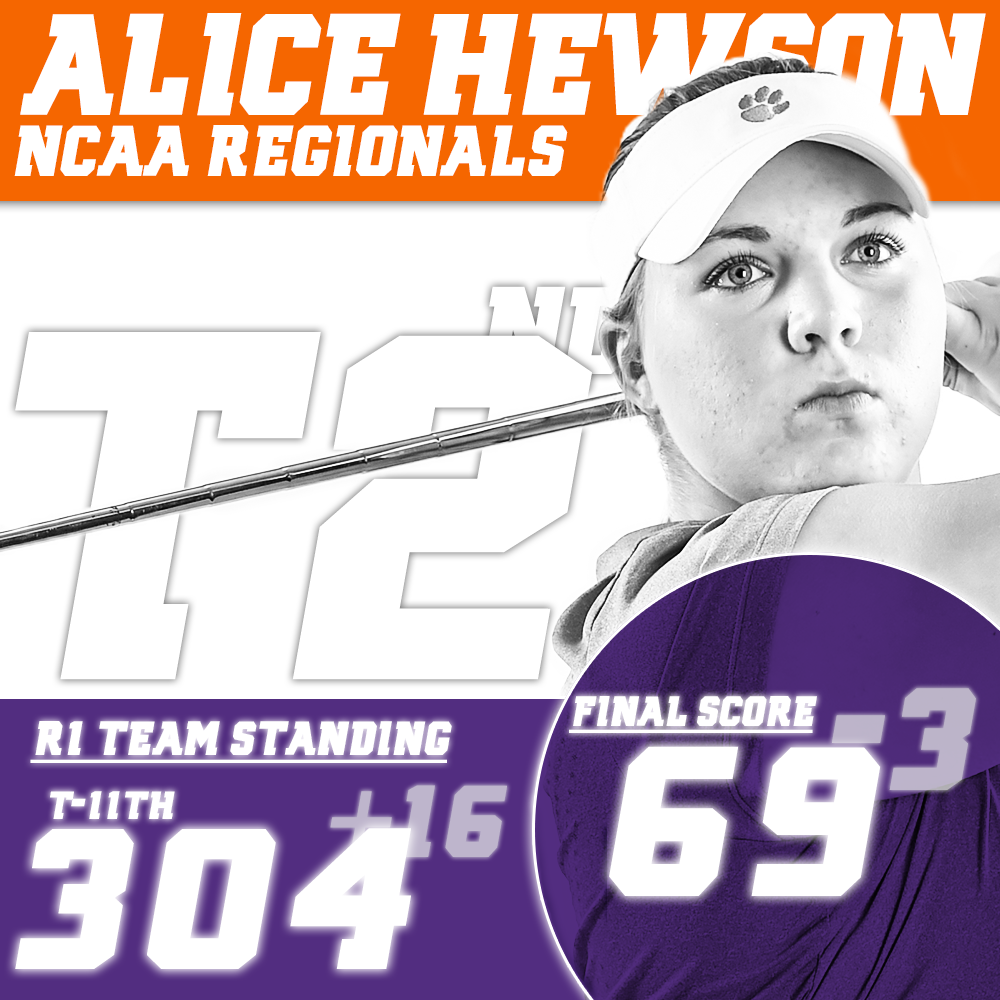 Clemson, S.C.—Alice Hewson fired a three-under-par 69 on Monday to lead Clemson at the NCAA Regional Women’s Golf Tournament at Athens, Georgia. Clemson is tied for 11th as a team among the 18 teams in the field. The top six teams after 54 holes will advance to the NCAA national Tournament in Sugar Grove, Illinois.

Clemson stands at 304 after one round, seven shots off the cutline.   Tennessee is the No. 6 team after 18 holes at 297.   Michigan State, ranked outside the top 50 entering the tournament, is in first place at 284, while third-ranked Alabama is second at 289. Host school Georgia and Northwestern are tied for third at 293 and Baylor is fifth at 296.

Hewson is tied for second in the individual standings after her opening round performance that included five birdies and two bogeys. Hewson trails Jennifer Kupcho of Wake Forest by a shot and is tied with Lauren Stephenson of Alabama and Sarah Burnham of Michigan State.

Hewson was one of just 10 players in the 96-player field to shoot under par in the first round.   The average score on day one was 76.3. It was Hewson’s sixth round in the 60s this year and her 12th under-par round. Hewson shot a 35 on the back nine and a 34 on the front nine.

While Hewson made five birdies on Monday, the other four players in the Clemson lineup combined for just two birdies. Sydney Legacy and Kennedy Swann had rounds of six over par 78. Marisa Messana and Ana Paula Valdes had rounds of seven over 79. Swann finished the strongest by playing the last five holes at even par.

A strong point for the Clemson team on Monday was the par three holes. Clemson’s five players played those holes at just three-over-par, best in the field.

Clemson will start play on Tuesday on the 10th hole at 7:30 a.m.   Hewson will start at 8:06 and will be Clemson’s last player to begin the second round.