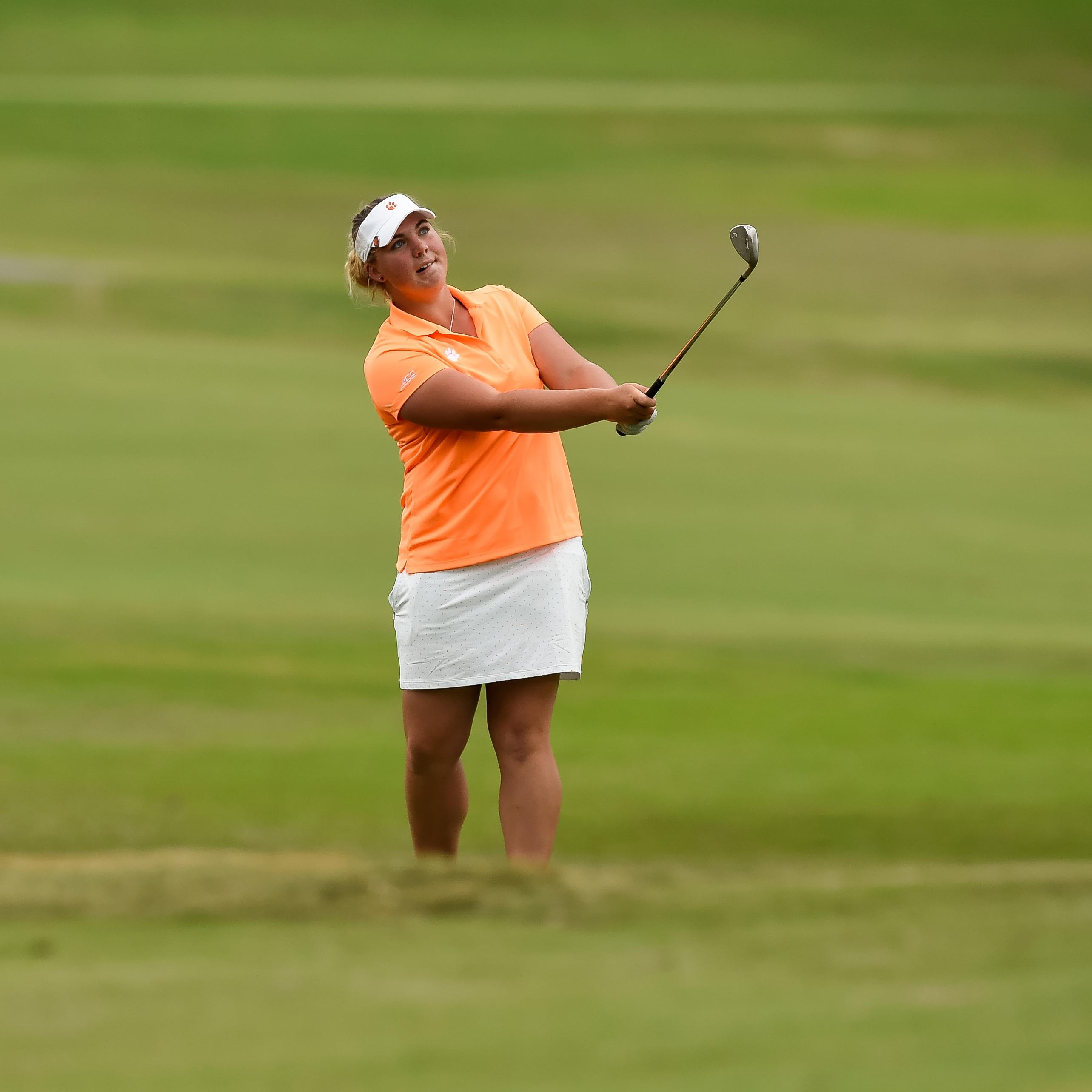 Clemson, S.C.—Clemson golfer Alice Hewson won all three of her singles matches over the weekend in helping England to the championship of the 2016 European Ladies Team Amateur Championship.  The 21-team tournament was played at Oddur Golf Club in Iceland.

It was a landmark second team championship Hewson had been a part of in the last month.  In June, the Clemson sophomore was a member of the Great Britain & Ireland team that defeated the United States to win the Curtis Cup for the first time in 20 years.  England’s championship over the weekend was its first in the European Ladies Team Amateur since 1993.

Hewson and Bronte Law were the only English players to post a perfect 3-0 record in singles play.  England won all three of its team matches by 4-3 scores.

Hewson and the England team finished sixth in the stroke play qualifying. Hewson shot six over par 150 in the qualifying to finish 38th out of 120 golfers.

But the native of Berkhamsted, England came on strong in the team match play as she won all three of her singles matches and also gained a win in foursomes.  In a 4-3 win over Sweden in the quarterfinals,  Hewson defeated Linnea Strom 3&2.  She also teamed with Curtis Cup teammate Meghan MacLauren to gain victory in 22 holes in a foursomes match.

In the semifinals, Hewson defeated Switzerland’s Vanessa Knecht, 5 & 4, the most lopsided win of the day for the English team.   That helped England beat the No. 7 seed Switzerland, 4-3.

Hewson defeated Spain’s Luna Sobron Galmes  1-up in the championship match.   That victory was important in the team’s 4-3 win over the Spanish team that was seeded No. 1 entering the tournament.