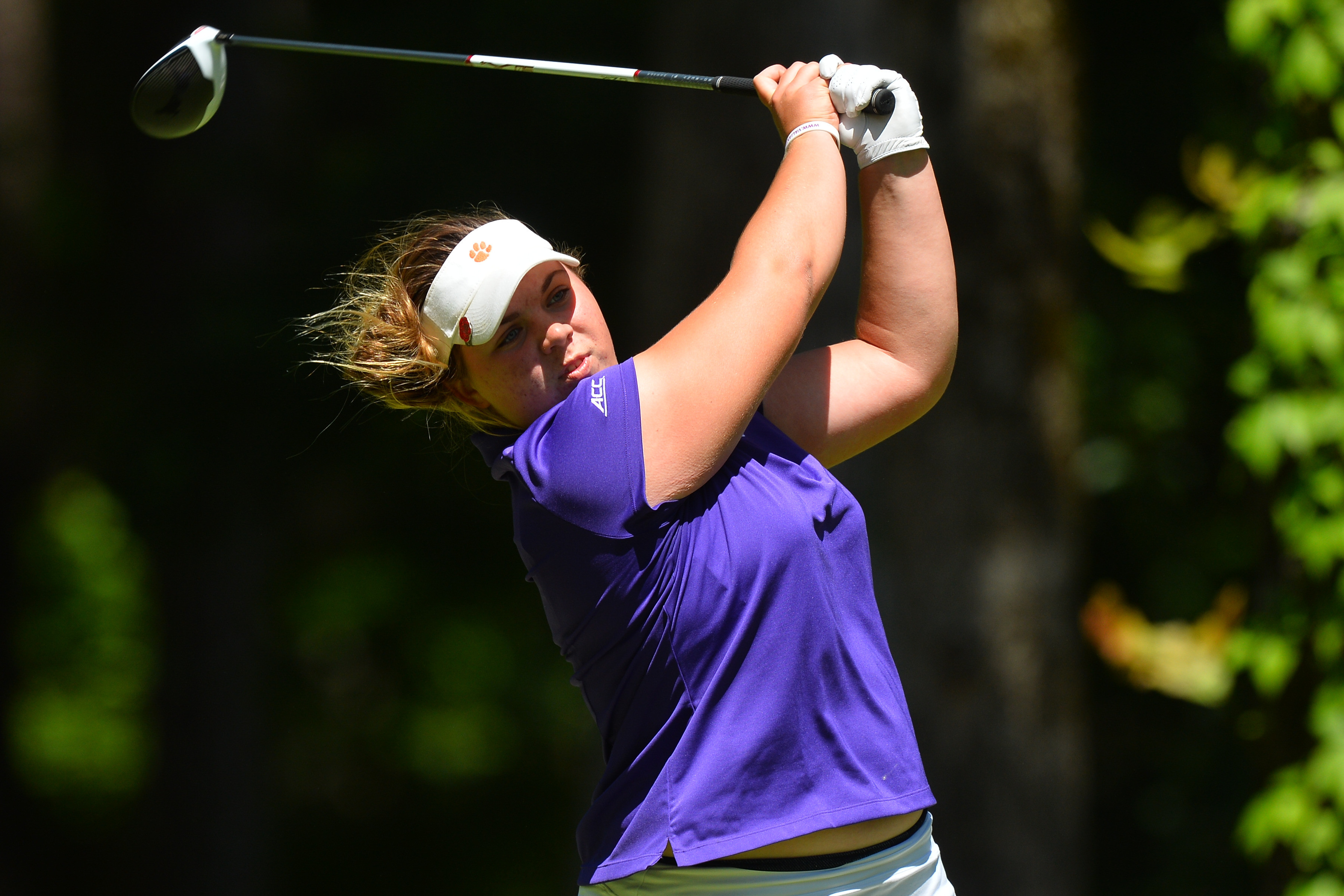 Clemson, S.C.—Alice Hewson fired an even-par 72 to lead Clemson to a nine-stroke improvement over the first round and a 12th place standing among 18 teams after two rounds at the Landfall Tradition in Wilmington, N.C.  Clemson has a 597 total after 36 holes at the Country Club of Landfall and is tied with 21st ranked North Carolina for 12th heading into the final round on Sunday.

Clemson had a 303 total in the first round, but came back with a 294 total on Saturday.   The six over par score was two shots better than the eight over par shot by No. 1 ranked Alabama in the second round.  Eight top 25 teams are included in the field.

Hewson’s 72 on Saturday gives her a 36 hole score of 145, good enough for 18th in the field of 96 golfers.  She had two birdies, two bogeys and 14 pars on Saturday.   It was her sixth round of par or better this fall.

Marisa Messana was Clemson’s second best golfer on Saturday, but the most improved Tiger over the first round.  The junior had a non-counting 79 in the first round, but shot a 73 on Saturday thanks to two birdies and three bogeys.

Senior Sloan Shanahan, playing in her final tournament before graduating in December, was Clemson’s third best player with a two over par 74.  She had a one under par 35 on the back nine.

Sydney Legacy was Clemson’s fourth counter with a three over par 75.  She had one birdie, two bogeys and a double bogey.  She is at 151 after two rounds.

Freshman Ana Paula Valdes was Clemson’s non counter on Saturday with a 77.   Senior Jessica Hoang played as an individual and shot a 78, a shot better than her first round.

The final round will be played on Sunday.  Live scoring is available on golfstat.com.