Clemson, S.C. — Alice Hewson and Ana Paula Valdes were named to the All-ACC Academic women’s golf team for 2019 on Wednesday. The announcement was made by the Atlantic Coast Conference. Both were starters on the Tigers team and helped Clemson reach its fourth straight NCAA Tournament.

Hewson graduated last month with a degree in accounting with over a 3.15 career GPA. On the course, Hewson had a 72.41 stroke average this year thanks to 12 under-par rounds. She earned her fourth career individual medalist honor at the Icon Invitational where she shot a season best of nine-under par. She finished her career with a 70.86 stroke average, best in school history, while also setting career records for rounds under par (48), top 10 finishes (17) and birdies (378).

Valdes was named to the Academic All-ACC team for the third straight year. The junior from Mexico finished second on the team in stroke average this past year with a 73.03. She had seven rounds in the 60s, 12 under par rounds and two top 10 finishes, including her first career win at Battle at the Beach. The junior communications major will be one of the leaders of Clemson’s team next year. 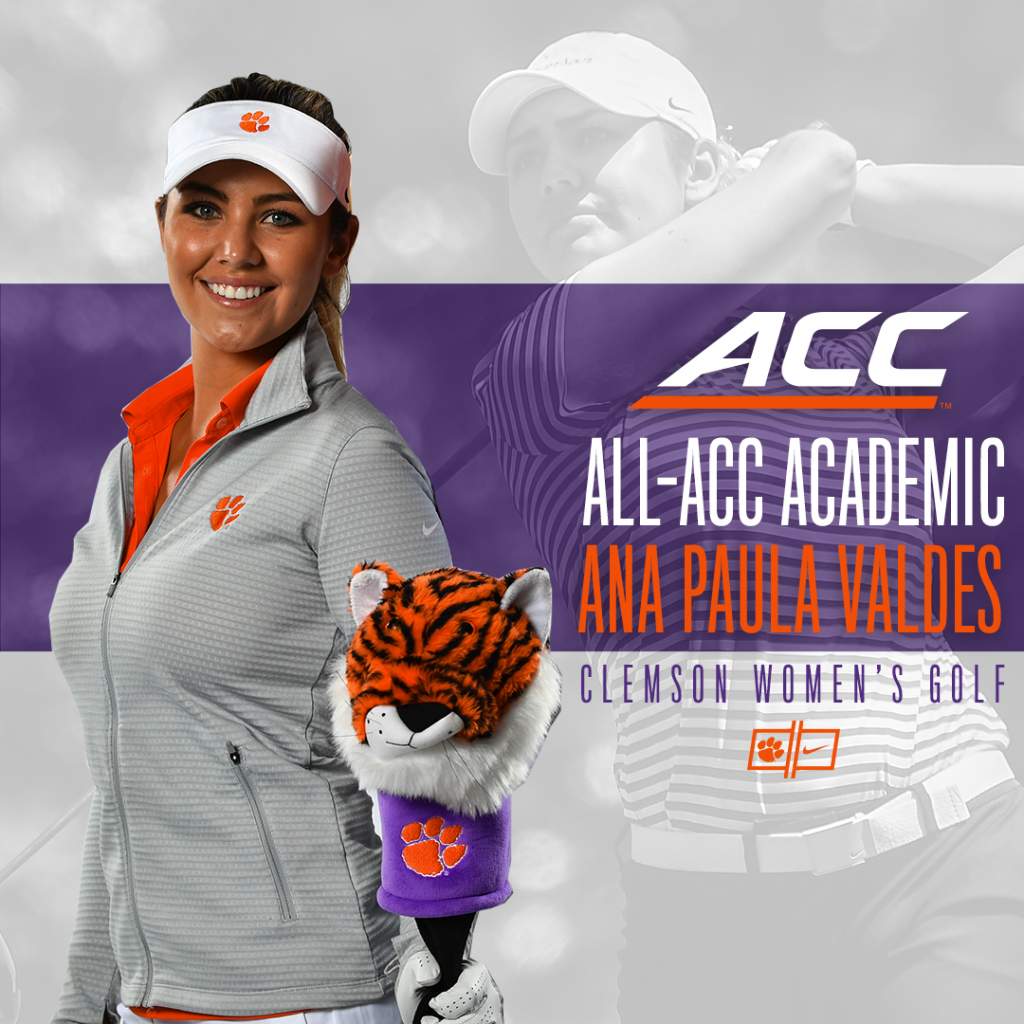 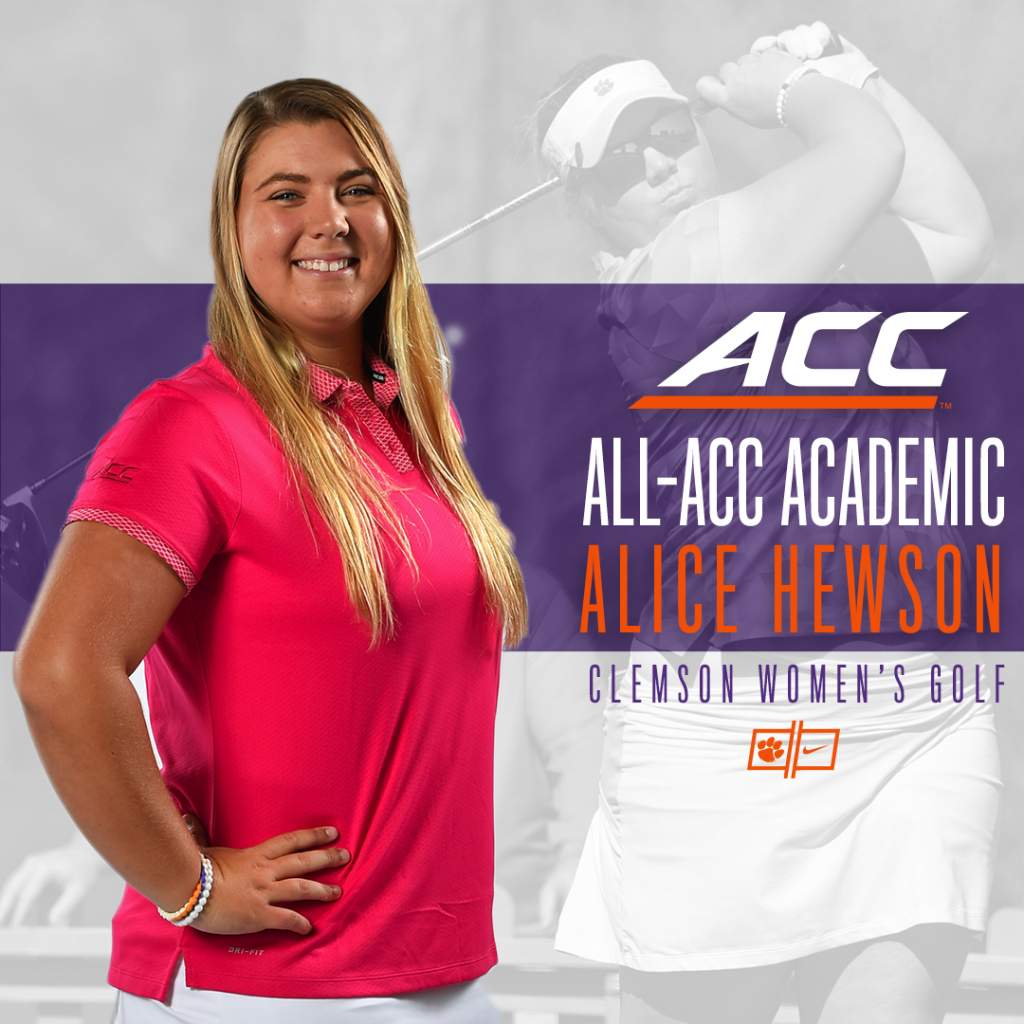