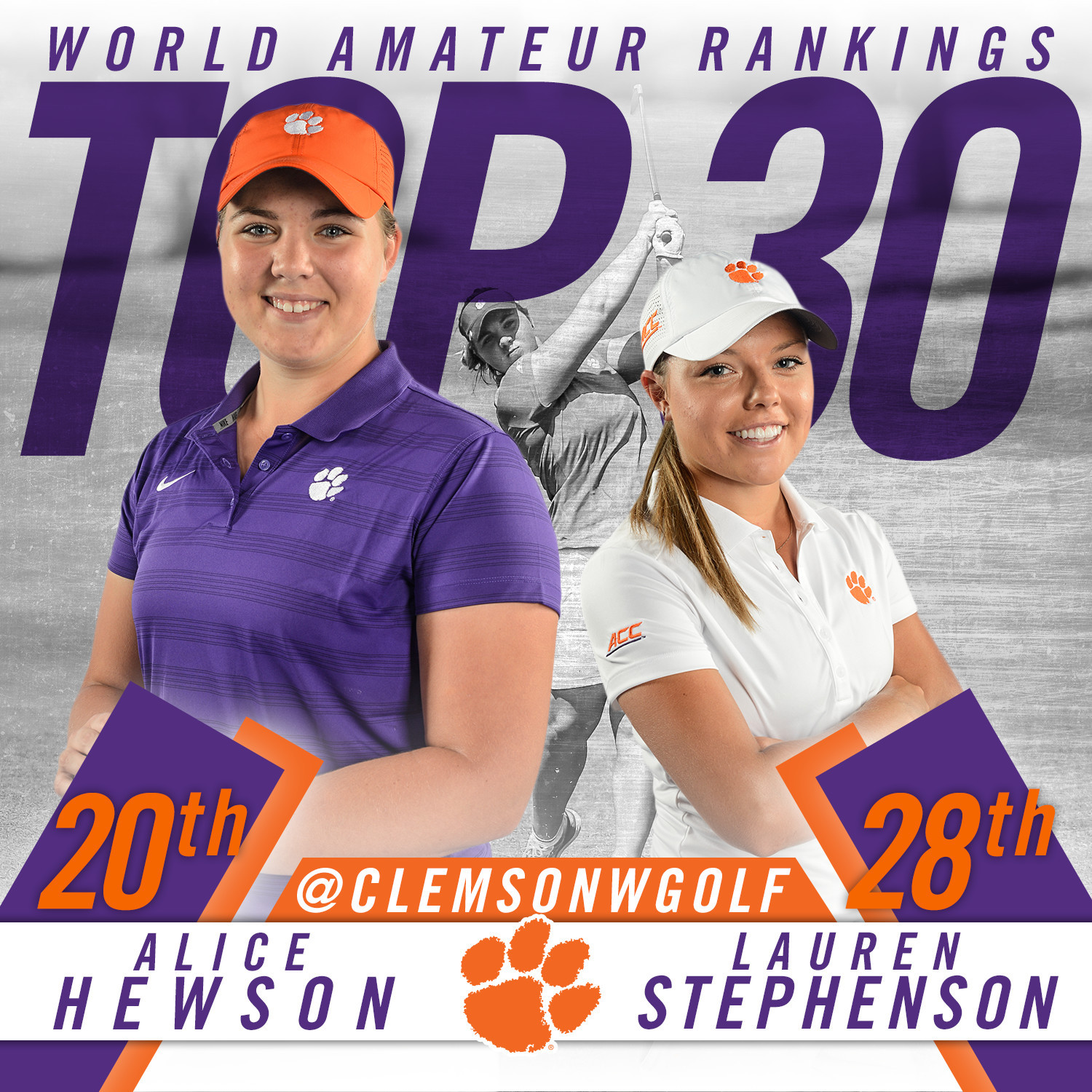 Hewson and Stephenson in Top 30 of World Amateur Rankings

Clemson, S.C.—Clemson freshmen Alice Hewson and Lauren Stephenson are both in the top 30 of this week’s Women’s World Amateur Golf Rankings.  The system is based on each player’s average performance in counting events over a rolling cycle for the previous 52 weeks.   The system is similar to that used in the professional ranks.

Hewson is ranked 20th in the world according to the rankings, while Stephenson is 28th.  Both ladies helped Clemson to a successful fall schedule by earning medalist or co-medalist honors at three of Clemson’s four tournaments.

Hewson had a 71.75 stroke average for the four fall tournaments and had three top 10 finishes.  The freshman from the United Kingdom was co-medalist at the Cougar Classic in her first career tournament, then won the Lady Paladin Invitational the next week.

Stephenson was second on the team in stroke average this fall with a 72.83 mark.  The native of Lexington, S.C. was co-medalist at the Yale Women’s Intercollegiate and, like Hewson,  finished in the top 25 in all four of her events.

Both freshmen are ranked among the top 100 college players according to the Sagarin computer rankings and the Golfstat Cup.   Hewson is ranked 29th in both ratings, while Stephenson is No. 87 according to Sagarin and No. 94 by Golfstat Cup.

They are both a big reason Clemson’s freshman group ranks seventh in the nation through the month of October.

Clemson is ranked No. 29 in the nation as a team according to both Sagarin and Golfstat.  The Tigers finished the fall schedule with a 48-17-1 record against the other teams in the field for the four events.