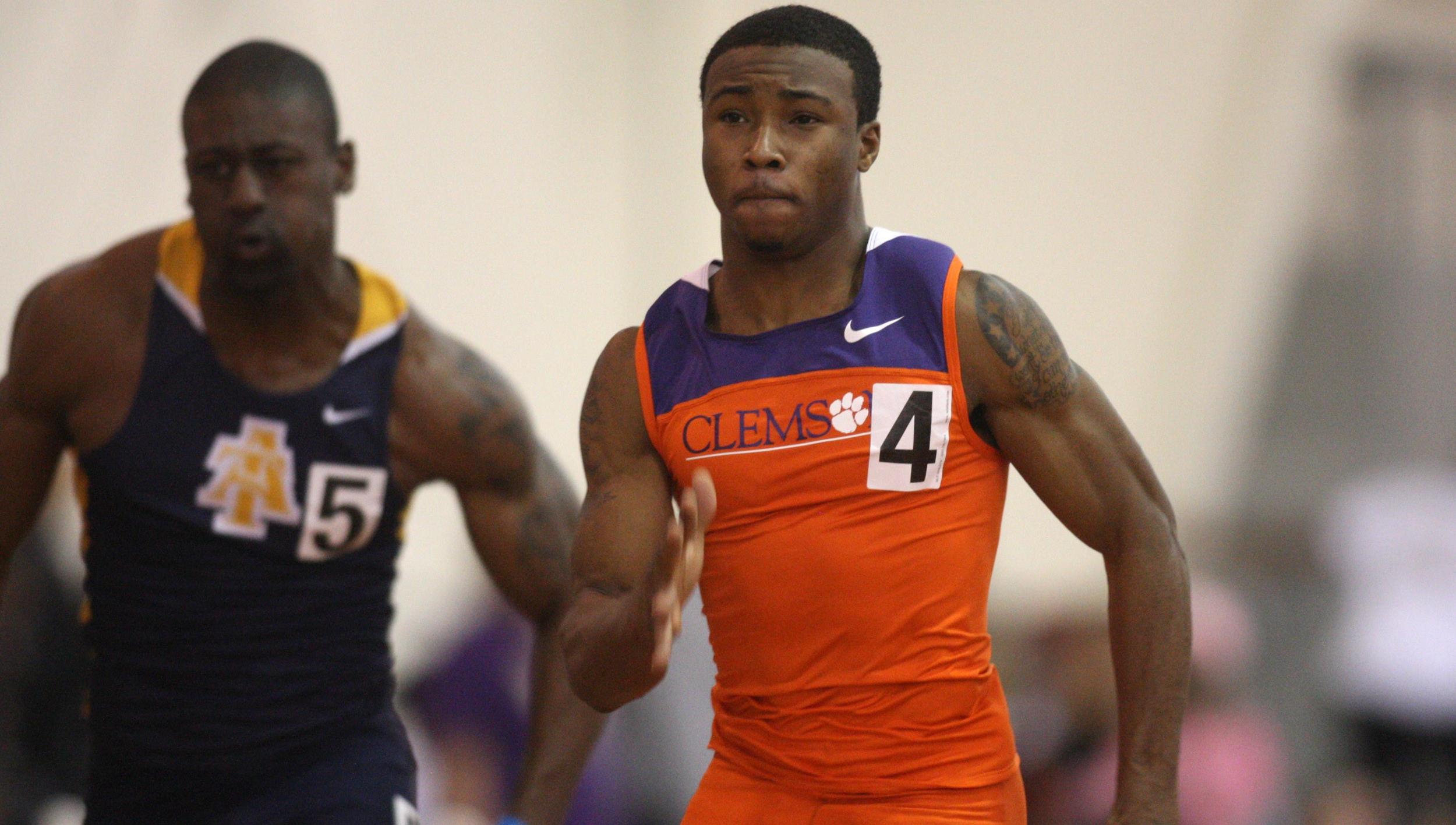 CLEMSON, SC – Tevin Hester ran a personal best 6.60 to win the 60-meter dash Friday and highlight day one for the men’s and women’s track & field teams at the prestigious Armory Collegiate Invitational, held in New York City. His performance was one of several highlights Friday for both teams at the famed track facility.

Hester posted a modest time of 6.75 in the prelims, but raced faster in the semifinal and culminated his effort with the top time in the final. He edged Missouri’s Markesh Woodson at the line to earn his first gold medal at The Armory. His time ranks fifth on the national performance list this season. Reggie Lewis also made the final, taking fifth place in 6.70.

A pair of school records fell Friday. Lauren Terstappen broke her own mark in the pole vault, as she cleared the bar at 13’5.25″ for an indoor personal best. She finished seventh Friday in the championship section. Also in the vault, teammate Caroline Bond produced an all-time best at 12’11.5″ to win the collegiate section.

The second record to fall by the wayside was in the women’s 1000 meters, where Brianna Blanton pushed to a time of 2:49.53. She surpassed one of Clemson’s recent stars, Alyssa Kulik, for first in the record books with that time. Blanton was not the only female distance runner to shake up the school record books, however. Natalie Anthony took fourth in the championship 5K with a personal indoor best of 16:53.22, No. 3 in Clemson history. Alexa Womack added her name to the all-time top ten as well, placing eighth Friday in 17:14.13.

Justin Johnson had an outstanding performance Friday. The junior hurdler and former Division II athlete posted a fourth-place finish in the 60 hurdles. His time improved all three rounds, culminating with a personal best 7.82. His time is No. 9 in Clemson history for the event.

The Tigers return to action Saturday for the second and final day of competition at The Armory.