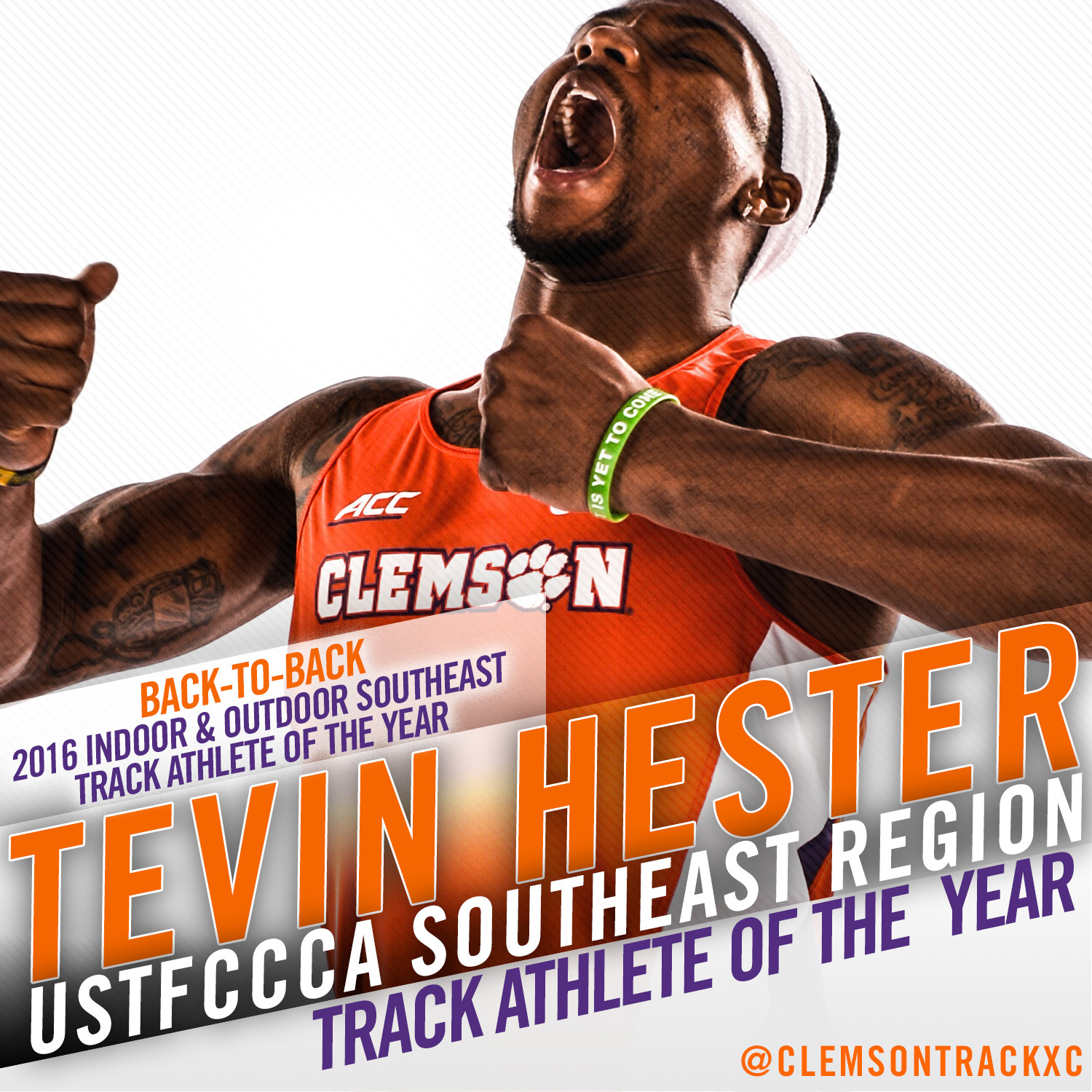 CLEMSON, S.C. – For the first time in his decorated collegiate career, Tevin Hester is the USTFCCCA’s Southeast Region Outdoor Male Track Athlete of the Year. He has earned the indoor honor in 2015 and 2016.

Hester enters his final NCAA Championship meet this week as the No. 2 seed in the 100 meter dash and the No. 3 seed in 200 meter dash. This is his fourth time in his career he has punched his ticket to Eugene, Oregon in the 100m and his second-straight season qualifying in the 200m.

Prior to Regionals, Hester stole the spotlight in Tallahassee, Florida at the Outdoor ACC Championships. It was there he, once again, swept the 100m and 200m dash and was named the ACC Men’s Most Valuable Track Performer of the championship meet. He did so in historic fashion as he followed his golden 10.01 in the 100m an hour later with the fastest time ever run in the 200m at the ACC Championship. His 20.13 is the second fastest time ever recorded in program history and declared him the first student-athlete to sweep the short sprints in back-to-back outdoor ACC Championships since 1988.

This week, Hester will compete in two of the eight events Tigers are qualified in at the NCAA Championships. The championship meet is slated to begin in Eugene, Oregon on Wednesday, June 8 and will run through Saturday, June 11.