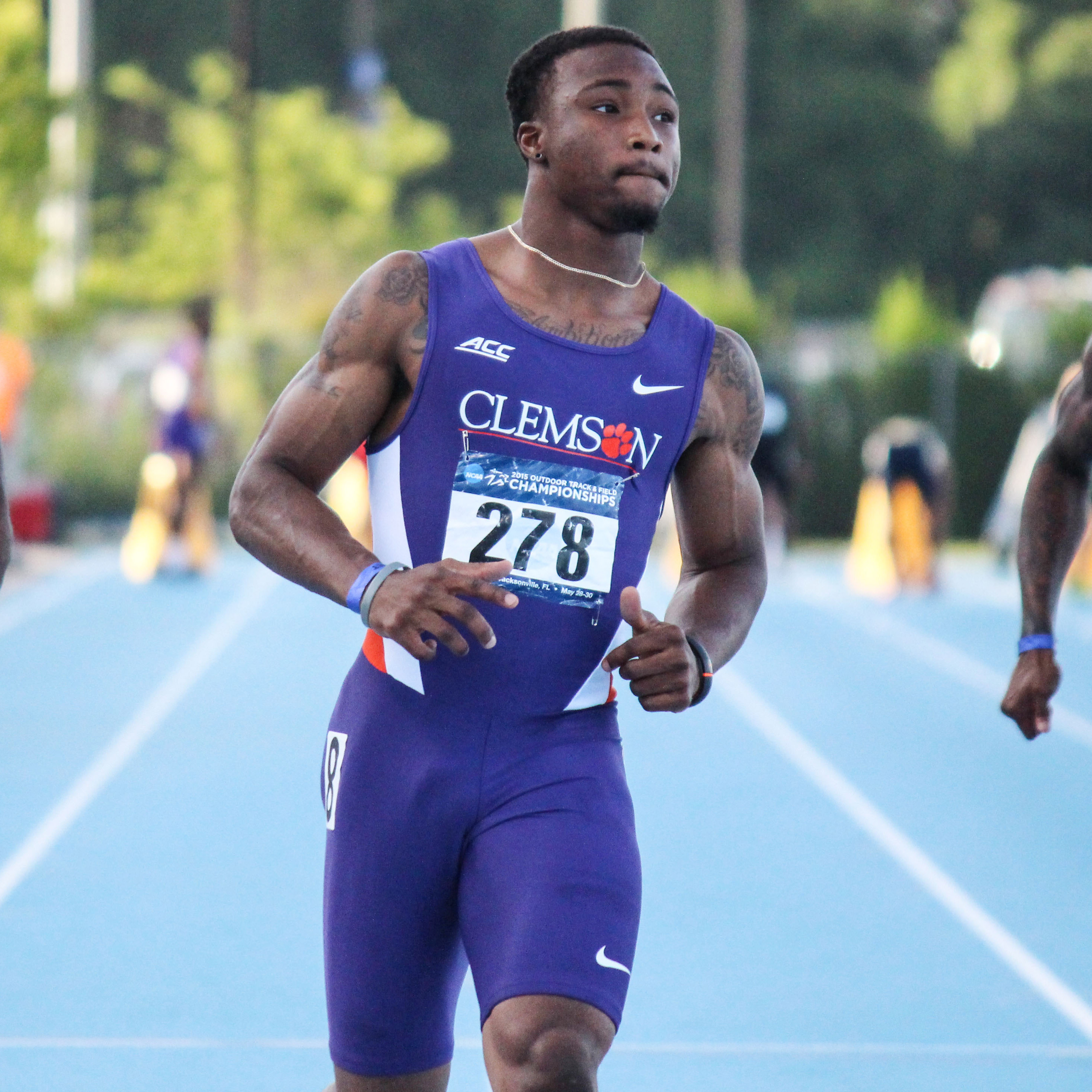 JACKSONVILLE — Tevin Hester ran to a Hodges Stadium record 10.05 in the 100-meter dash qualifying to highlight day one at the NCAA East Preliminary Round. He was one of nine Clemson runners to advance to the quarterfinals and compete for a chance to earn a bid to the NCAA Outdoor Championships in Eugene, Ore.

“This is the start of the NCAA Championships,” said Head Coach Mark Elliott. “The people we expect to move on did really well today. The purpose of having a first round is to give people like Malayshia (George) and Cordell (Lamb) a chance to build confidence and move on. Overall, for what we competed with, we had a great first day.”

Hester stole the show one heat after Florida State’s Kendal Williams dazzled the crowd with a time of 10.13. Hester — the ACC Champion in the event with a nearly legal 9.87 — cruised to victory Thursday. He will compete Friday in the final of the 100, and qualifying heats of the 200.

Natoya Goule made it look nearly as easy, winning her 800-meter heat in a time of 2:05.54. She advances to the quarterfinals and looks to make her first trip to the NCAA Outdoor meet since 2013, when she was a junior at LSU.

Myasia Jacobs (11.54) and Sabria Hadley (11.58) did what was necessary to move on to the quarterfinals in the women’s 100. The 400 meters saw three Tigers advance to the next round —George and Olivia James from the women’s team, and Lamb from the men’s squad. George did it with a personal best 53.28, the 10th-best time in school history.

Grace Barnett was mired in the pack early, but fought through it and edged another competitor for the fifth and final transfer spot in the women’s 1500. She will compete again Saturday, with the right to advance to Eugene.

“Grace lived to fight another day; that’s all you can say,” Elliott said. “You have to credit her development. It will give her some confidence.”

Samantha Elliott qualified easily for the quarterfinal in the women’s 400 hurdles. She clocked a season-best 57.16, which ranks fourth on Clemson’s all-time performance list. Elliott will have a busy Friday, running the first round of the 100 hurdles at 5 p.m., before competing in the 400 hurdles at 7:30.

Lauren Terstappen closed the book on an outstanding career, as she tied for 13th in her final pole vault competition. She cleared the bar at 13-4.5 with ease, and moves on with both the indoor and outdoor school records in the event.