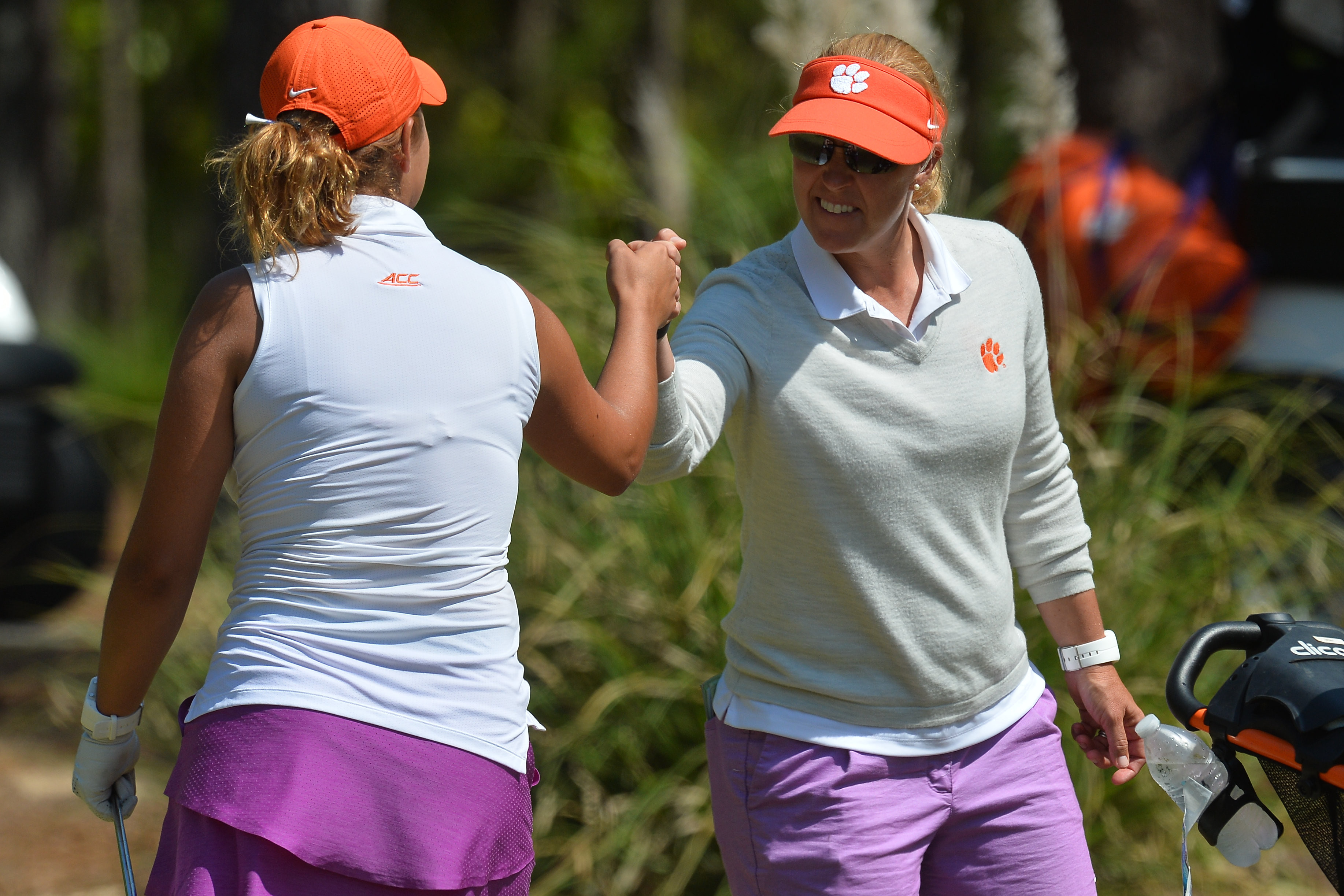 Hester Named Regional Coach of the Year by LPGA

Clemson, S.C.—Clemson Golf Coach Kelley Hester has been honored by the LPGA as   the Southeast Region Coach of the Year for 2017.   It marks the second consecutive year Hester has won the award for the Southeast region. The national winner will be announced later this year.

Hester also won the award for 2016 when she was the head coach at Furman and is one of the few coaches to win a regional honor at two different schools.

Hester has Clemson ranked in the top 25 this fall thanks in part to a second place finish at the Schooner Fall Classic at the University of Oklahoma.   Last year the Tigers finished 20th at the NCAA National Tournament. It was Clemson’s first appearance in the NCAA National Tournament.   Clemson also had its top finish at the ACC Tournament and the NCAA Regional last spring in addition to winning its first tournament, the UCF Challenge.