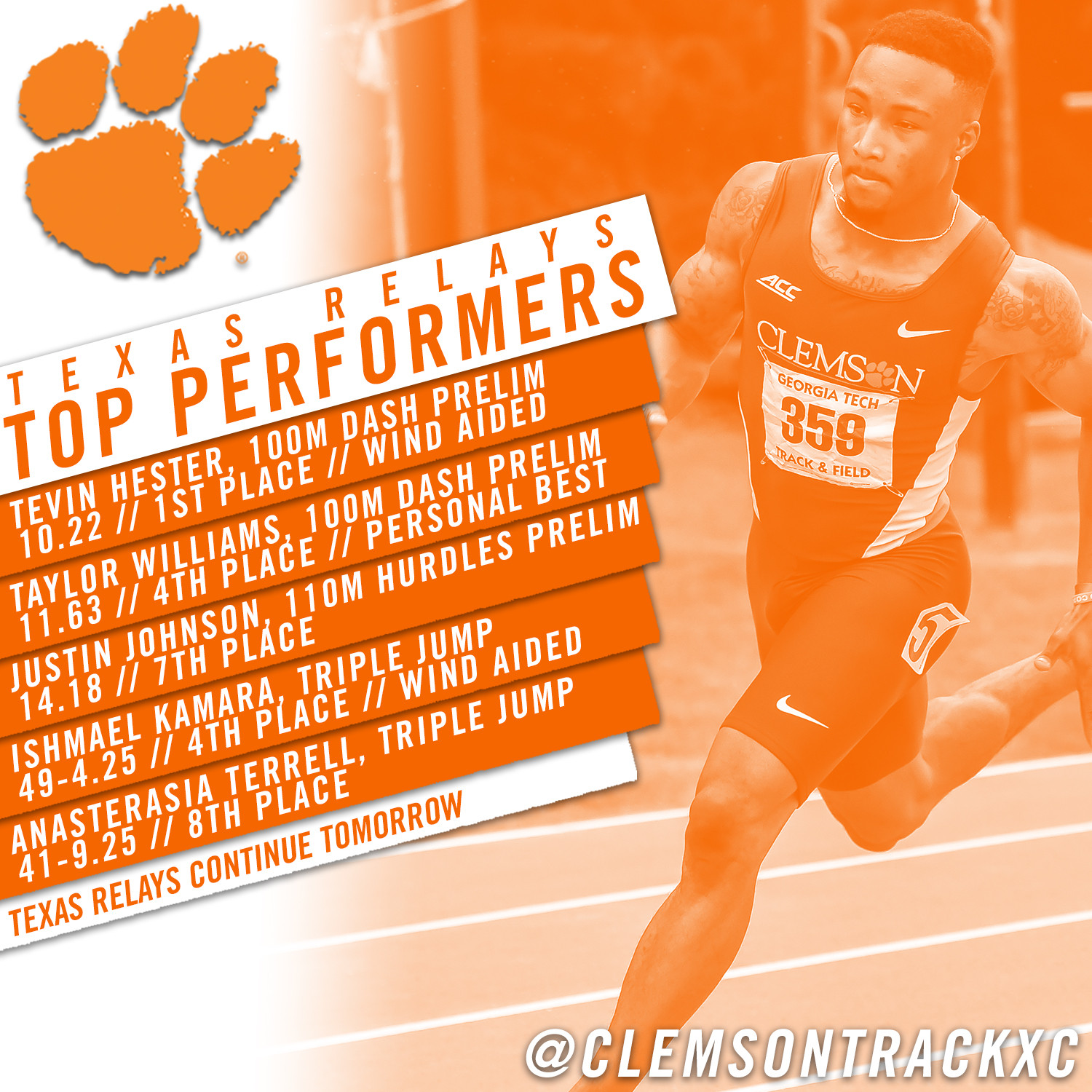 Hester had the top time in the 100 dash prelims, posting a wind-aided 10.22 to open his senior campaign in the event. He moved on to Saturday’s final, as did Taylor Williams after matching her season best with an 11.63 on the women’s side. Justin Johnson moved on in 110 hurdles qualifying after producing a windy 14.18 time.

Both 4×100 groups advanced to Saturday finals. The men posted the sixth-best qualifying time in 40.40, while the women posted a 45.54 to nab the ninth and final slot for the final.

The women’s sprint medley relay took third place with a time of 3:55.30, while the men placed fifth overall with an effort of 3:20.40.

Anasterasia Terrell was the top field athlete Friday, posting a season-best triple jump of 41-9.25 to finish in eighth position.

The Tigers saved their best performance for last, as the women’s distance medley relay took first place among 11 teams in the nightcap. The team of Brianna Blanton, Imani McGowan, Ersula Farrow and Kaley Ciluffo won the event with a time of 11:28.23. The school-record time was more than 17 seconds ahead of second place Texas A&M.

The Tigers return to action to conclude their efforts in Austin on Saturday, with the finals of several events as well as various invitational sections.