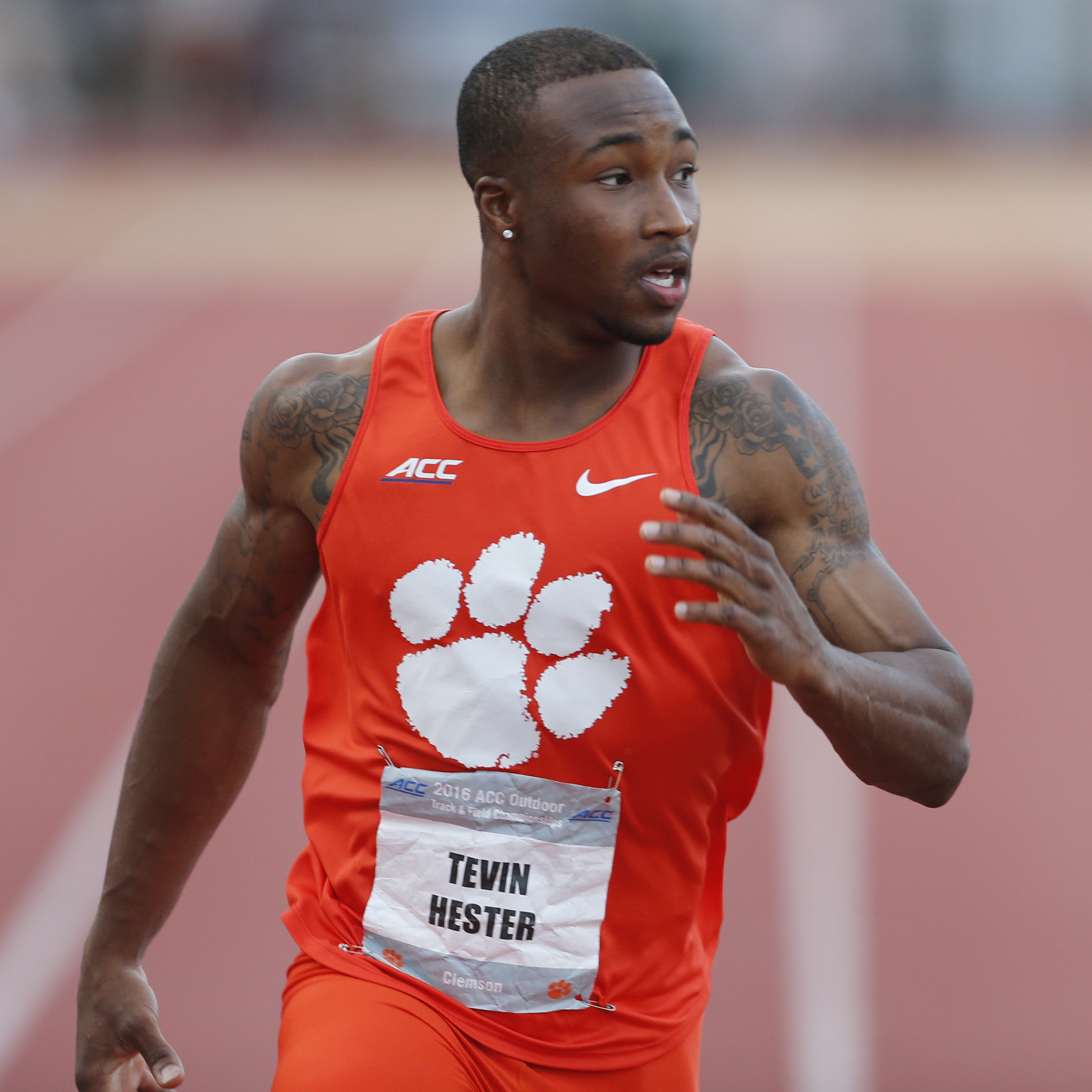 CLEMSON, S.C. — Mimi Land continued her late season surge and Tevin Hester joined her as Clemson’s NCAA Outdoor qualifiers Friday on day two of the East Preliminary Round in Jacksonville, Fla. Land advanced to the national meet in the high jump, her second bid in as many days, while Hester punched his ticket in the 100 meters.

Hester wrapped up his bid first, completing a safe first-place finish in a time of 10.22. He qualified for the 100 for the third time in his decorated career, and will go for a second bid on Saturday in the 200. He ran a time of 20.49 in the opening round Friday.

Land followed up on a long jump bid from the first day to secure a spot in the high jump competition at Hayward Field in two weeks. Land cleared two consecutive bars on a second attempt, the latter at a height of 5-10.75. That proved to be all she needed as one of the final 12 jumpers still alive in the end.

Deja Parrish and Taylor Williams both moved on to the women’s 200 quarterfinals. Parrish earned the slight edge with a time of 23.52 to Williams’ 23.59.

Ersula Farrow’s outstanding individual season came to an end Friday in the 800 meters. The freshman from Michigan posted a solid time of 2:05.11, finishing 14th in the field of 24 runners. Also seeing individual seasons close Friday were Deron Gordon in the men’s 400 hurdles (51.57) and James Quattlebaum in the 3000 steeplechase (8:59.29).

The final day of competition is Saturday, and will feature three relay prelims, both 200 quarterfinals and the qualifying rounds for the men’s and women’s triple jump. Live results are available at FlashResults.com.