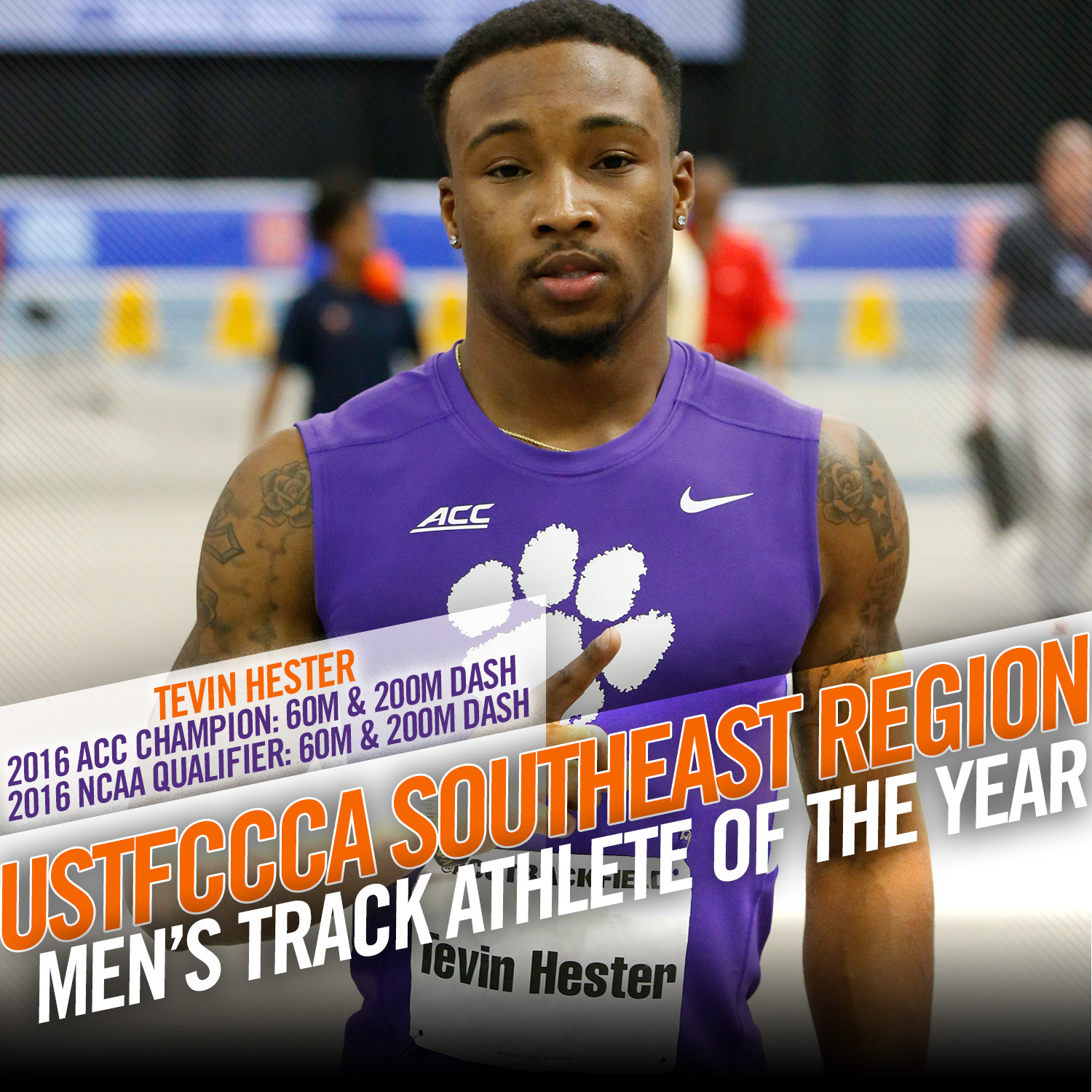 This season, Hester qualified for the NCAA Championships in the indoor 200 meter dash for the second time in his career at the Tyson Invitational with an indoor personal best, 20.71. The Oxford, North Carolina native went on to win his second indoor ACC Championship in the 200 meter dash with a time of 20.90 last weekend in Boston, Massachusetts.

His 6.63 in 60 meter dash during the first meet of the season would have qualified him for Nationals but he beat that time to win his first ACC Championship in the event, clocking in at 6.61. The time qualifies him for his fourth Indoor NCAA Championships competing in that event.

The NCAA Championships begin on Friday, March 11 in Birmingham, Alabama and will finish on Saturday, March 12. Hester is one of eight Tigers that will represent Clemson at the National Championships.