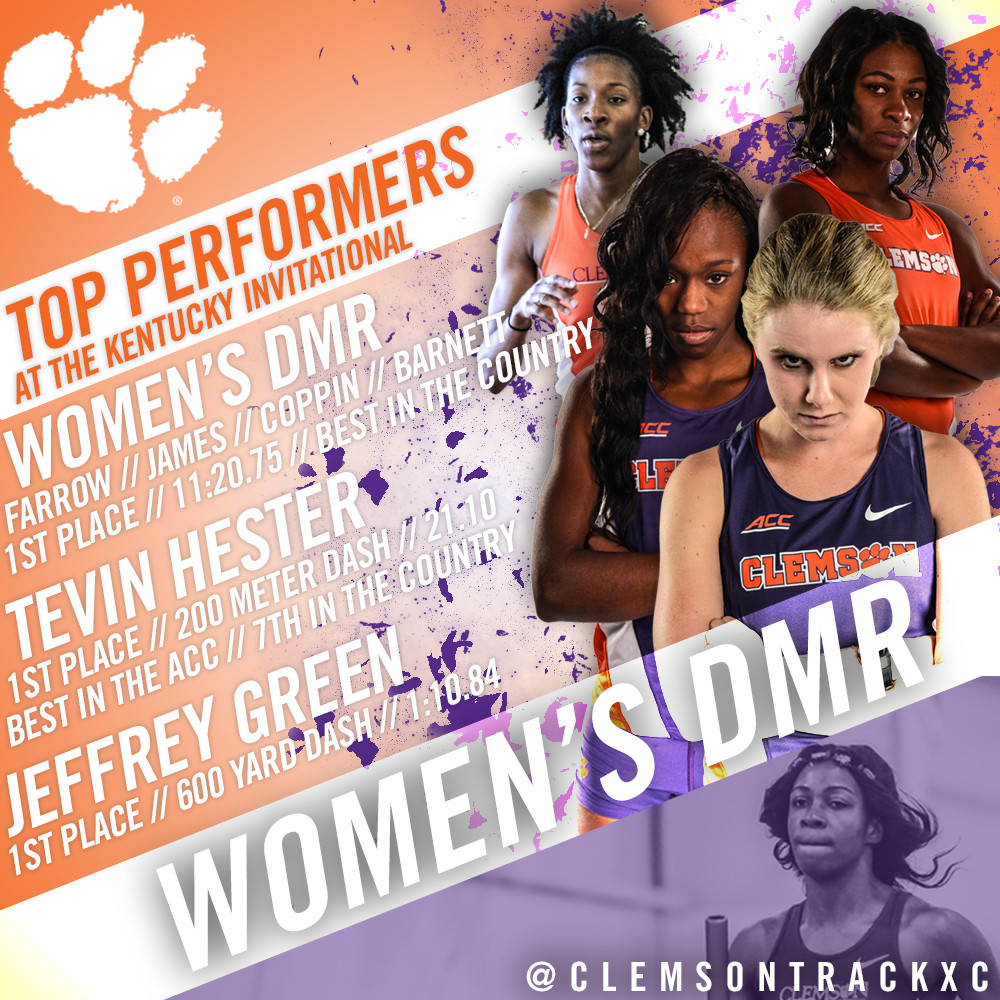 Hester And Women?s DMR Highlight Day One In Kentucky

LEXINGTON, KY. – Clemson finished day one of the Kentucky Invitational with eight finishes in the top eight of their respective events, including three first place efforts. The Tigers also turned in four personal best efforts on the evening.

Tevin Hester fired out of the gate to take first place in the 200 meter dash with the fastest time recorded in the ACC this season. The sprinter crossed the finish line at 21.10, which also stands as the seventh fastest time in the country.

The women saved their best for last as Ersula Farrow, Olivia James, Tanisha Coppin and Grace Barnett all contributed to the nation’s fastest distance medley relay time of 2016. Their combined time of 11:20.75 was also three seconds faster than the runner-up.

Jeffrey Green finished with fastest time in the 600 meter dash, clocking in at 1:10.84. Michael Cheeks wasn’t far behind at 1:11.89, earning him fifth place in the event. In women’s sprints, Taylor Williams finished the 200 meter dash with a personal best 24.27 for a seventh place performance.

The rest of Clemson’s quality efforts came from the field as Mimi Land and Quanterious Caldwell each placed in the top six in the high jump. Land posted a height of 5-10.75, while Caldwell finished with a jump measuring 6-6.25 for sixth place.

Chris McBride placed seventh in the long jump, leaping 23-5.25 and Ishmael Kamara finished with a personal best mark of 22-5 in his 2016 debut. Throwers Joe Cline and Danielle Borriello each threw personal bests in the weight throw. Cline threw 52-11 and Borriello posted a mark of 50-10.75.