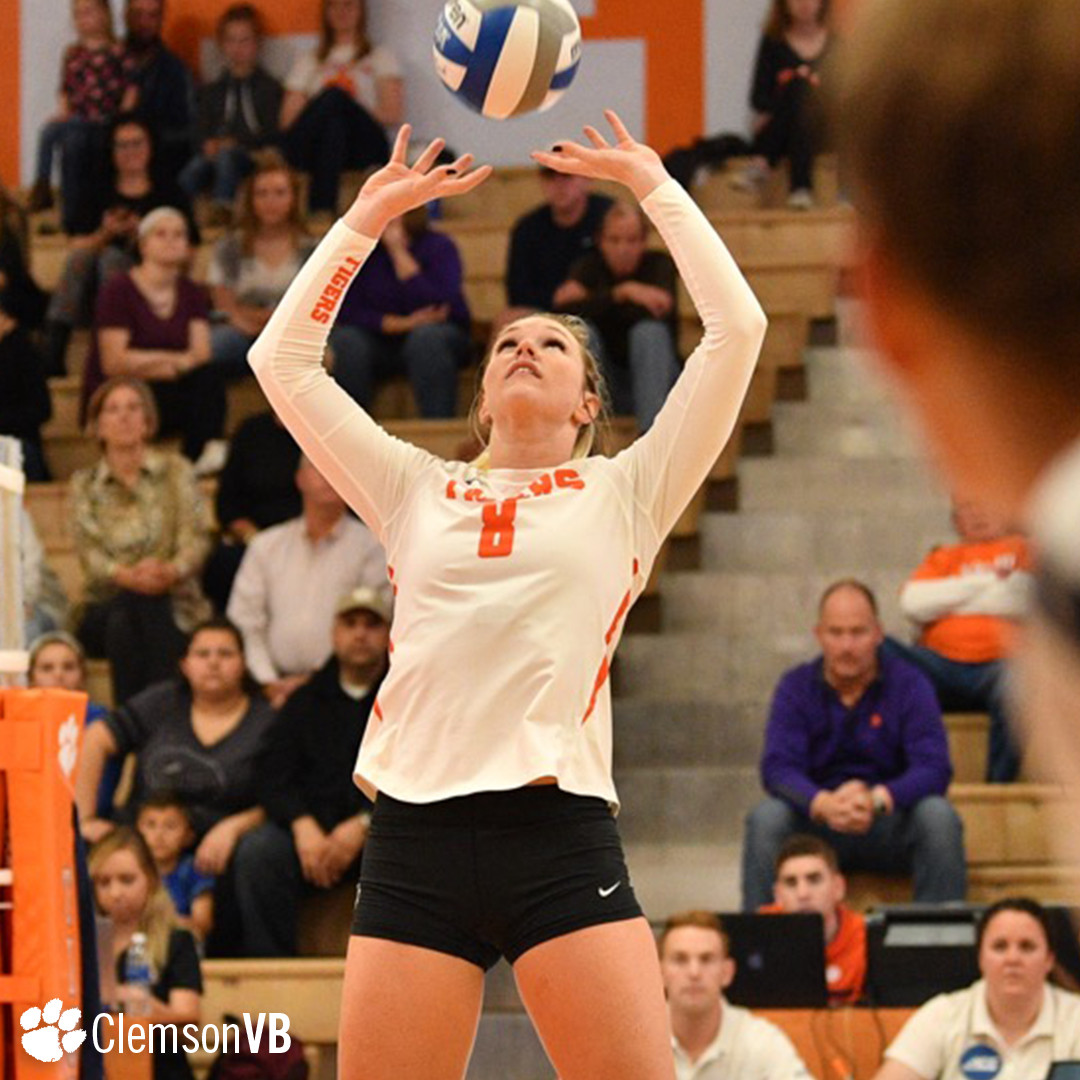 Clemson trailed from the beginning, falling behind to a 9-4 deficit to open the first. Florida State embarked on a 9-0 run to close the set, 25-9.

The Tigers looked better in the second and used a 4-0 run, featuring back-to-back kills by Harvell, in the middle of the set to narrow the FSU lead to 14-12. With the score 21-16 in favor of the Seminoles, the Tigers capitalized on an 8-3 run, including Megan McGinley service ace, which tied the set, 24-24. On the next play, FSU gained the sideout on a Seminole kill and went on to claim the next point and the set, 26-24.

S3 | Kailey Harvell and Jaden Light team up for the second time of the match to block FSU at the net. #Clemson🏐 pic.twitter.com/IhsL5KX6yB

Up next, Clemson returns to Jervey Gym Friday Nov. 24 to host Miami (19-5, 13-5 ACC) at 2 p.m. Friday’s contest will serve as the Tigers’ Senior Day in which setter Keely Hayes, defensive specialist Kennedy Wilson-Talmadge and current student assistant and former outside hitter Meghan Hanewall will be honored. Live stats for Friday’s contest can be accessed on clemsontigers.com.