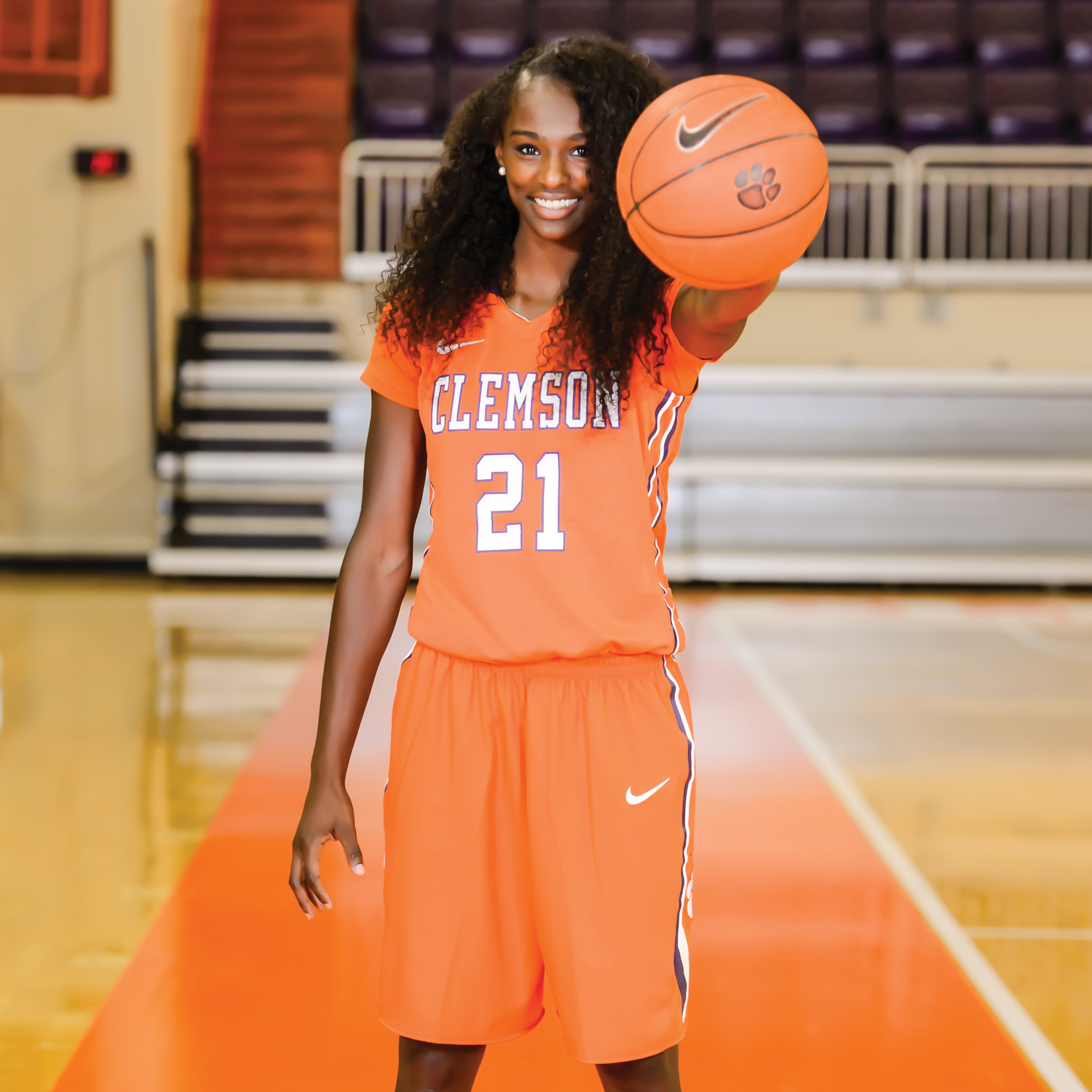 Back in 2011, there was a senior out of Milton High School near Alpharetta, Ga. who played all over the place. She averaged 15.3 points per game and dished it out aplenty (3.5 assists per game) to teammates. And she picked opponents’ pockets (4.1 steals per game) with much frequency. She led her team to the Final Eight of the AAAAA state playoffs and was selected to play in the Florida-Georgia All-Star Game en route to becoming a McDonald’s All-America nominee.

Fast forward several years and that same scoring, rebounding, assisting, charge-taking player, among many other things, is the 23rd and most recent Tiger to reach 1,000 career points.

Although if Nikki Dixon had it her way, there would be no fast forwarding at all.

Dixon came to Clemson in the fall of 2011 as the nation’s No. 49 guard by ESPN. She settled in nicely and immediately made an impact, playing all 28 games with 27 starts. She was named to the All-ACC Freshman team, but she looks back now with plenty to tell her freshman self.

“Relax!” said Dixon with emphasis and a chuckle. “If I could go back, I’d tell my younger self to take your time and don’t rush. Enjoy it all! Try not to think too much about your future and enjoy the four years that you’re blessed with.

Dixon has certainly made the most of her time at Clemson. She led the Tigers in scoring (12.4) and steals (2.6) in her rookie campaign, becoming the first freshman to lead the squad in scoring since Chrissy Floyd in 2003. She was also just the fifth freshman in school history to accomplish the feat.

Fast forward again to reach her junior year, one in which she reached 1,000 career points. She finished the year with 1,141 points, 17th on the Clemson list.

Dixon is ninth on the all-time steals list (185). She took a career-high 12 charges last season, proving that the big-time stats are not all she plays for. All of this came in a season after a coaching switch from the staff that had originally recruited Dixon.

“Just like you deal with everything else in life, you adjust to it,” she said. “I think in life, you’re going to be dealt cards that weren’t laid out for you when you signed up.”

One can choose to fast forward the tale of Dixon, but she prefers to pause and take everything in, perhaps even preferring to rewind for a minute. Such was the case when asked to give her favorite moment, or moments, as a Tiger.

“There are two moments that I think of,” said Dixon, getting increasingly animated the more she went on. “The first is beating UNC for the first time in Chapel Hill (52-47 in 2012-13). We played so well as a team, and that feeling can never be taken away or forgotten.

“I have a couple of friends from Georgia Tech, so it was nice to get a win over them last year in overtime. Those are great games, and when you start winning games like that, all the bad stuff, all the transitions of coaches and so much of all the adversity goes out the window, and you just remember the joy you felt in that moment. Those high moments make you realize why you fell in love with the game in the first place.

“That’s what makes it worth it.”