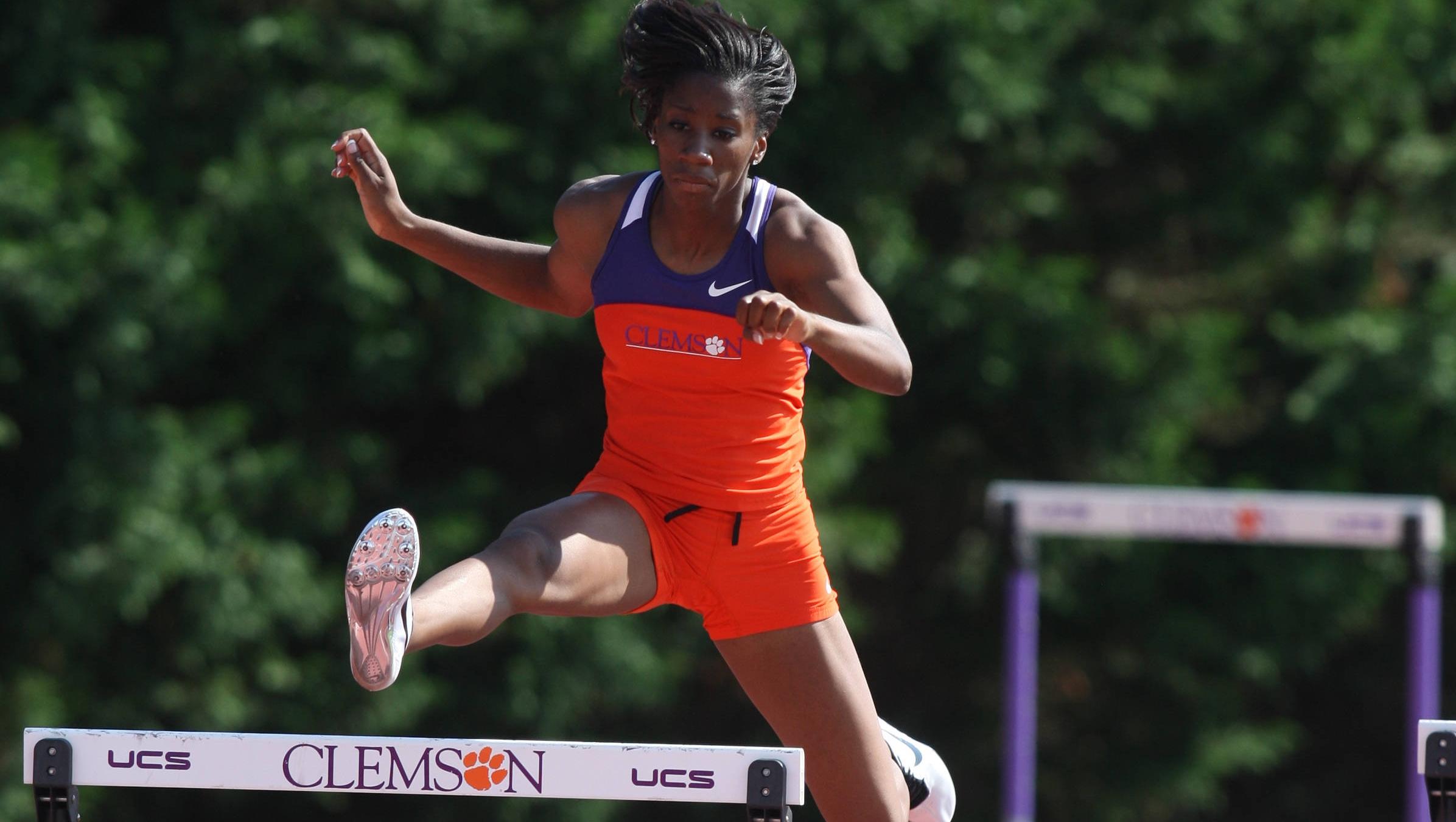 CLEMSON, SC – Clemson sophomore Keni Harrison finished fourth in the 400 hurdles Friday at the NCAA Outdoor Track & Field Championships in Eugene, OR. Her finish was the best in program history for a female in the 400 hurdles, highlighting day three for the Tigers from Historic Hayward Field.

Harrison clocked a time of 55.75 in what turned out to be the fastest competition in NCAA history, as Stanford sensation Kori Carter set a collegiate record with a winning time of 53.21. The previous best finish by a Tiger female in the 400 hurdles was sixth by Nikkie Bouyer in 1999. Harrison is in line for her first individual first-team All-America honor with the performance.

She will take to the track two additional times Saturday. She will first run with the 4×100 relay in the final at 5:05 PM ET. She will then compete alongside teammate Brianna Rollins in the final for the 100 hurdles at 6:09 PM. Both events will be televised live by ESPNU. Also competing for the Tigers on Saturday will be Dezerea Bryant in the women’s 200 dash final (5:43 ET) and Spencer Adams in the 110 hurdles final (6:16).

Reggie Lewis also scored Friday in his first NCAA appearance. The sophomore out of Albany, GA took eighth place in a windy 100 dash final, clocking a time of 10.24. Lauren Terstappen was also in action Friday, though she did not pass the opening height of the pole vault.