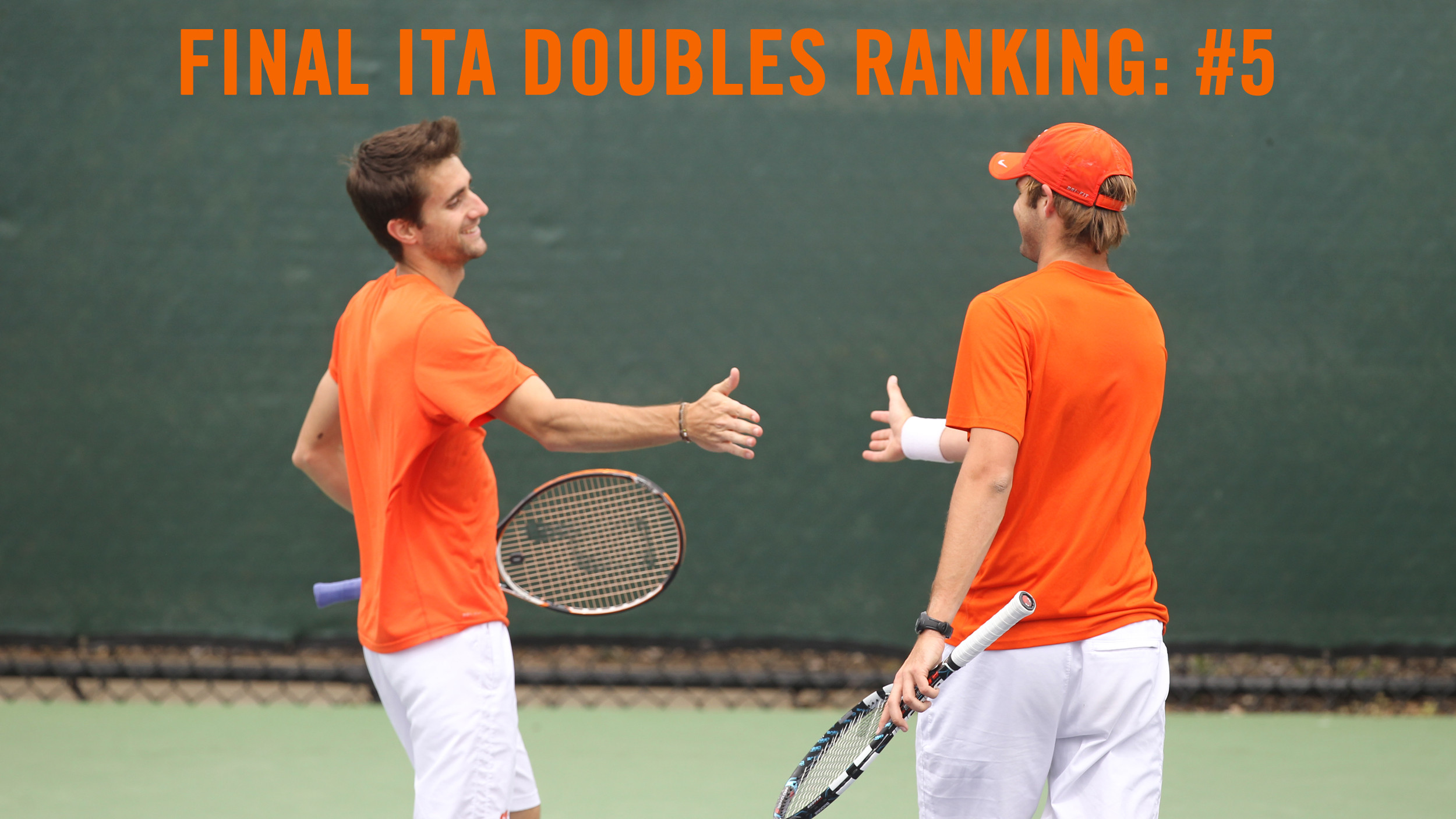 CLEMSON, S.C. – The duo of Hunter Harrington and Dominique Maden is ranked fifth in the final doubles poll released by the ITA on Wednesday. It is the best final national ranking for a Clemson doubles team since 1985, and the second-best finish in program history.

The junior from Spartanburg, S.C. and the senior from Stuttgart, Germany were 23-1 in dual matches in 2014 and 31-4 overall. Last month, the pair earned All-America honors and became just the third doubles team in Clemson history to advance to the semifinals of the NCAA Doubles Championships. During the tournament run, Harrington and Maden defeated the doubles teams ranked #6 (Kopinski & Guignon, Illinois – Round of 32), #32 (Jones & Huegas, VCU – Round of 16) and #3 (Austin & Lipman, Vanderbilt – NCAA Quarterfinals) in the final poll, before falling to the eventual National Champions, top-ranked Libietis and  Reese of Tennessee.

Only one Clemson doubles team finished a season with a higher national ranking than Harrington and Maden, as Richard Matuszewski and Brandon Walters were fourth in the final poll in 1985. Maden has finished in the top 10 in the final doubles poll two consecutive years, as he and his brother Yannick were ranked eighth following the 2013 season.

The Clemson team finished the 2014 season with a 21-9 overall record, the program’s first 20-win season in seven years, a trip to the second round of the NCAA Championships and a final national ranking of 22nd.