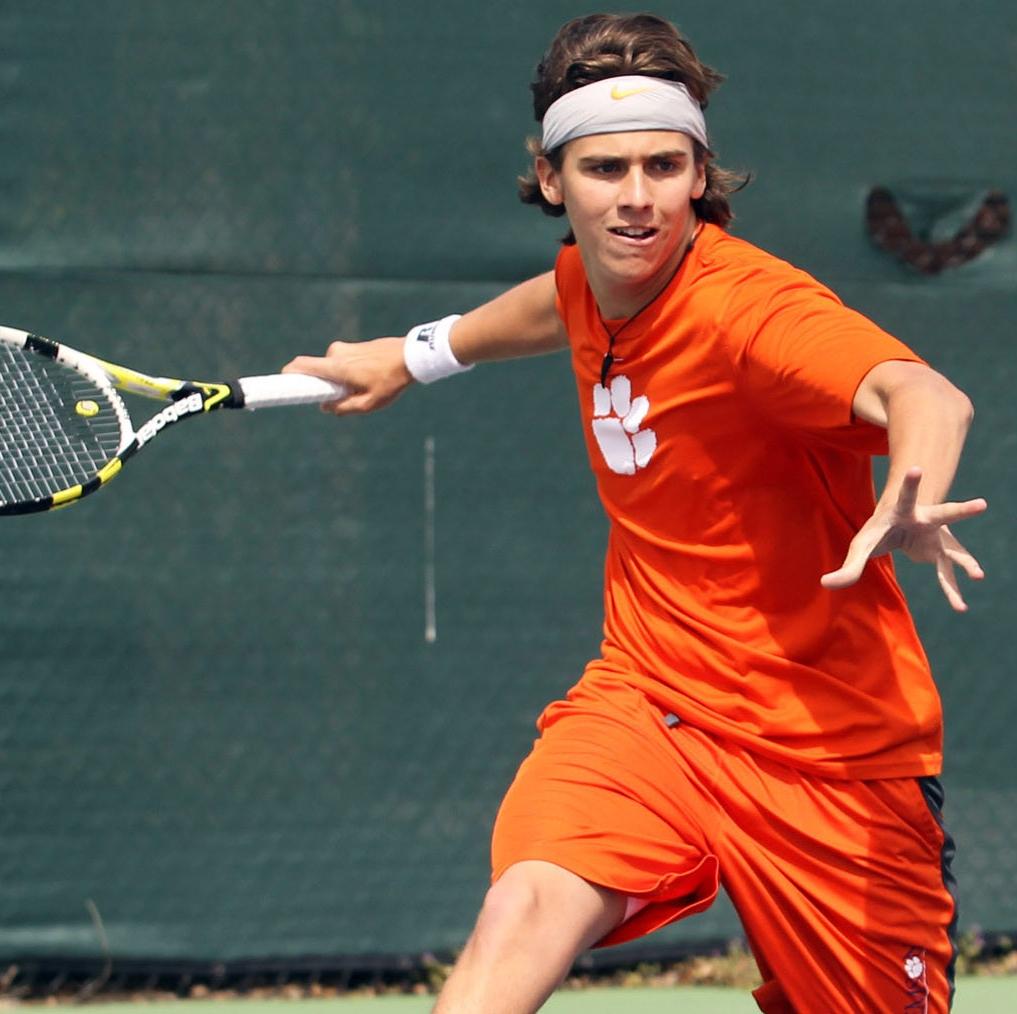 CLEMSON, S.C. – Seniors Hunter Harrington and Alejandro Augusto advanced to the men’s doubles final at the ITA Carolina Regionals to be played in Cary, N.C. on Monday, Oct. 20.

The pair knocked off the team of Brett Clark and Brayden Schnur from North Carolina, the tournament’s No. 1 seed and eighth-ranked doubles team nationally, in the semifinals on Sunday. Augusto and Harrington dropped the first set 4-6, before winning the second set 7-6(3) and the super tiebreak 10-7.

Augusto and Harrington earned a first round bye in the tournament by virtue of being the No. 3-seeded team in the draw, and went on to win four straight matches, including the semifinal win over Clark and Schnur.

A complete recap with full results from the Clemson team will be available on ClemsonTigers.com at the conclusion of the tournament tomorrow.