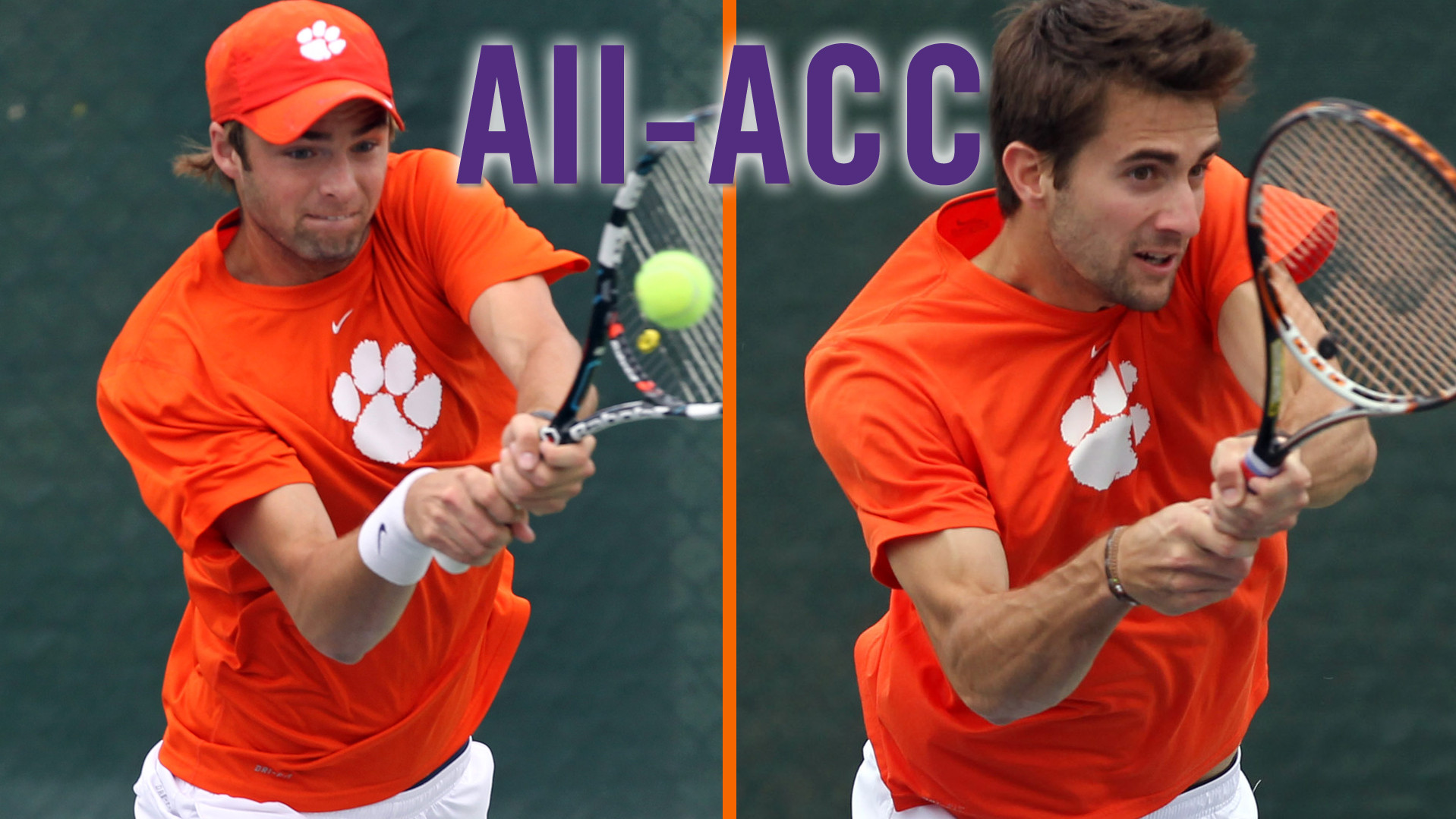 CLEMSON, S.C. – One day after receiving invitations to play in the NCAA Individual Singles & Doubles Championships, Clemson’s Hunter Harrington and Dominique Maden were named to the 2014 All-Atlantic Coast Conference Men’s Tennis Team. The teams were determined by a vote of the ACC’s 12 head coaches

Harrington was a first-team selection in 2014, earning all-conference honors for the second-straight year. The junior from Spartanburg, S.C. has a 22-12 record overall in singles, a 15-9 mark in dual matches and a 5-6 record in ACC play, playing primarily at flight one. He is ranked 48th nationally in singles according to the ITA poll released earlier today.

Maden was named to the league’s second team, his first career all-conference honor. The senior from Stuttgart, Germany is 18-9 overall, 15-6 in dual matches and 7-3 in conference play, and is ranked 80th in the nation in singles. In 2013, Maden earned All-America honors in doubles and, with Harrington in 2014, is ranked ninth nationally and has a 21-1 record in dual matches.

The Clemson team is ranked 21st in the nation according to today’s ITA rankings release. The Tigers are the No. 2 seed in the Lexington, Ky. Regional and face No. 3-seed Purdue in the NCAA First Round next Friday, May 9 at 12 p.m.