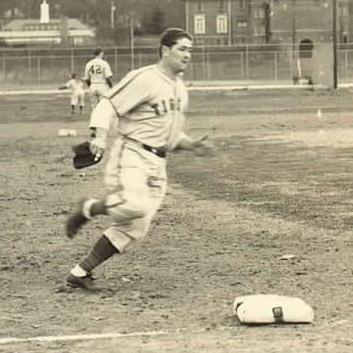 Clemson, S.C.—Former Clemson football and baseball star Dick Hendley passed away at his home in Greenville, S.C. on Friday, October 31.  The Clemson Hall of Famer was 88 years old. Hendley lettered four years in football and three years in baseball for the Tigers between 1946-51.  He was a star blocking back on Frank Howard’s Clemson’s football teams of 1946, 1948, 1949 and 1950.   He was named the winner of the Jacobs Blocking Trophy for the state of South Carolina as a senior in 1950. Hendley played on two undefeated Clemson teams, the 11-0 team of 1948 that beat Missouri in the Gator Bowl, and the 9-0-1 team of 1950 that beat Miami (FL) in the Orange Bowl.   Both teams finished in the top 11 of the final AP poll.  The native of Greenville, S.C. and graduate of Greenville High was drafted in the 22nd round by the Pittsburgh Steelers in 1951 and played for the Steelers that season.  He was one of six players drafted off of Clemson’s 1950 football team. On the baseball diamond, Hendley was a starter from 1949-51.  He was a catcher on Clemson’s 1950 team that finished with a 20-11 record and reached the NCAA District III Playoffs.  In 1951 the Tigers finished 18-7 overall, 16-2 in the Southern Conference. He paced the team in RBIs and triples that season. A .350 hitter for his career, Hendley’s finest day on the baseball diamond took place on May 4, 1951 when he had two triples and two home runs among five hits and six RBIs in a victory over Davidson. He remains the only player in Clemson history with two triples and two home runs in the same game and his 15 total bases that day are still second best in Clemson history. Hendley was inducted into the Clemson Athletic Hall of Fame in 1984.   He is the grandfather of former Clemson All-America golfer Lucas Glover, who won the 2009 U.S. Open.  Glover credits Hendley with introducing him to the game of golf.  Hendley and Glover are the only grandfather and grandson combination in the Clemson Athletic Hall of Fame.

His son Richard was a football letterman from 1980-82 and was the starting punter in 1980.  He was a member of Clemson’s 1981 National Championship team.