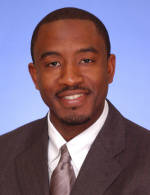 CLEMSON, SC – Cristy McKinney, Head Women’s Basketball Coach at Clemson, has announced the hiring of A.G. Hall as Assistant Coach and Recruiting Coordinator on her staff. Hall comes to Clemson following a six-year stint as an assistant with the Providence College women’s program.

“AG Hall is one of the bright young coaches in this business,” said McKinney. “He is knowledgeable and intense on the court and relates well with players. I’ve always believed that recruiting is a team effort. Coach Hall’s personality, contacts and organizational skills will definitely be important in the recruiting efforts of our staff. I am really happy to have such a quality person and coach join Lady Tiger basketball.”

Hall will oversee all recruiting efforts while working with both the post and perimeter players on the court. He succeeds Shanice Stephens, who was named the Head Women’s Basketball Coach at North Texas, and will look to build upon two straight top-40 ranked signing classes.

“I am excited to be a part of the basketball tradition at Clemson University,” Hall said. “I appreciate the opportunity Coach McKinney has given me to contribute to the Lady Tiger program.”

In his most recent season with the Friars, Hall coached Mi-Khida Hankins to BIG EAST All-Freshman Team honors as the rookie averaged 10.4 points per game with a 4.0 rebounds per game figure. He helped Providence to nearly triple its win total from his first three seasons in the final three years of his tenure.

Prior to joining the staff at Providence, Hall served as assistant women’s basketball coach at North Carolina Central University for two seasons (2000-2002).

During his first season at NCCU, Hall orchestrated an Eagle defense that finished No. 4 in NCAA Division II Women’s Basketball. His contributions helped the Eagles post a 16-game winning streak, maintain an undefeated home record for two seasons and earn a first-ever at-large bid to the NCAA Tournament. Hall served as the recruiting coordinator for the Eagles and was responsible for arranging off-campus recruiting visits and official visits for prospects.

During the 2001-02 season, Hall helped guide the Eagles to a regular-season conference championship and an appearance in the NCAA Division II round of 16. He also aided in the development of 2002 WNBA Draft Pick, Amba Kongola, who became the first women’s basketball student-athlete in school (and Central Intercollegiate Athletic Association) history to be drafted into the WNBA when the Phoenix Mercury selected her with the 56th pick. Hall also developed Zakia Vanhoose and Shenika Worthy who were both honored as All-CIAA Conference and HBCU All-Americans. Hall’s first recruit, Tiona Beatty, earned CIAA Conference honors twice and scored over 1,200 points for her career.

Hall earned his degree in business administration from North Carolina Central University in 1998. He and his wife, Donna, have two sons, Kamran and Benjamin.