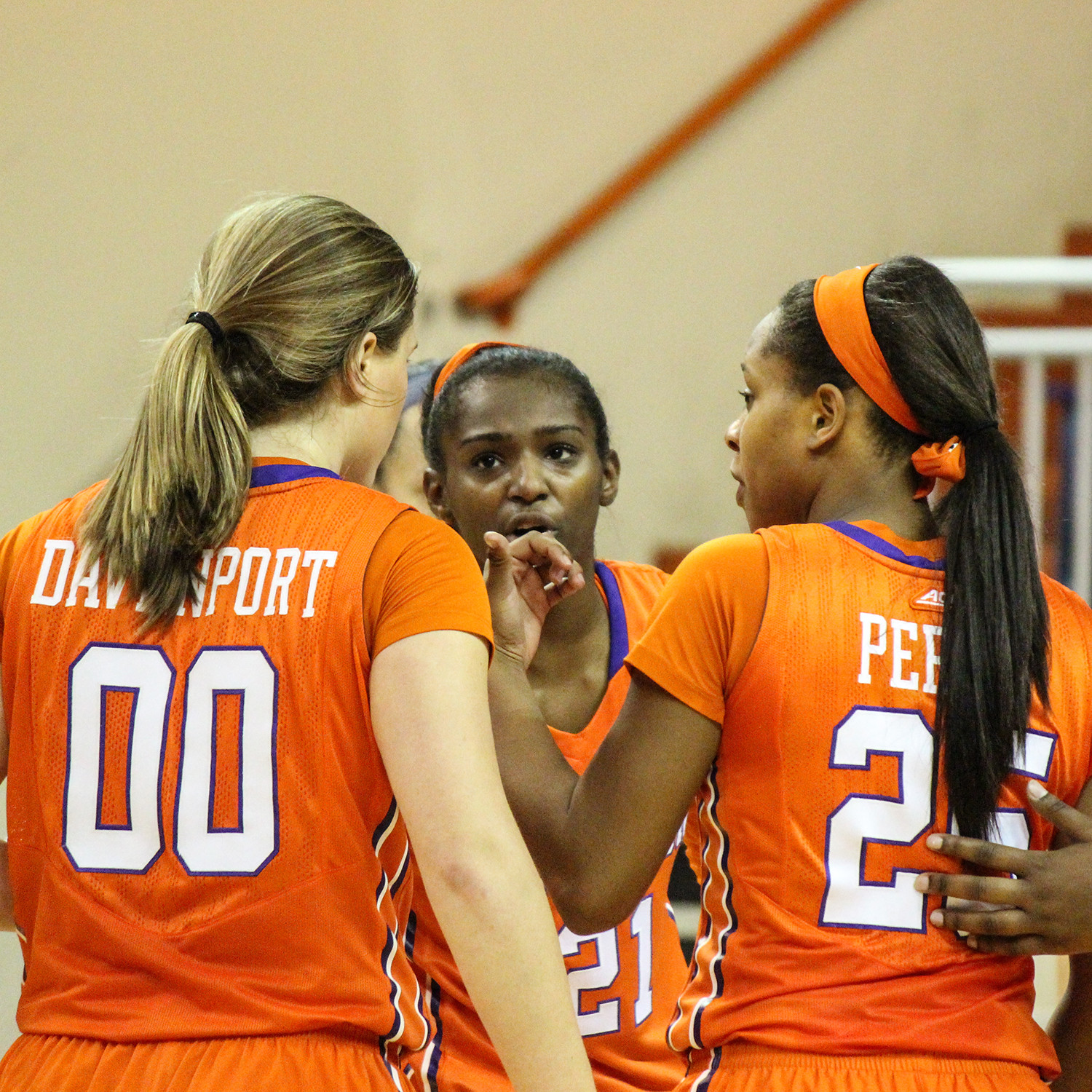 Three-year letterwinner Kelly Gramlich holds the Clemson single-game record for three-pointers with eight. Now, she is a graduate student, and holds the keys to victory in today’s game:

Fun Fact of the First Half:The Tigers did an excellent job of taking care of the basketball in the first half, only turning the ball over to the Highlanders four times.