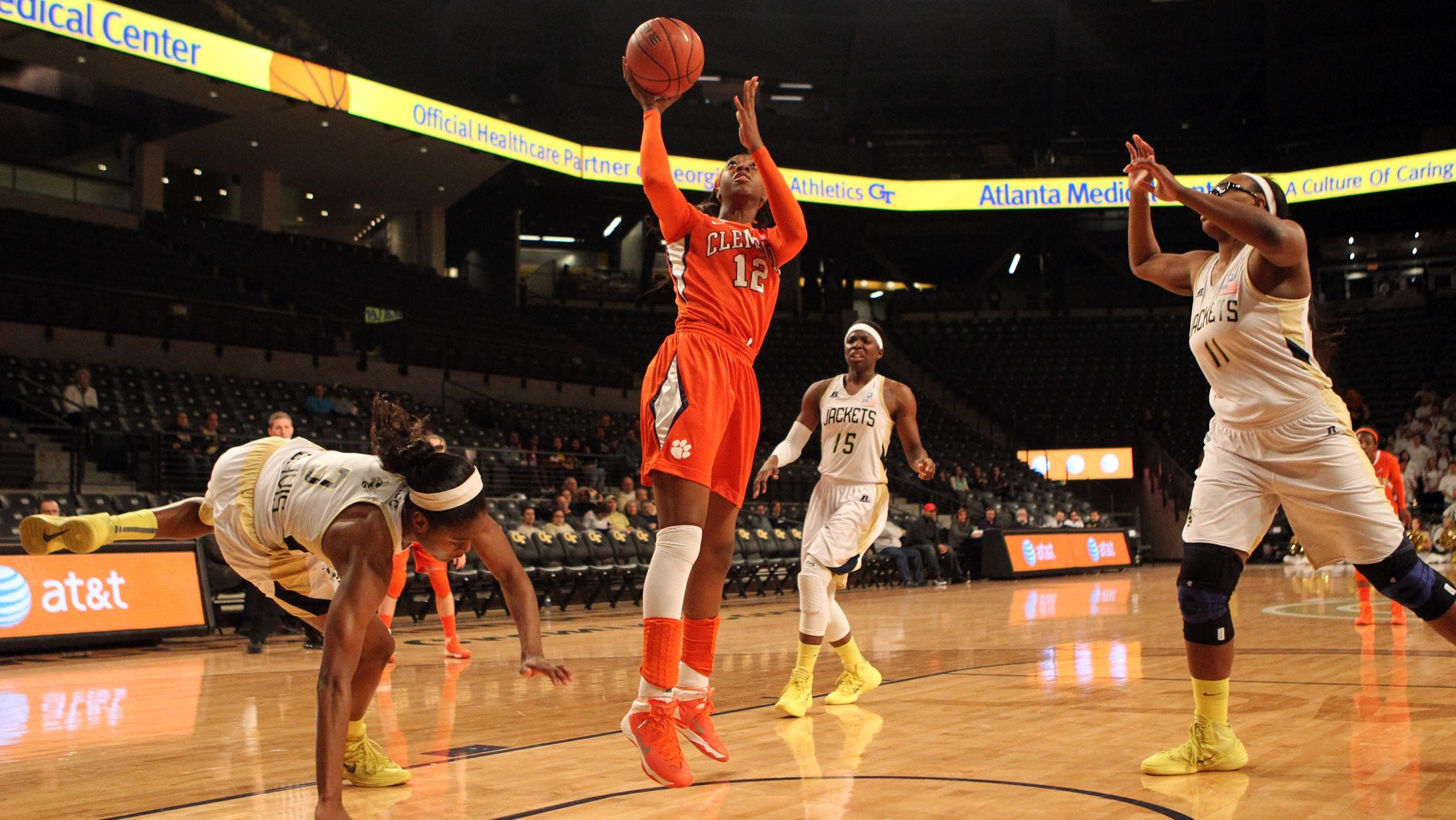 Clemson, SC– After a hard-fought first half, the Clemson Tigers were able to fend off a last-second surge by the 10th-ranked NC State Wolfpack to maintain a 34-30 lead in Littlejohn Coliseum Thursday afternoon.  Nikki Dixon and Quinyotta Pettaway had ten points each to lead Clemson. The Tigers have done an excellent job attacking the basket.  Nikki Dixon and company have remained aggressive converting difficult drives to points.  Clemson currently has 20 points in the paint on 10-15 shooting in close range.   Defense has been the calling card of this Tiger team and the defense was superb the first half.  The Tigers committed three fouls throughout the half as the Wolfpack were only able to reach the foul line once.  Three-point defense was particularly stingy as NC State was only 3-12 shooting from behind the arc. Wolfpack star Kody Burke averages 15 points per game was held to only a basket in the first half of action.  Nyilah Jamison-Myers and Pettaway have provided solid defense against the tough assignment of guarding Burke and 6-5 center Markeisha Gatling. While it will be hard to sustain shooting 60.9% from the field, Clemson must continue shooting good shots and that means aggressively attacking the basket.  Dixon’s driving ability has led to easy baskets as Dixon has converted and has also found the open shooter around the floor.  It’s no secret that high-percentage shots leads to a higher shooting percentage. While the defense on Gatling has been solid, the Tigers must rotate to double-team the center when she has the ball in the post.  Gatling is the lone wolf with a good shooting day recording ten points on 5-6 from the floor.  Burke is eventually going to start making shots, but Clemson cannot lose the game in the post where the Wolfpack have been excellent this season.