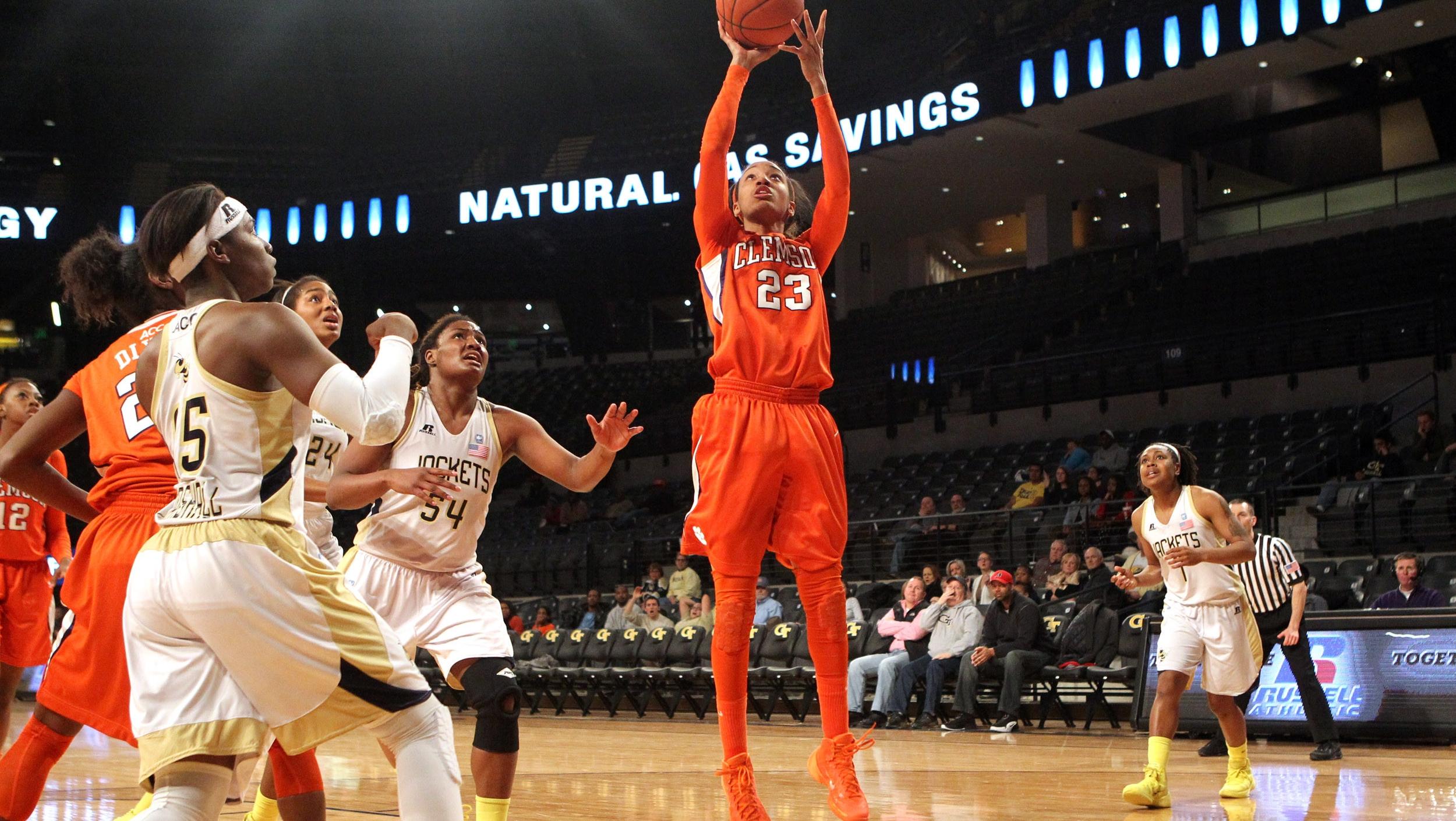 After shooting 54.5% from the field, the Clemson Tigers lead the Boston College Eagles 41-36 at the half.  The Tigers were led by Chancie Dunn’s 17 points including a buzzer-beater to end the period. The Eagles began the game red-hot from the field, quickly building an 11-point lead at the 11:08 mark.  A Quinyotta Pettaway layup ignited a 19-5 run as Clemson was able to seize a lead it would not relinquish. Chancie Dunn brought her superman cape out tonight scoring from everywhere on the court.  Dunn totaled 11 points last week against NC State and her confidence carried over into the first half.  The graduate student excels at mid-range jumpers and is hard to stop when she is driving to the basket which she has done with ease so far tonight. Three-point defense has been an Achilles Heel for this young team and tonight was no different.  Boston College nailed five of its first six attempts from long range, benefiting from wide open looks.  In the last three games opponents have connected on 32 3-pointers.  The Tiger defense as a whole stalled early allowing nine assists and forced 0 turnovers.  The defense forced its first turnover at the 9:51 mark sparking a defensive turnaround where the Tigers only allowed 2 assists and forced eight turnovers. The 41-point outburst was the second most points scored in a half during ACC play and the Tigers must continue to score around the rim.  Clemson has converted 10 of 12 layups and have outscored the Eagles 22-8 in the paint. The Eagles shoot about a third of their total attempts from behind the arc on the season and the Tigers must do a better job guarding the deep threats.  Boston College guard Nicole Boudreau was 4-5 from long range and must be contained in the second half.