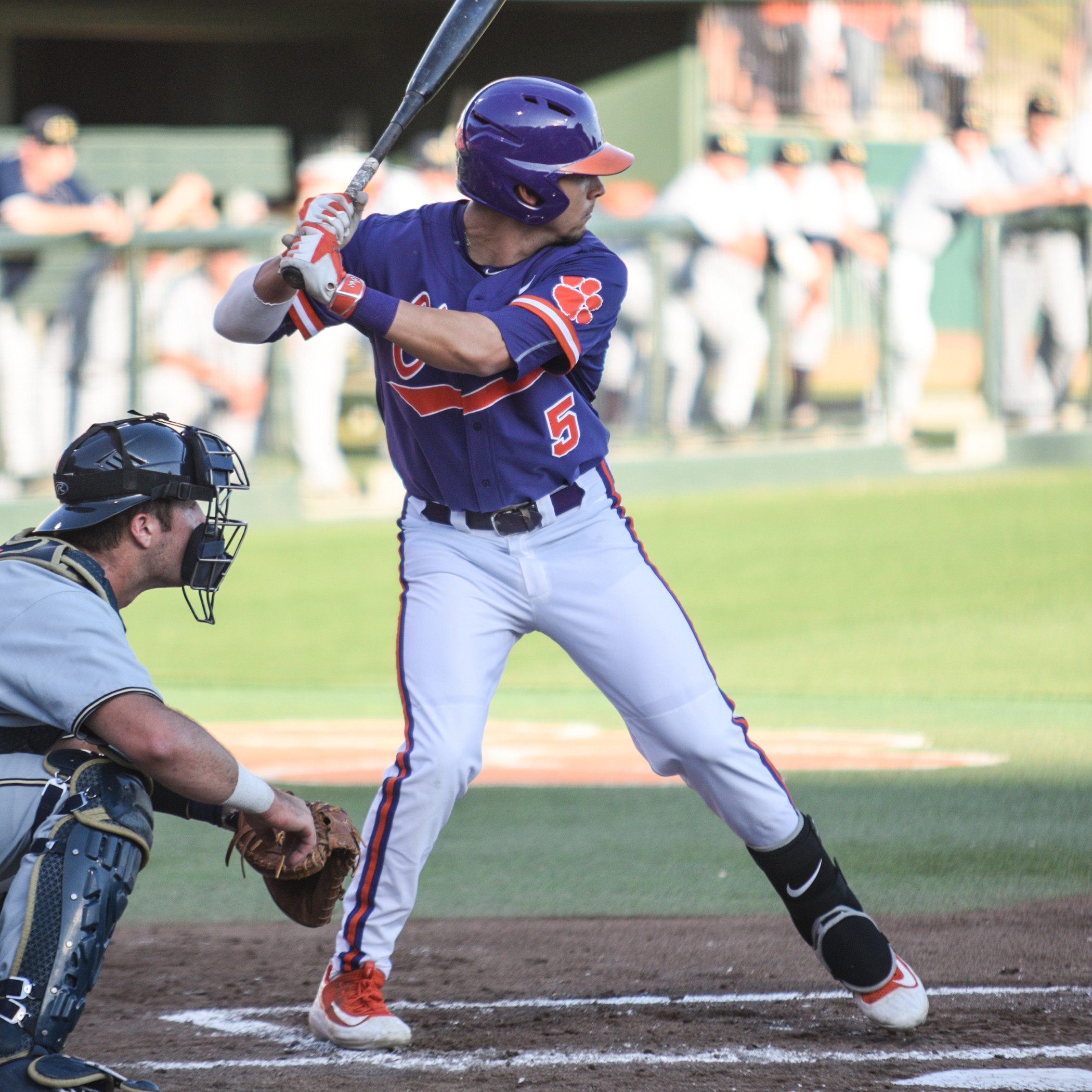 Tristin English hit a three-run homer in the top of the first inning to highlight the Yellow Jackets’ four-run frame. Chase Pinder hit a solo homer, his ninth long ball of the year, in the bottom of the first inning. But Georgia Tech, who totaled 21 hits and four home runs in the game, added two runs in the second inning and five runs in the fourth inning before English belted his second homer of the game in the fifth inning.

Ben Parr (7-0) pitched 5.0 strong innings in relief to earn the win. He gave up just one hit, no runs and one walk with four strikeouts. Tiger starter Alex Eubanks (2-4) suffered the loss, as he yielded four runs on five hits in 0.1 innings pitched.

The series concludes Sunday at 1 p.m. Live video is available for free on TigerCast at ClemsonTigers.com. Fans can purchase four tickets and a $10 concession voucher for only $30.