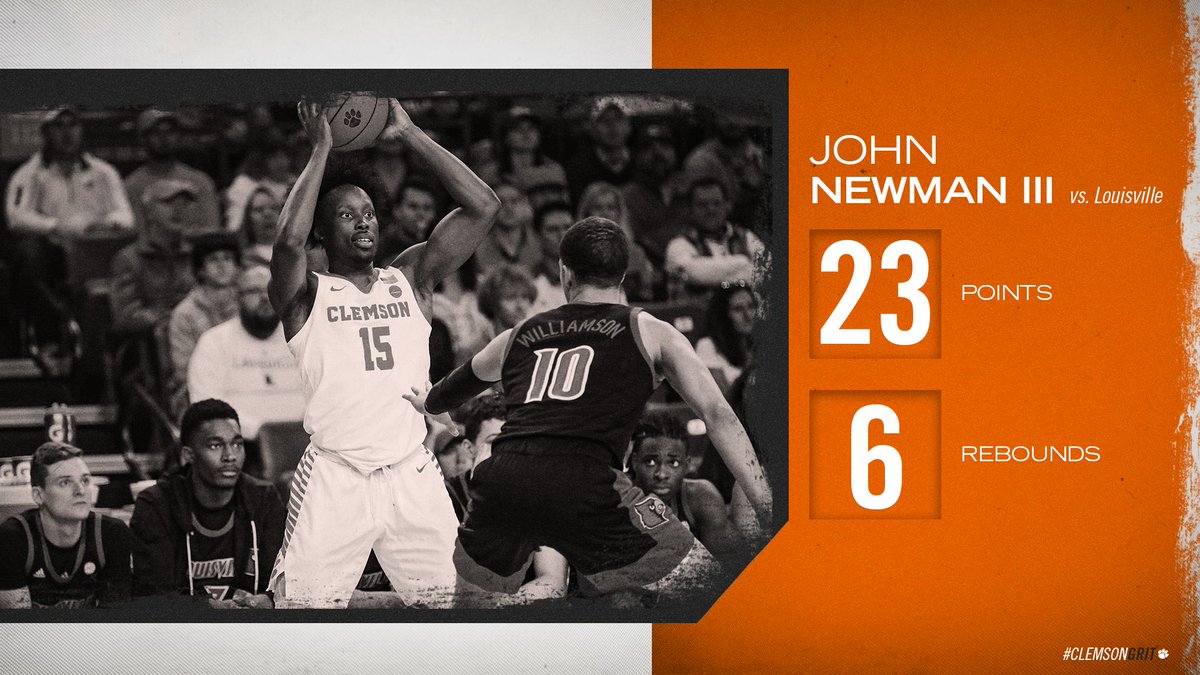 John Newman Ⅲ scored a career-high 23 points in Clemson’s upset of No. 5 Louisville on Saturday afternoon inside Littlejohn Coliseum. It is the second time the Tigers have defeated a top five team (in both AP and Coaches poll) on the hardwood at home this season, defeating No. 3 Duke on Jan. 14th.

Newman scored 23 points, passing his career-best of 17. The sophomore shot 7-for-9 from the field and 2-for-3 from downtown. Newman was also perfect from the charity stripe, hitting all seven of his free throws. He grabbed six rebounds, collected two steals and one block.

“We had some slip-ups, where we let [Louisville] get back into the game, but we did a really good job of refocusing ourselves and staying the course,” said Newman. “We know teams can put together runs, but we just stayed focused the whole game, so shout out to my team.” 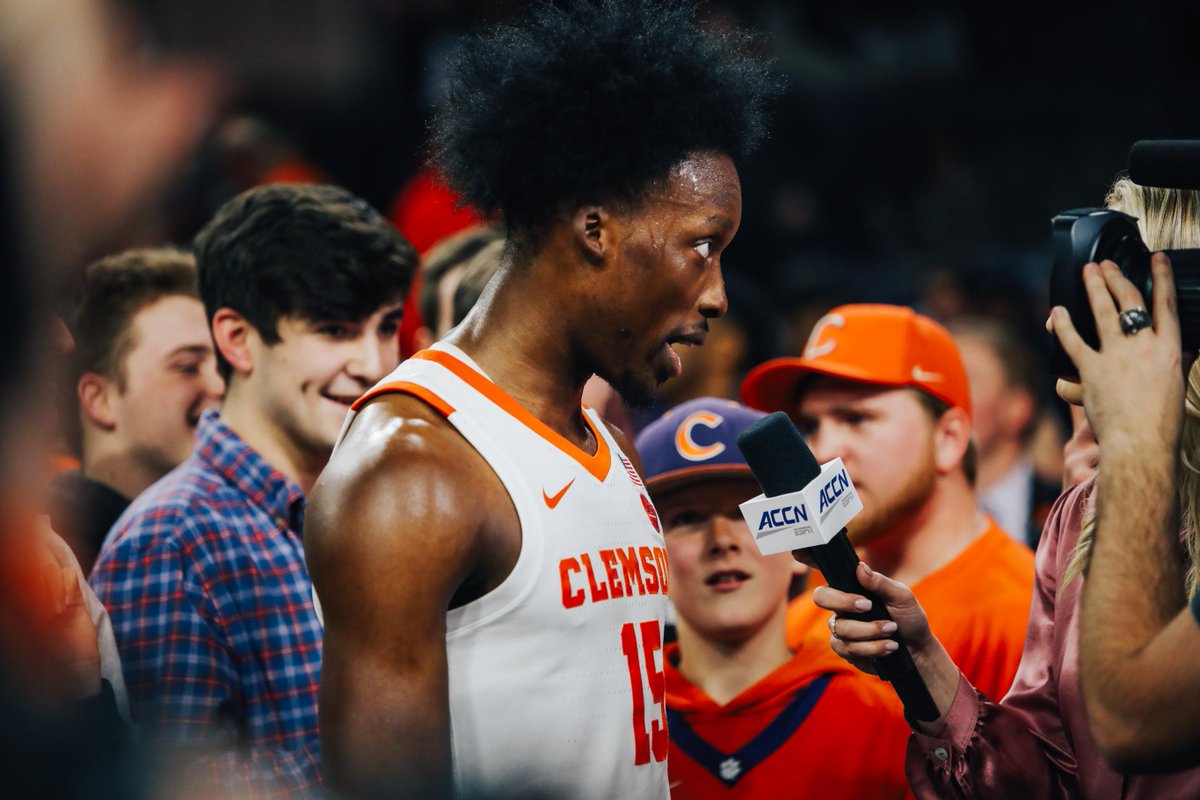 The Greensboro, N.C. native scored 11 points in the first half, helping Clemson jump out to a 31-14 lead. The 14 points were a season low for Louisville in a single half this season. Newman shot a perfect 3-for-3 in the opening stanza and led the Tigers in scoring heading into the locker room. 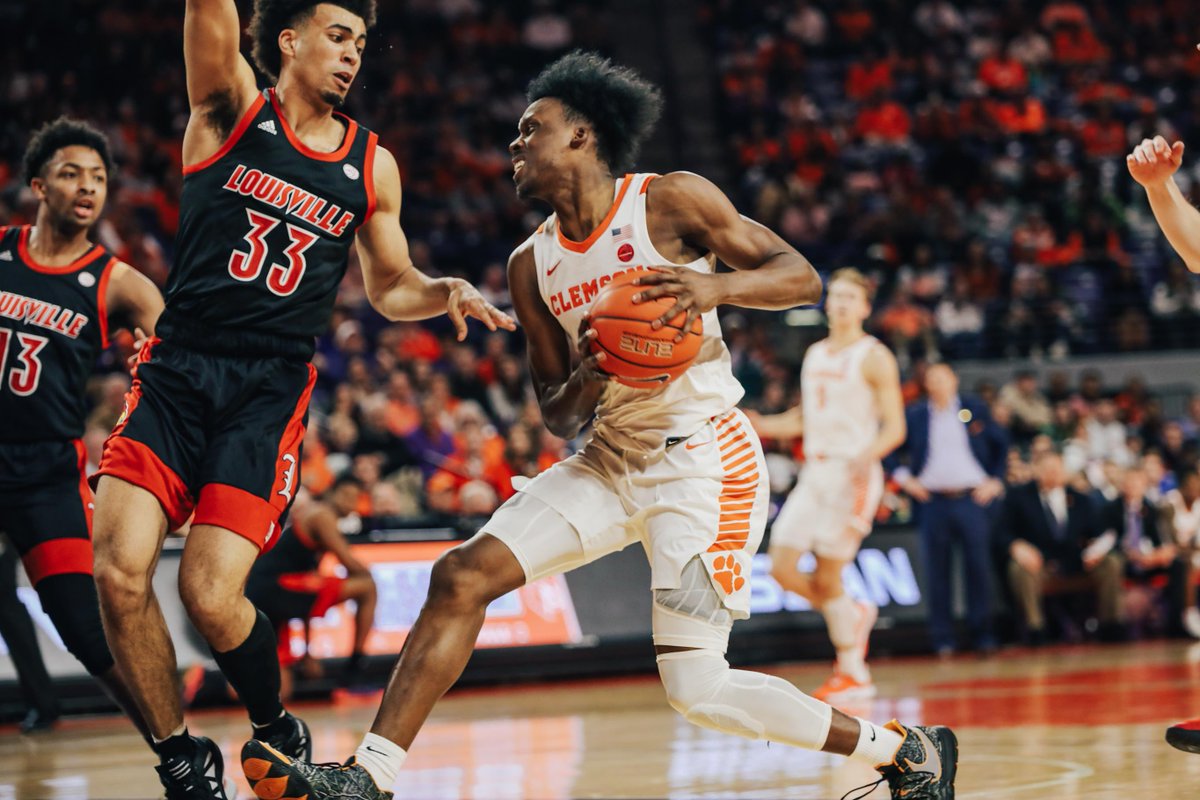 After an impressive first half against the No. 5 team in the country, Newman followed up with an even more dominant second half. 12 points on 4-for-6 shooting and 3-for-3 at the charity line.

Newman’s best stretch of the game came with under ten minutes left in the game. With Louisville making a run, and threatening Clemson’s lead. Newman splashed a triple to extend the Tigers lead and energize the Littlejohn crowd. A few possessions later, Newman drove the lane, handled the contact, and converted an and-1 layup to push the lead to 61-42.

A thunderous fast-break dunk with 1:24 left capped off Newman’s impressive performance as Clemson took down the Cardinals, 77-62. The 15-point win was the fourth largest margin of victory against a top five ranked team in school history.

Following a weeklong layoff, Clemson will return to action at Conte Forum against Boston College (12-13, 6-8) on Saturday, Feb. 22. The matchup in Chestnut Hill, Mass., between the Eagles and the Tigers is scheduled to tip off at 6 p.m. and air on ACC Network.

The Tigers easily pull the UPSET of No. 5 Louisville! Clemson now holds W’s over the top 2 ACC teams. 👀 #ClemsonGRIT pic.twitter.com/HceB20XnZK