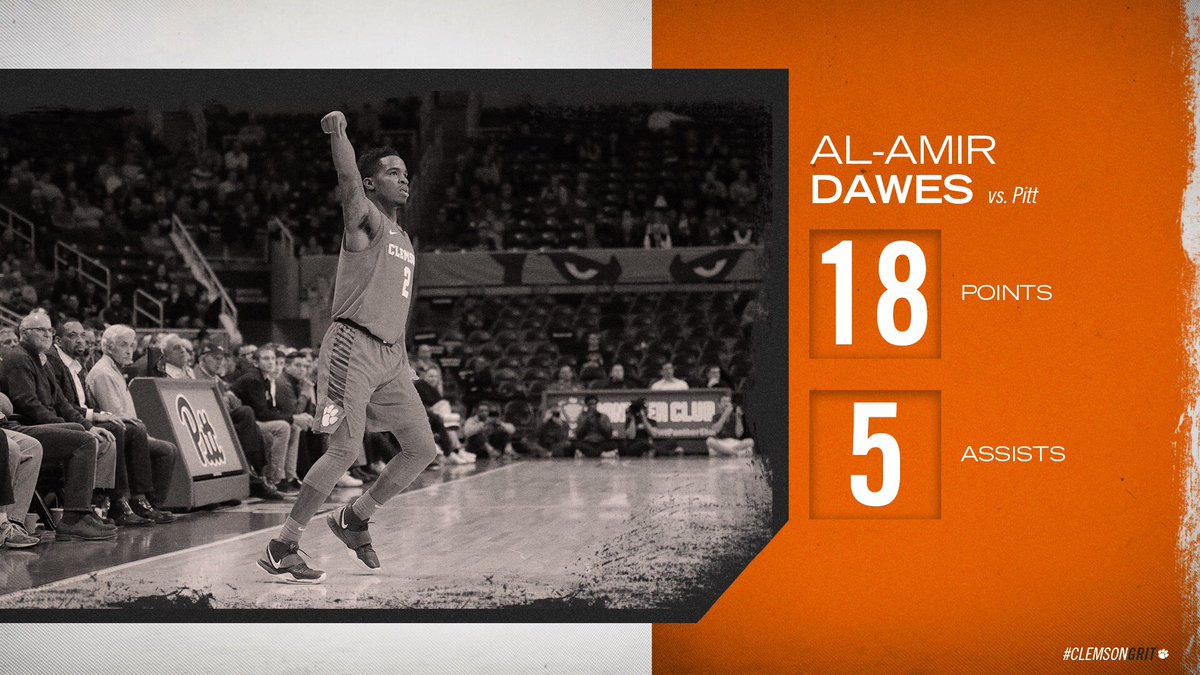 Al-Amir Dawes scored 18 points, 17 coming in the second half, en route to a 20-point road win for Clemson against the Pitt Panthers on Wednesday night, 72-52. The win was Clemson’s fourth win away from Littlejohn Coliseum and 12th overall to pull them back to .500 on the season. 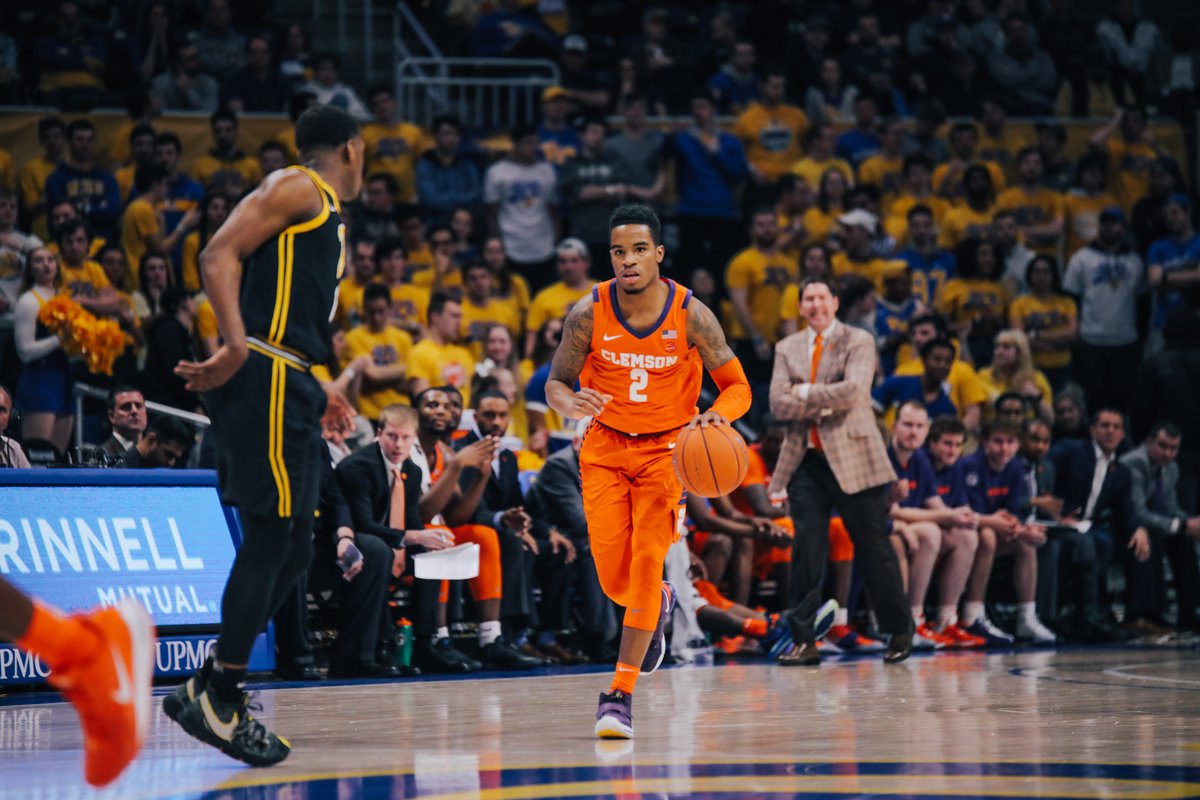 Dawes scored just one point in the first half, splitting a pair of free throws at the 6:21 mark. Clemson headed into the locker room with a 32-24 lead. Dawes went 0-for-2 from the field, both his shots coming from behind the three point line, and added two assists in the first stanza.

Dawes best stretch of the night came on three consecutive possessions in the second half, splashing home a trey, finding Trey Jemison on an assist, and knocking down his second three of the night.

Dawes missed his season-high of 19 points, set earlier this season against Alabama A&M, by one point. He finished the game with 18 points, two rebounds and five assists in 35 minutes of play. 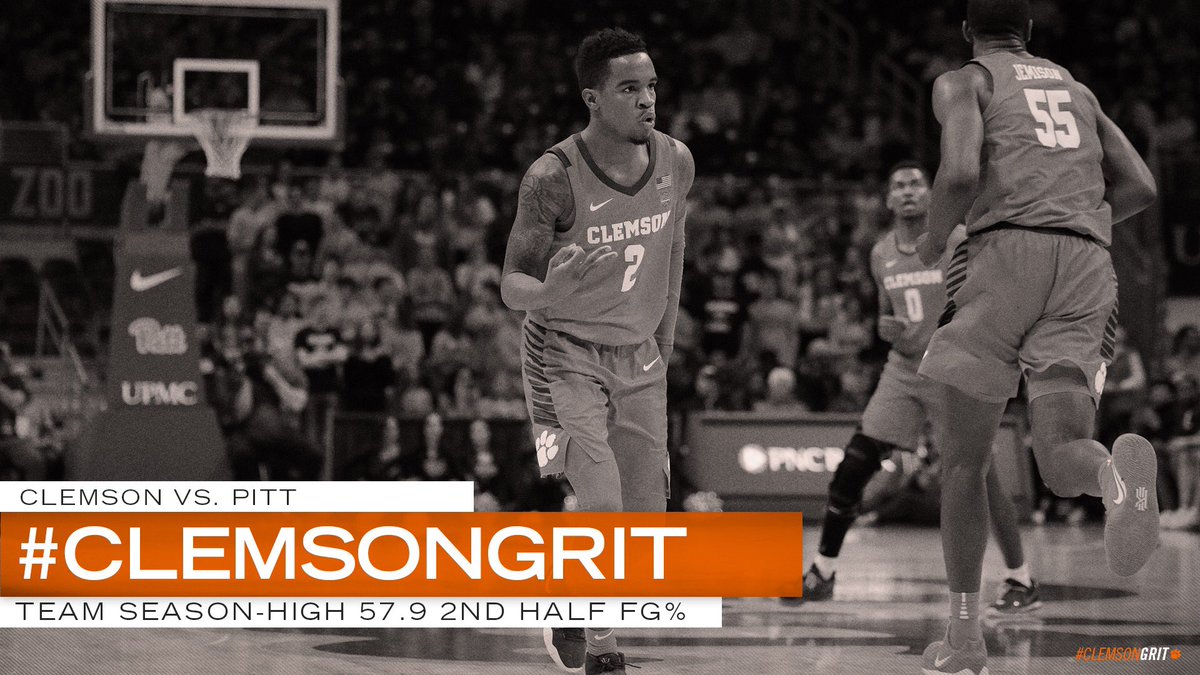 “The first half, I was trying to get my teammates shots and to get them going," said Dawes. "I just kept the same mindset from the first half into the second half, and that helped me knock down shots when I needed to make them for my team."”

The Tigers will be back home this weekend, hosting Louisville on Saturday afternoon at 4 p.m. inside Littlejohn Coliseum.

Al had it cookin' in the second half last night 👌 pic.twitter.com/Tn2CxYf3fe

Just the 8th time in Clemson history we’ve won on the road by 20 or more against an ACC opponent.

Dawes has hit 2-of-his-last-3 triples and now has 7 points. We lead by 16 pic.twitter.com/RyU1j8wx4u