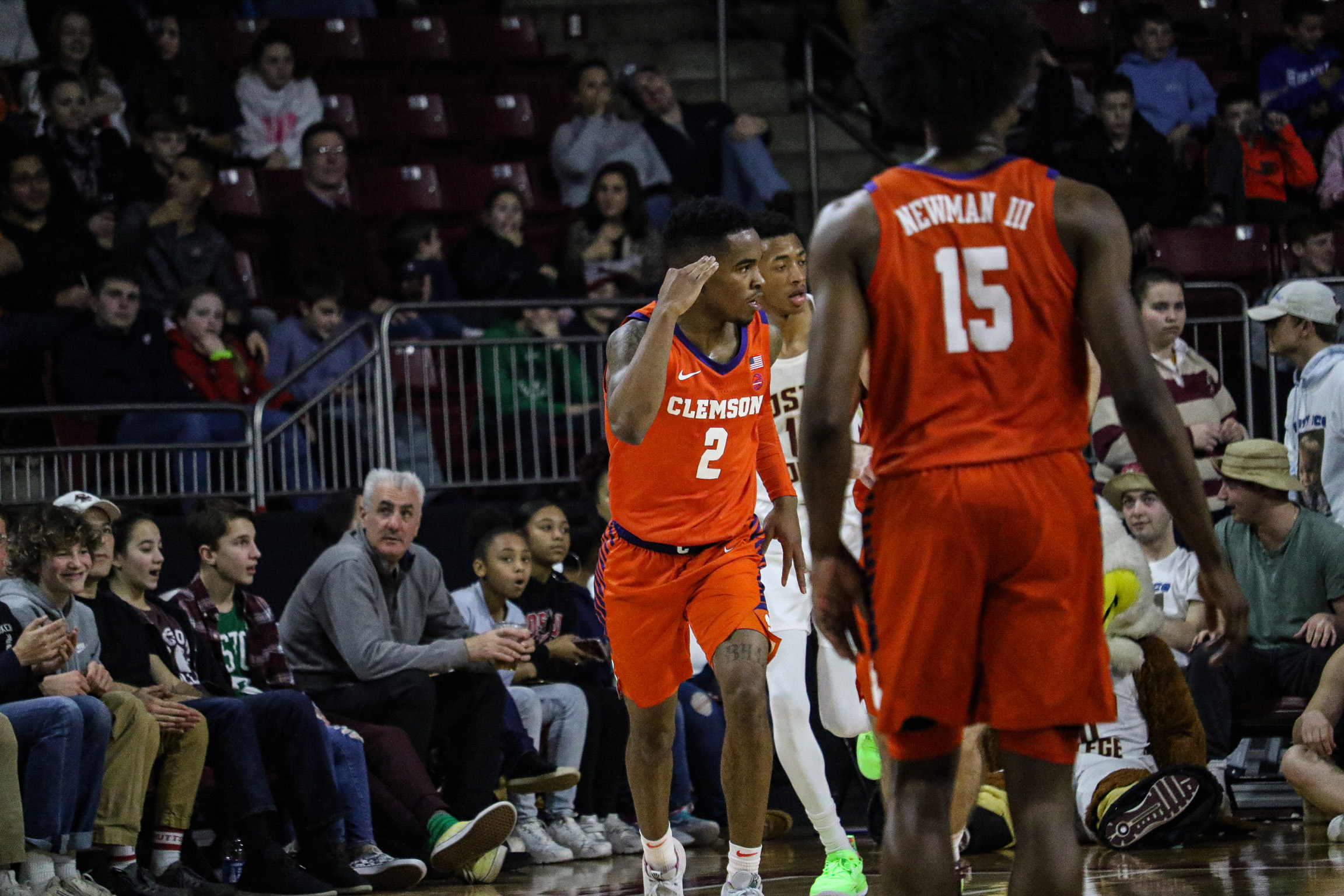 Al-Amir Dawes poured in a career-high 22 points on Saturday night, helping Clemson claim it’s third victory in a row, defeating the Boston College Eagles 72-64 at Conte Forum. The win was the second consecutive road win for the Tigers by more than 18 points. Dawes helped Clemson shoot a staggering 68.9 percent from the floor, a program record for a road game.

“[Al-Amir] Dawes knocked down a bunch of 3-pointers, which gave us a lot of energy.” Said Head Coach Brad Brownell after the game. “That might have been our most complete performance of the season on both ends of the floor.” 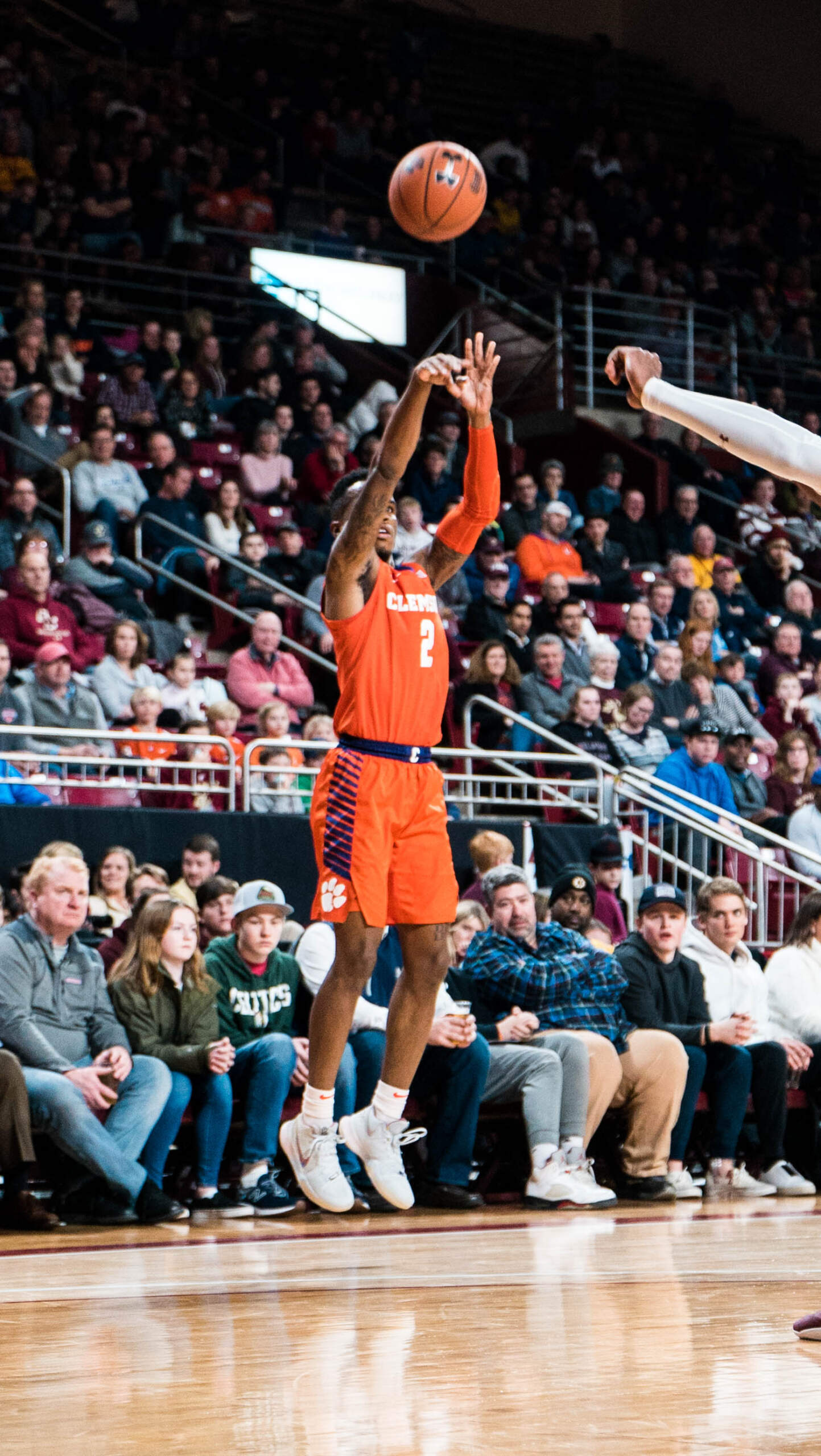 Dawes broke the 20-point mark for the first time in his Clemson career. The freshman shot 8-for-12 from the field and connected on six of his 10 three pointers. Dawes also contributed three roubounds, three assists, and a steal in 37 minutes of play for the Tigers.

The Newark, N.J. native scored a team high 13 points in the opening half, shooting 5-for-8 and splashing three treys from downtown helping Clemson jump out to a commanding 12-point lead at the half. Clemson never trailed in the ballgame.

“I'm always working on my craft for the team," said Dawes.  "Anyone on our team can have a night like that and I think that's what makes our team special. We can play with anyone when we're at out best.” 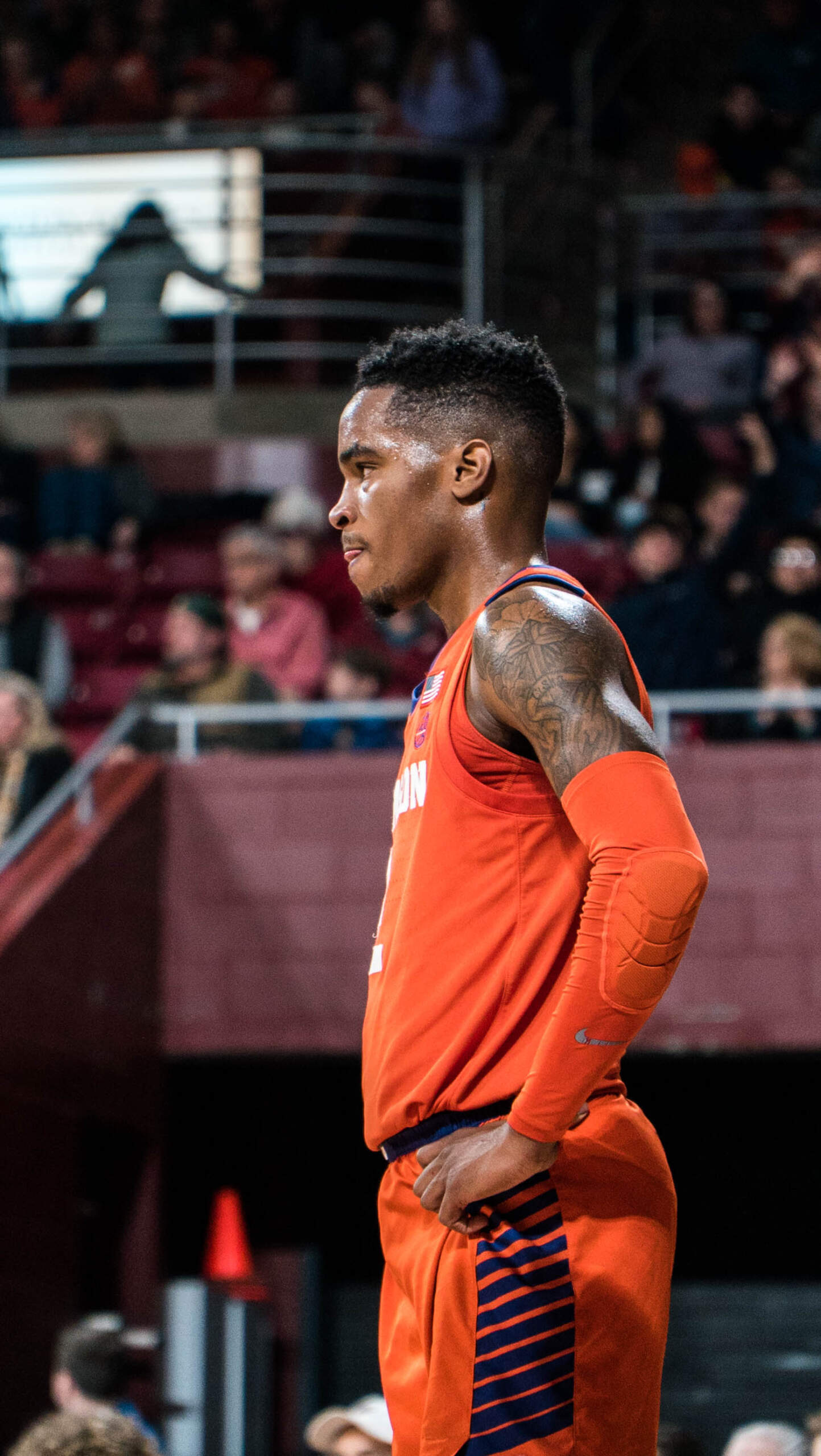 Dawes finished the game strong in the second half, scoring nine points in the final stanza. All nine points came from behind the three-point line for Dawes, shooting 75.0 percent from three on 3-for-4 shooting.

In his last two road games, Dawes is averaging 20.0 points for the Tigers. The freshman has helped Clemson find footing in the ACC standings, climbing back to 8-8 in conference play after starting 0-3 in the ACC this season. Clemson improves its record to 14-12 with four games remaining before the ACC Tournament.

Clemson will stay on the road this week, heading to Atlanta, Georgia on Tuesday to take on the Yellow Jackets of Georgia Tech before welcoming the nationally ranked Florida State Seminoles into Littlejohn Coliseum next Saturday for the second meeting of the season between both programs.

That was a record first half in the Brownell Era 😤💪🔥 pic.twitter.com/JXJoi2B98U