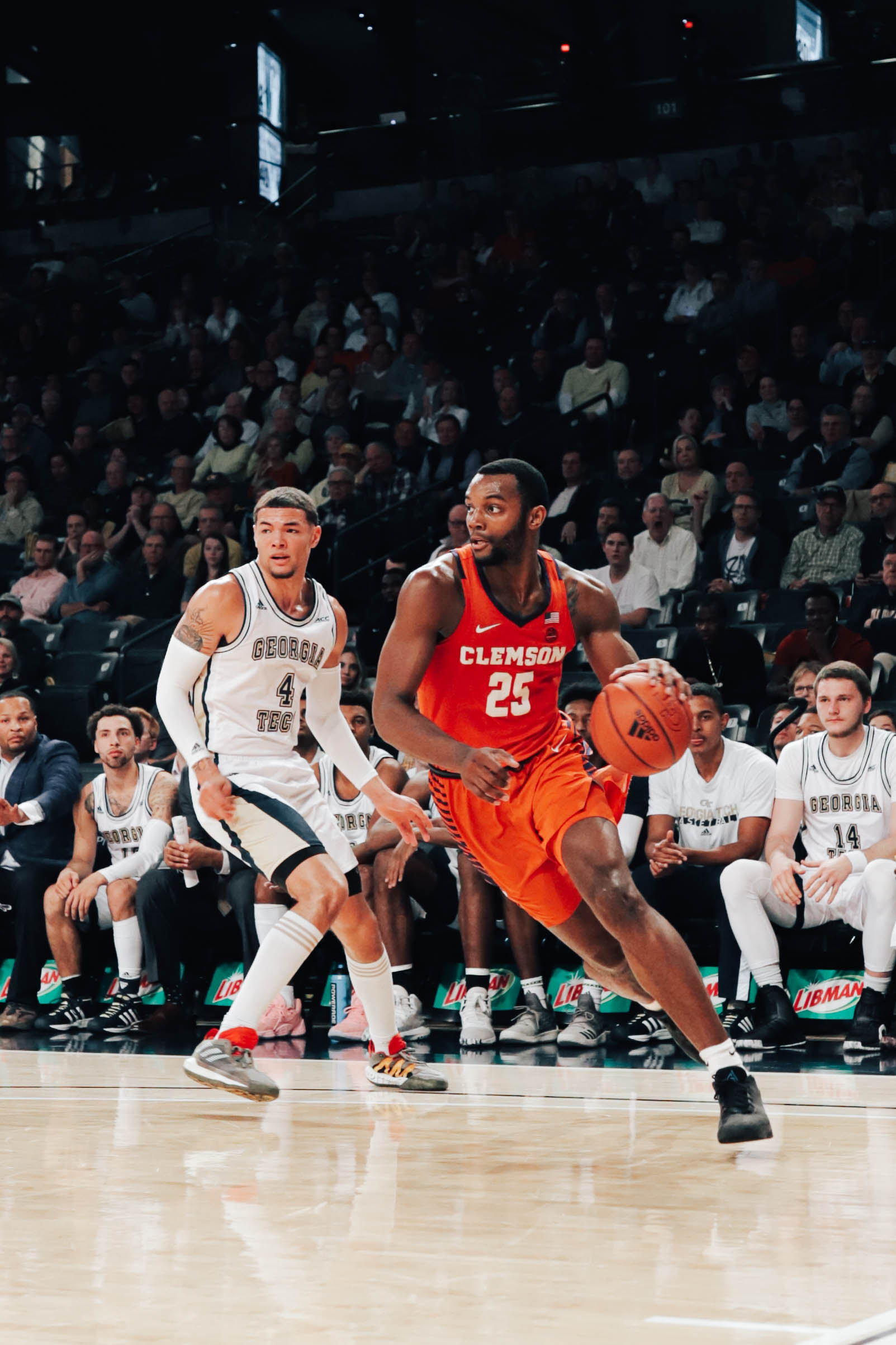 Aamir Simms led the Clemson Tigers offense with 23 points in a losing effort to the Georgia Tech Yellow Jackets at McCamish Pavilion on Tuesday night. The loss snaps Clemson’s three game win streak, and drops the Tigers record to 14-13.

Simms led all scorers with 23 points in 36 minutes of play. In the first half of play, Simms poured in 16 of Clemson’s 29 points on 7-for-10 shooting. The junior also added two rebounds, two assists, and swatted two shots in the first half. 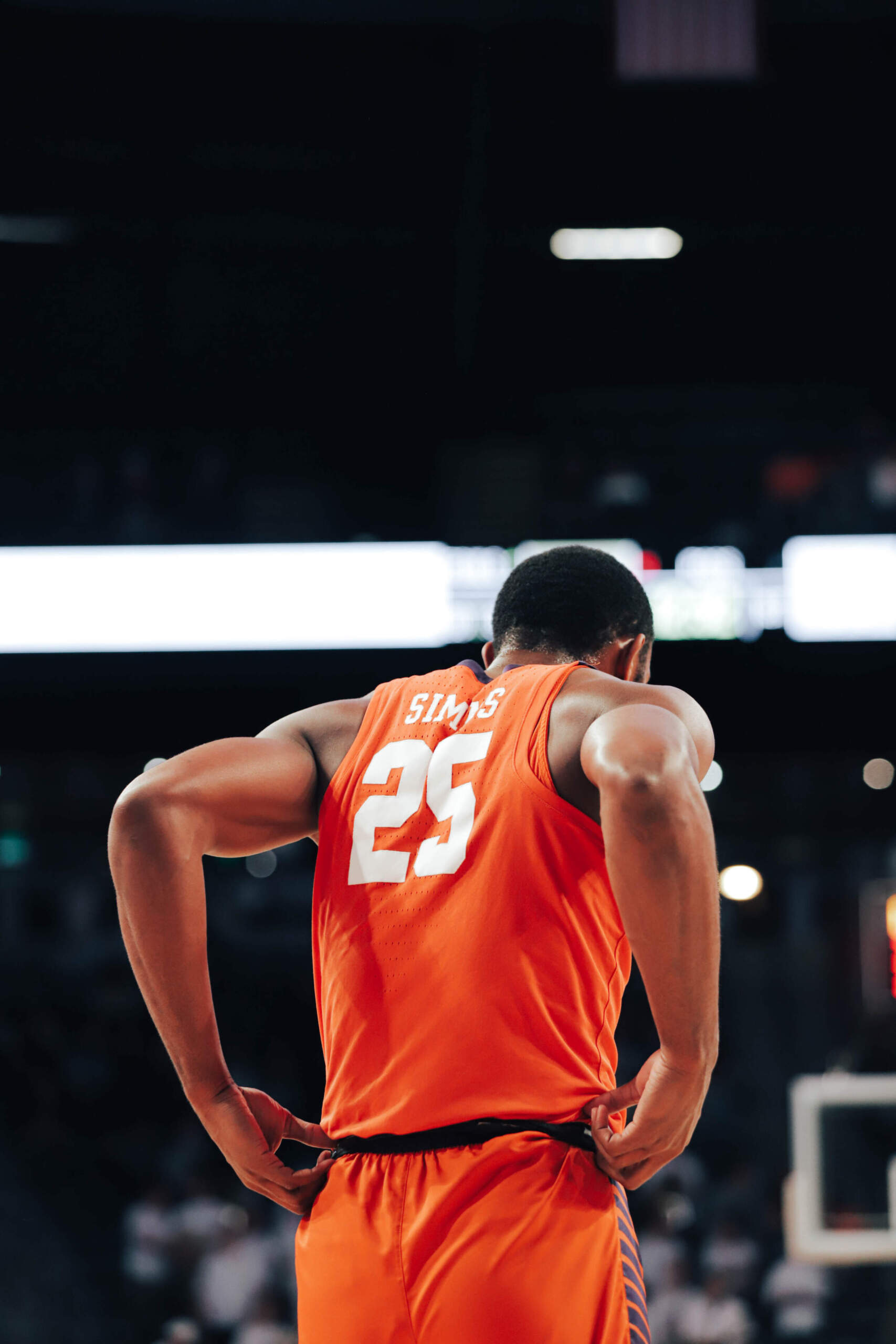 The Virginia native added seven points in the second half, shooting 3-for-6 from the field and adding a basket from behind the three point line. With Clemson down seven points under a minute into the second half, Simms put the Clemson offense on his back, going on a 5-0 run by himself to tie the game at 36-36.

The junior finished the game with 23 points on 10-for-16 shooting from the field. The 10 made field goals matches his career best for field goals in a game. Simms collected five rebounds, dished out two assists, recorded two blocks and a steal in 36 minutes of play. 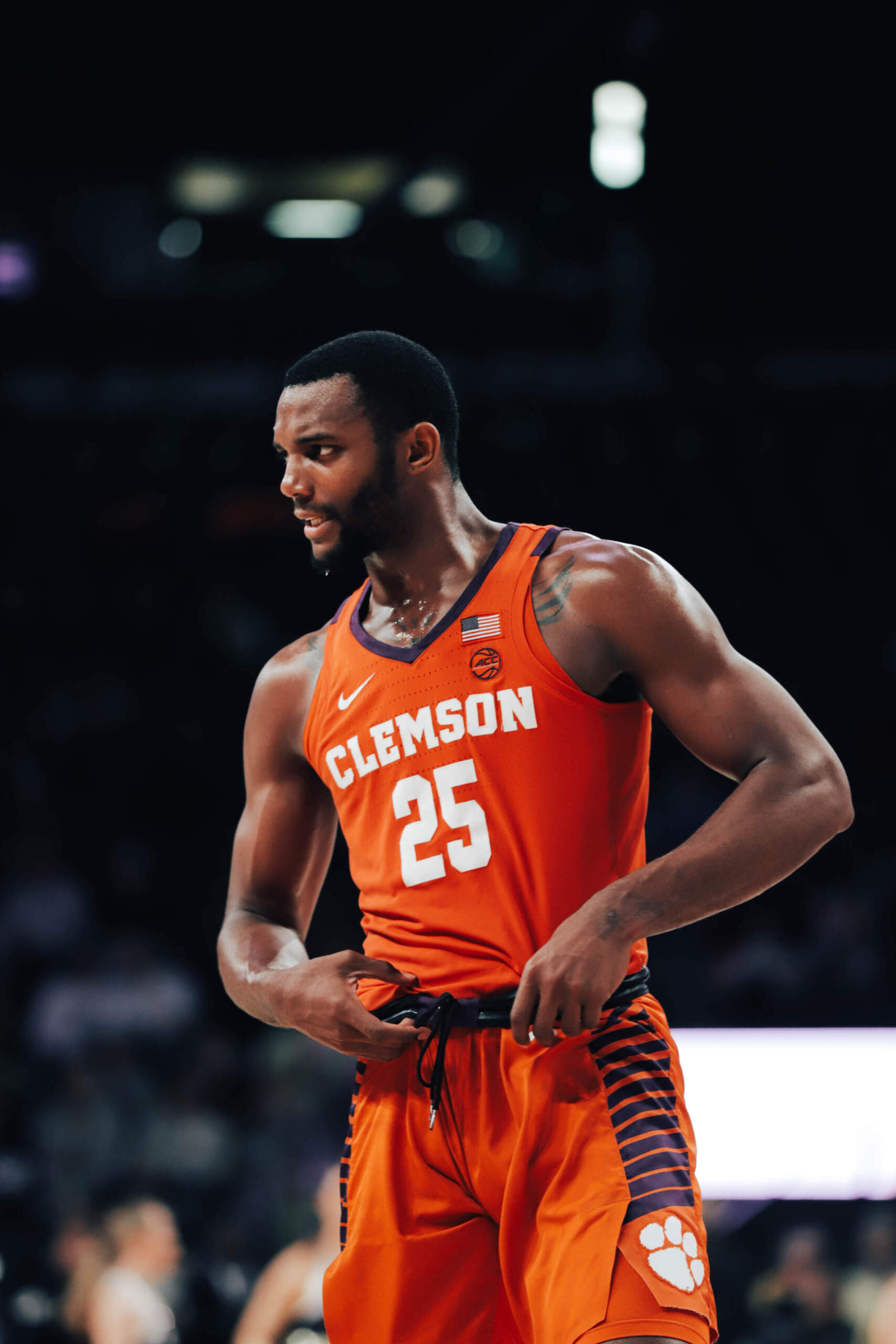 On the season, Simms is averaging 13.7 points and 7.2 rebounds a game, both of which lead the team. Simms also leads the team with 70 assists on the season.

Clemson will return to Littlejohn Coliseum after back-to-back road games to take on nationally ranked Florida State. Clemson will look to take down its third top-10 ranked team on the hardwood of LJC. Tip is set for 2 p.m. on Saturday Feb. 29.

Simms now with a game-high 10 points in the opening half 😤 pic.twitter.com/mARXuKEFZd