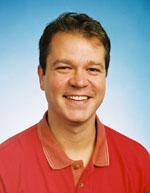 “We are very fortunate to have Gregg joining our staff,” said Hoover. “Gregg’s passion and enthusiasm for the game as well as for Clemson will make him a great addition to our program. He will be working with our middles and will also serve as our recruiting coordinator.”

Whitis began his coaching career at Indiana State University where he served as a graduate assistant coach from July 1995 to May 1997. He was named the head coach of Kankakee Community College in 1997 where he remained until May 1998. Whitis left Kankakee Community College to become the recruiting coordinator at South Dakota State University, to which he recruited and trained All-Region and All-American athletes. After serving as a volunteer assistant coach at the University of South Carolina for the 1999 season, Whitis was named an assistant at Northern Michigan University where he served as the Wildcats’ recruiting coordinator and trained the outside hitters.

“I have enjoyed SMU and the people here in Dallas,” said Whitis. ” SMU volleyball will continue to improve in the future but, the significant success of Clemson volleyball since Coach Hoover’s arrival is something that I have wanted to be a part of for a long time. I am excited to have the chance to coach in the ACC while working for Jolene and with Jodi.”