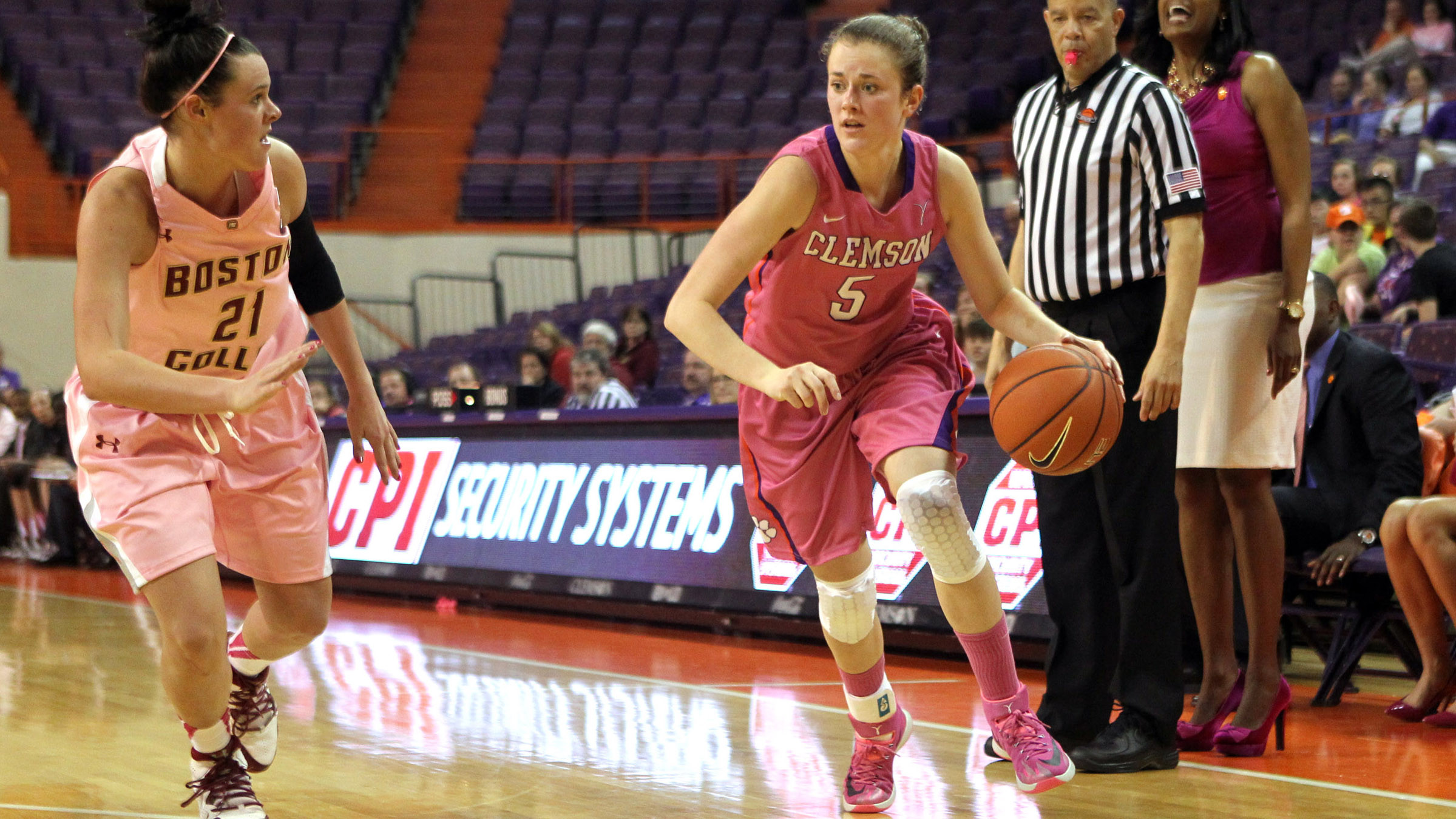 GREENSBORO, NC – Junior wing Kelly Gramlich (Austin, TX) has been named to the 2013-14 All-ACC Academic Women’s Basketball Team as announced by the league office on Friday. The honor is the third in a row for Gramlich, who is on pace to graduate in just three years with a degree in communications studies. Gramlich just completed a season in which she averaged 7.6 points per game and hit 66 three-pointers, the 5th-most in a single season in school history. Gramlich ranks in the top ten in school history in three-pointers made (130, 7th), three-pointers made per game (1.42, 5th), and three-point attempts (389, 9th). She has appeared in 90 consecutive games, which includes 30 starts. This season, she started 15 of Clemson’s 32 games, and set a school-record when she hit eight three-pointers in a game against S.C. State.  Gramlich is also the marketing and promotions officer for the Student-Athlete Advisory Committee, and is in the running to be SAAC’s next president. Upon graduation, Gramlich has been accepted to communication, technology and society Masters program, and aspires to earn a Ph.D and one day teach.  The Tigers finished 13-19, becoming the first team to win an ACC Tournament game since 2009 with Wednesday’s 69-56 triumph over Virginia Tech. Gramlich is the 40th Academic All-Conference selection for Head Coach Audra Smith, who spent nine seasons at UAB before taking the reigns this season at Clemson.