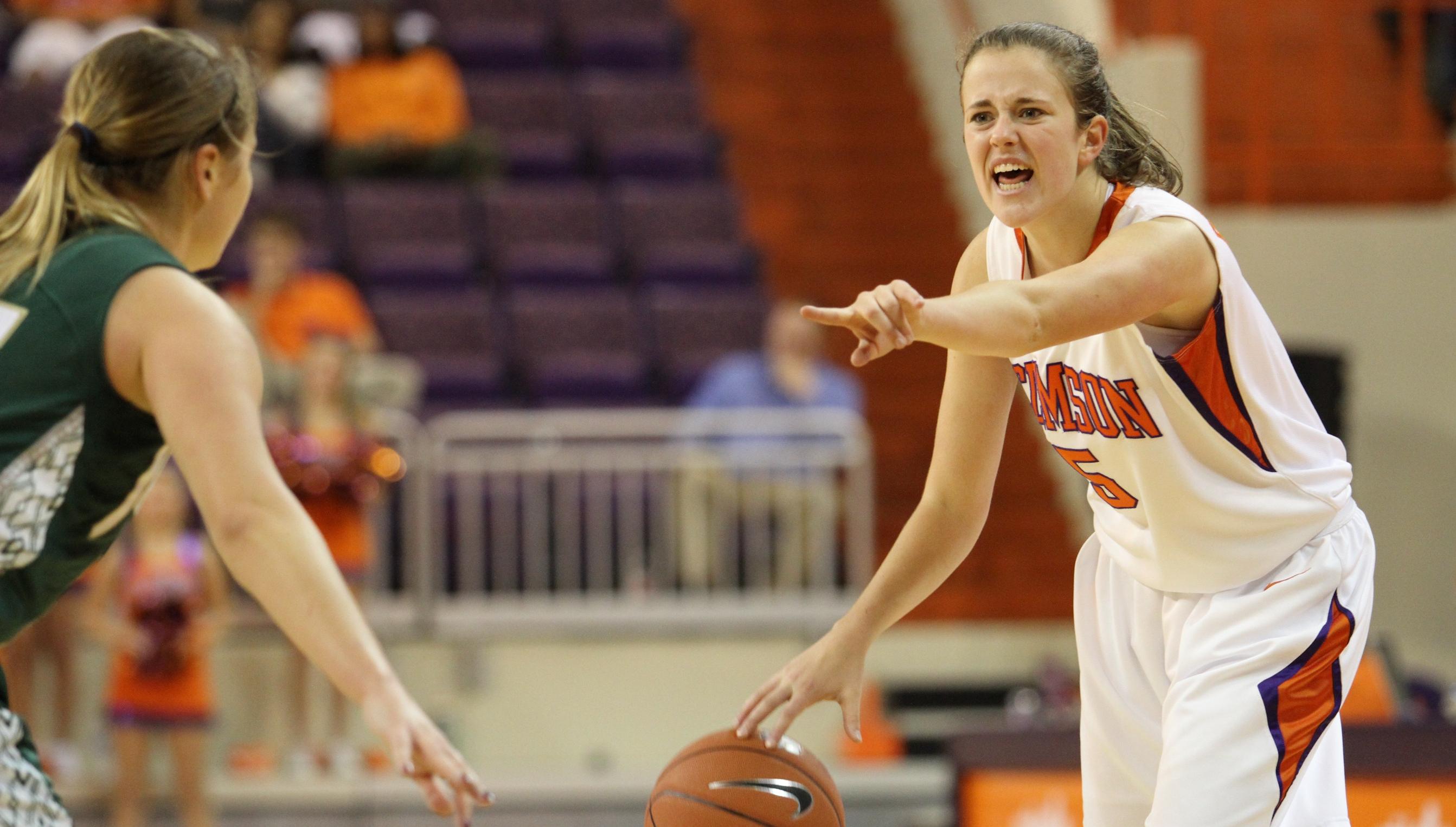 CLEMSON, SC – Kelly Gramlich was the lone Clemson women’s basketball player named to the Academic All-ACC Team, as announced by the league. It is the second honor for the sophomore from Austin, TX.  Gramlich, a Communications major, played in all 30 game this season, one of only two Lady Tigers to do so. She has played in 58 consecutive games to begin her career.  In 2012-13, she averaged 5.1 points per game, and led Clemson in three-point shooting for the second consecutive season.  Last year, both she and Lindsey Mason were honored. Gramlich is just the third two-time honoree for the program, joining Mason and Kanetra Queen, who earned the distinction three times from 2001-02 season until the 2003-04 season. Gramlich is the first Clemson player to earn the distinction in her first two seasons.  To be eligible for consideration for the academic squad, a student-athlete must have earned a 3.0 grade point average for the previous semester and maintained a 3.0 cumulative average during her academic career.