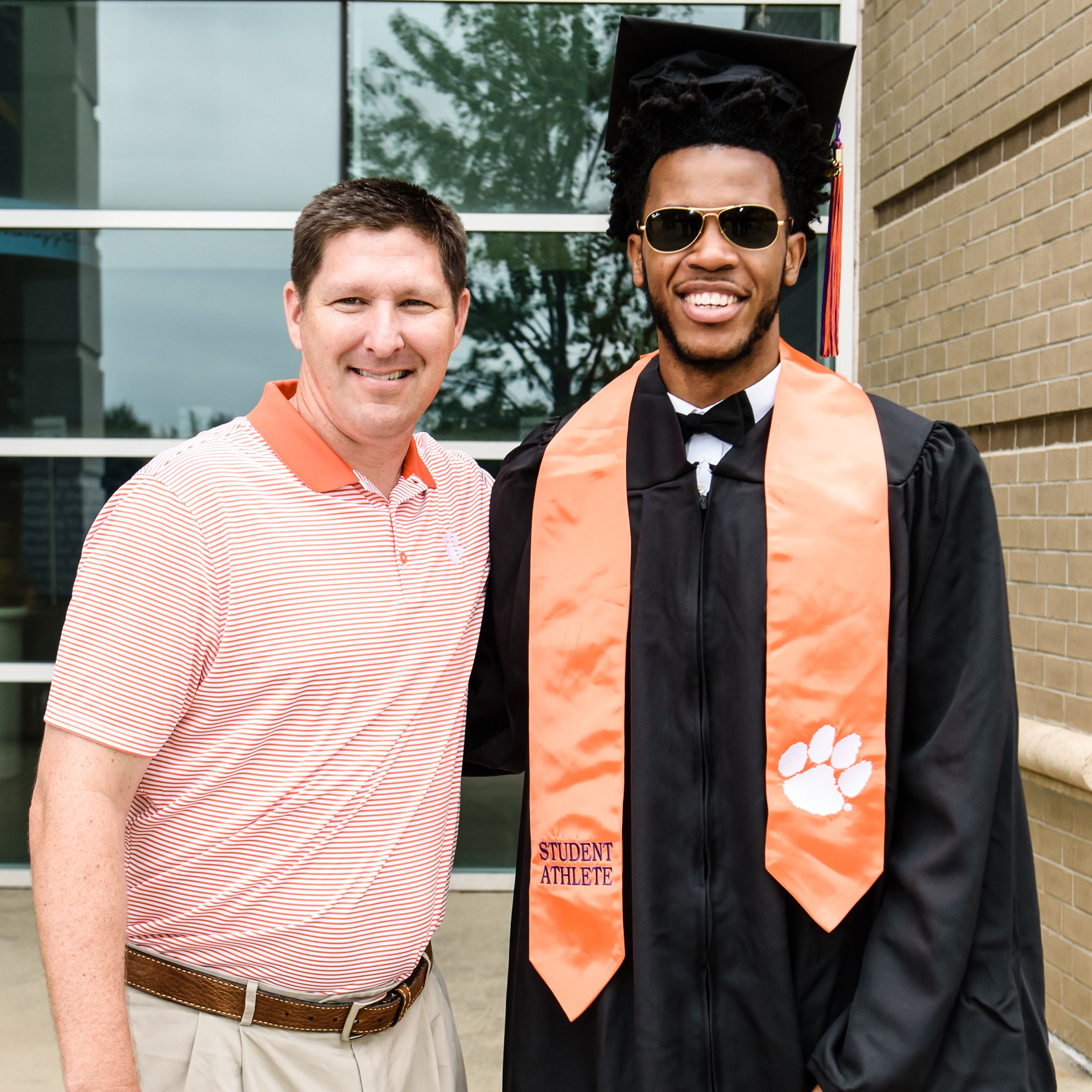 GREENVILLE, S.C. — It was a day he long anticipated, and it did not disappoint.

Jaron Blossomgame was one of about a dozen student-athletes to earn his undergraduate degree from Clemson University on Friday at Bon Secours Wellness Arena. Though it won’t be his home this winter, it was a somewhat fitting destination for the 6-foot-7 basketball star. It is the very venue in which he put together the best season (2015-16) of his Tiger career, a career that will see him play as a graduate student in a newly renovated Littlejohn Coliseum.

As he arrived at the graduate entrance, he was greeted by a host of familiar faces. Head coach Brad Brownell, assistant coaches Mike Winiecki, Steve Smith and Dick Bender, as well as director of operations Lucas McKay all made the drive from Clemson to see JB walk across the stage and accept his diploma.

He wasn’t alone in the celebration. Graduate assistant and close friend Vernon Hamilton was also in attendance, earning his second Clemson degree. The two proceeded inside, where more than 1,000 students were awarded doctorates, master’s and bachelor’s degrees by President Jim Clements in a ceremony that lasted 90 minutes.

“It feels good,” he said, as he left the arena floor to find his family immediately following the ceremony. “Lot of good memories in this place.”

None better than this one.