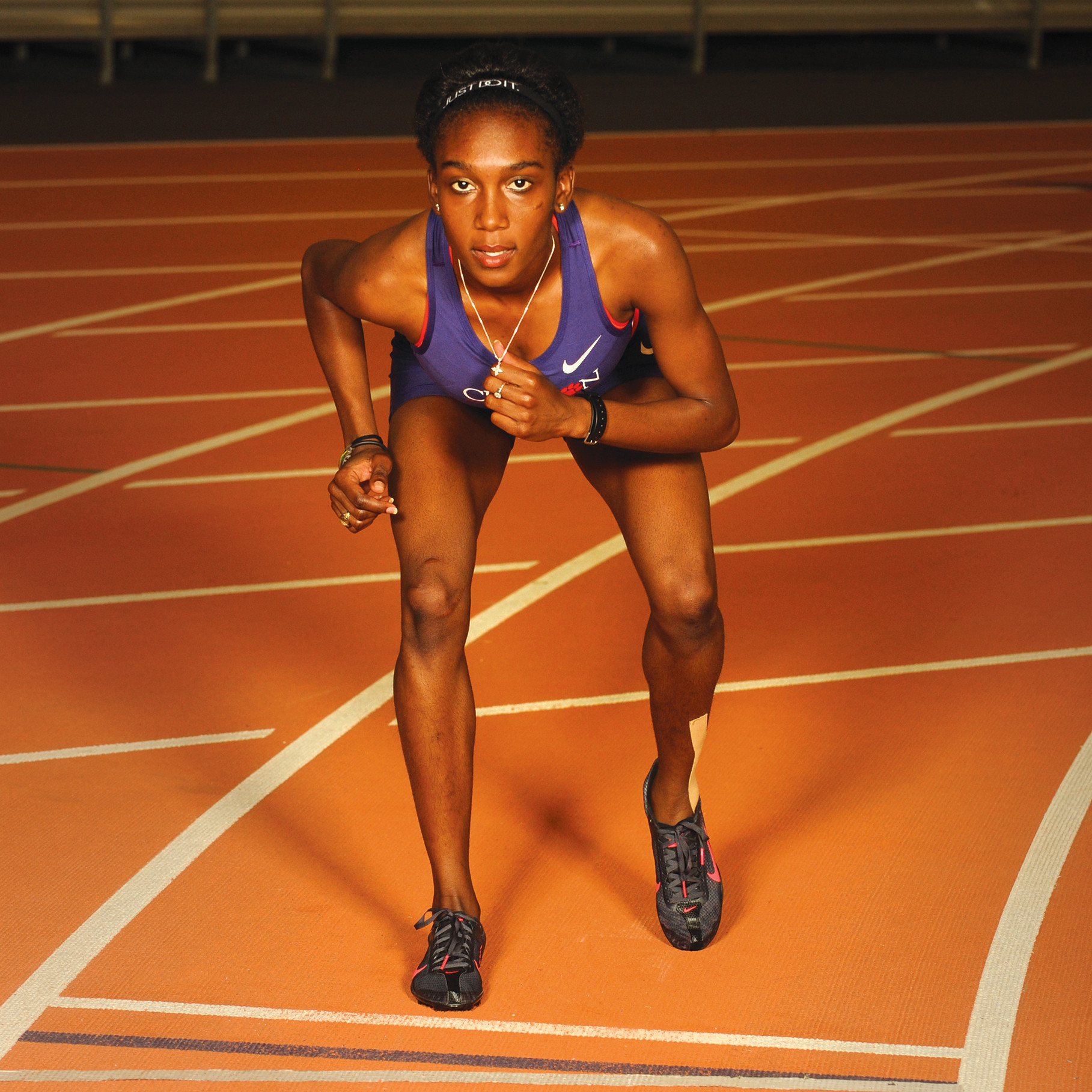 Clemson Head Track & Field Coach Mark Elliott hails from Jamaica, so it should come as no surprise that his 2014-15 women’s roster includes three natives of his home country. All three are special athletes, but one of them is the type of difference-maker you can build a program around.

Natoya Goule was recruited by Elliott when he was the associate head coach at Louisiana State, but she did not compete for him right away. In fact, he helped place her at South Plains (Texas) College in the junior-college ranks to develop academically before bringing her to Louisiana State to compete for the Tigers’ elite program.

“Some people believe junior college is bad,” said Goule. “But I liked it. Junior college woke me up and prepared me for university life.”

In two seasons (2011,12), she won an astounding 10 National Junior College Athletic Association titles. She was more than prepared from an athletic standpoint.

Success followed in the Bayou State. Goule overcame the loss of two family members in the same week to win an NCAA indoor crown in the 800m in March 2013. She made it a clean sweep a few months later when she returned home after winning the outdoor championship in the same event. A relative unknown entering her junior season at Louisiana State, her only year at the school, Goule captured two NCAA trophies and won an SEC title as well.

Goule first developed an affinity for racing at an early age. She once took part in a road race when she was just eight years old, and that is when she learned she had a special ability to run longer distances.

“I was running in front of a bunch of kids who were older than me,” recalled Goule. “My brother was in the race, and we ran together. I finished second behind him, so I knew then that I could run.”

When Elliott first began recruiting her, she was winning race after race at the Boys & Girls Championships. But several of Elliott’s friends and fellow coaches were not convinced she would hold up due to her diminutive 5’3” stature.

“A lot of people told me, ‘This little girl will never make it’,” said Elliott. “But she had a seven-foot-tall attitude. The sheer number of events she ran and the level at which she performed were unbelievable. From that point on, I kept watching her. Fortunately, I was able to sign her and it’s worked out well to this day.”

Despite a small frame, Goule prides herself on speed. She often gets out early and sets the pace rather than waiting in the back of the pack and getting pushed around. It is a strategy that has led to countless victories, none more meaningful than the consecutive Jamaican national titles she won in 2013 and 2014.

Goule’s success in the Jamaican Trials has led to opportunities to compete on the international scene. In March, she traveled to Poland and was one spot shy of making the 800m final at the World Indoor Championships.

When Elliott took his first head-coaching job at Clemson in July 2013, Goule immediately put in a transfer request with Louisiana State’s staff. She was granted the request, but under the stipulation she had to sit out a year. So after redshirting the 2014 campaign, the ACC Tigers finally get a taste of her dynamic abilities in January when the indoor campaign begins.

Goule is confident great things lie ahead for the Clemson program.

“Clemson should be happy to have Coach Elliott, because we’re going to start winning championships,” she said. “I’m telling you, Clemson is going to be really good. He’s been at this for over 20 years and is a winner.”

And so is Goule, which is why season No. 2 under Elliott should be vastly improved from the first. That is what difference-makers do.