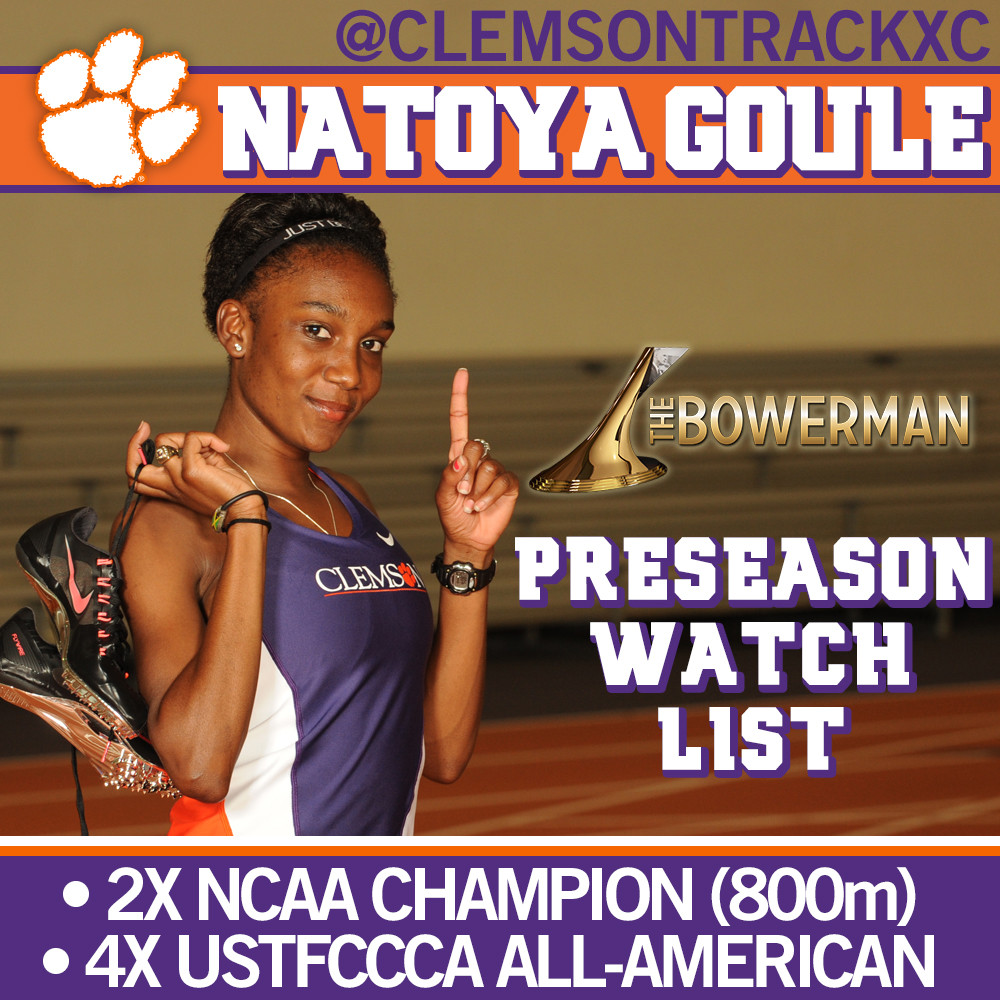 CLEMSON, S.C. — Natoya Goule has been named to the preseason watch list for The Bowerman Trophy, the highest individual honor in collegiate track & field. The redshirt senior is one of 10 student-athletes on the watch list and the only from the Atlantic Coast Conference.

Goule sat out the 2014 season while redshirting at Clemson. She came to Tigertown via a one-year stint at LSU, where she won both NCAA crowns contested in the 800 meters in 2013. Goule also earned a pair of All-America honors with the Tigers’ 4×400 relay, and an SEC outdoor title as well.

Since transferring from LSU, Goule has collected two consecutive Jamaican national championships in the 800 meters. She competed at the IAAF World Championships in Moscow in 2013. Last summer, she outran several professionals to capture the prestigious adidas Grand Prix championship in her signature event with a time of 2:00.28, just off her personal best.

Goule and her Tiger teammates get the 2015 season underway Saturday at the Orange & Purple Classic.