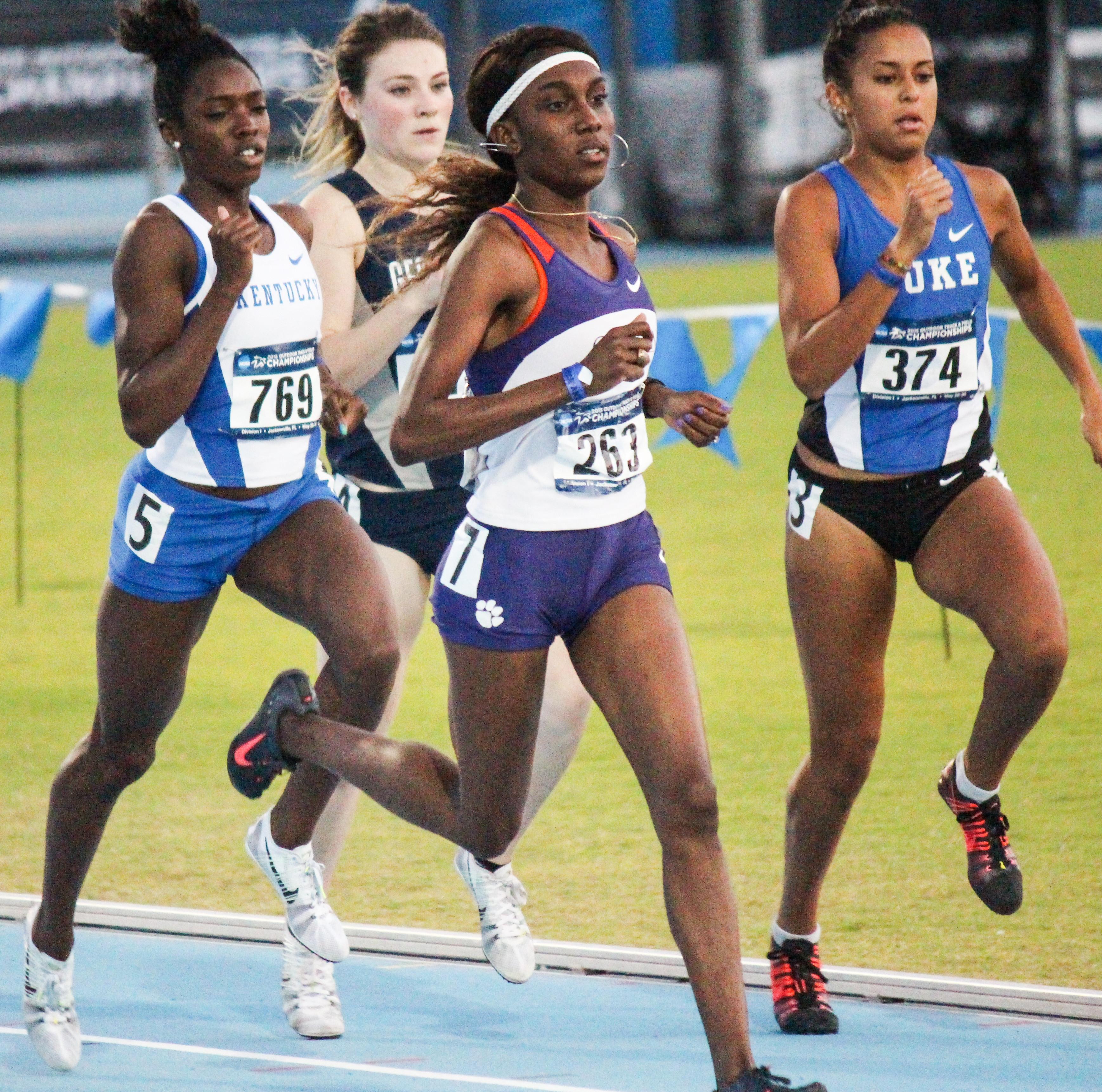 CLEMSON, S.C. — Natoya Goule qualified for the women’s 800-meter final Thursday to highlight the second day of competition for Clemson at the NCAA Outdoor Track & Field Championships in Eugene, Ore.

Goule nearly led wire to wire in the third semifinal, but was passed in the final meters by Arkansas’ Chrishuna Williams. She finished second in the semifinal, with a time of 2:04.41. She qualified for her fourth NCAA National final in the 800 meters. She has won gold the previous three tries, twice at LSU and in March at the NCAA Indoor Championships.

Samantha Elliott’s career came to a close Thursday. The graduate transfer from Johnson C. Smith finished 14th in the 100-meter hurdles with a time of 13.16 and 17th in the 400 hurdles (58.69). Also finishing her individual season Thursday was sprinter Myasia Jacobs, who was 17th in the 100-meter dash with a personal best 11.38.

It was a rough day for Clemson’s relays. The 4×100 group had difficulty on the exchanges and finished 11th overall, while the 4×400 relay did not finish after the second leg pulled up.

Clemson returns to action Friday for the final men’s competition of the season. The action will be televised by ESPN2, starting at 7:30 p.m. ET.