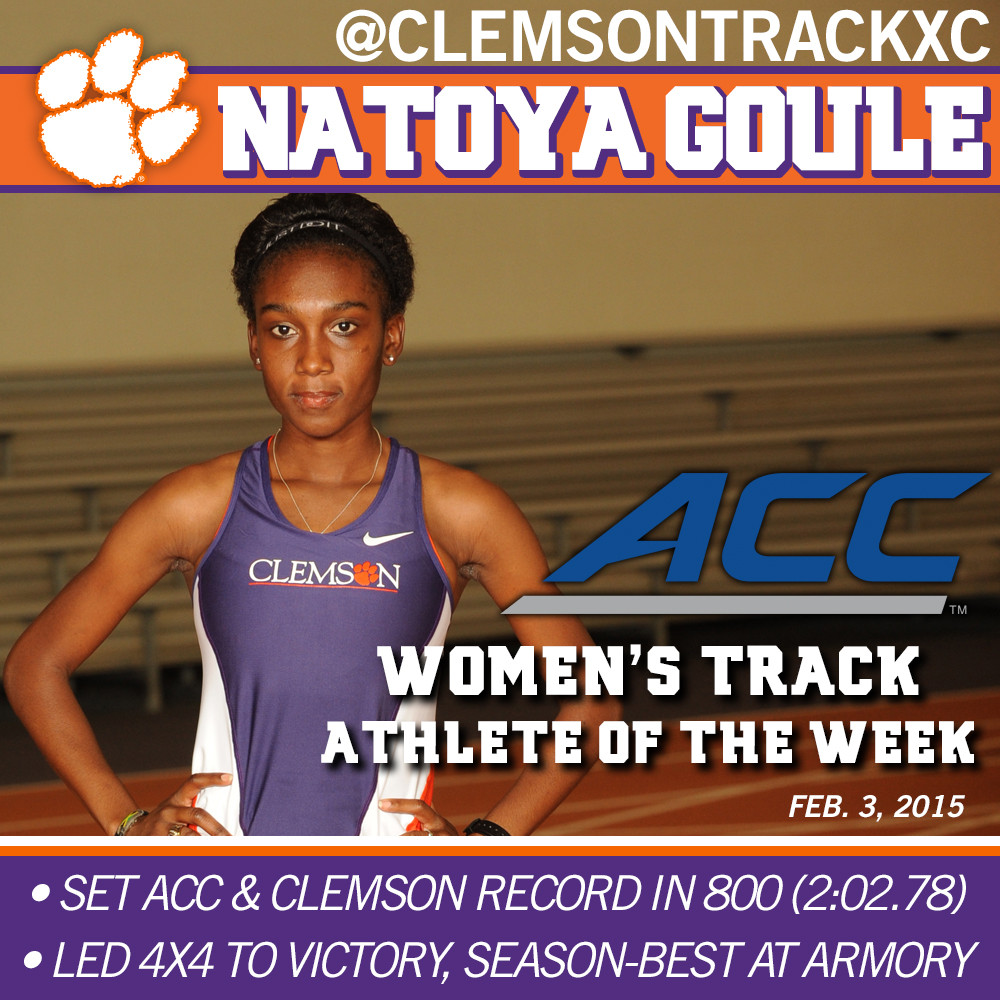 CLEMSON, S.C. — Natoya Goule has been named the Atlantic Coast Conference Women’s Track Athlete of the Week, the league office announced Tuesday. The honor, Goule’s first, comes on the heels of an outstanding performance at the Armory Track Invitational.

Goule finished sixth in the invitational section of the 800 with a time of 2:02.78. She eclipsed the 23-year school record held by Karen Hartmann by almost two seconds, while also setting the new ACC standard. Following the performance less than 30 minutes later, Goule anchored the women’s 4×400 relay to victory with a season-best time of 3:36.29.

The senior returns to the track this weekend to compete with the Tigers in College Station, Texas, on Friday and Saturday in the Aggie Invitational.