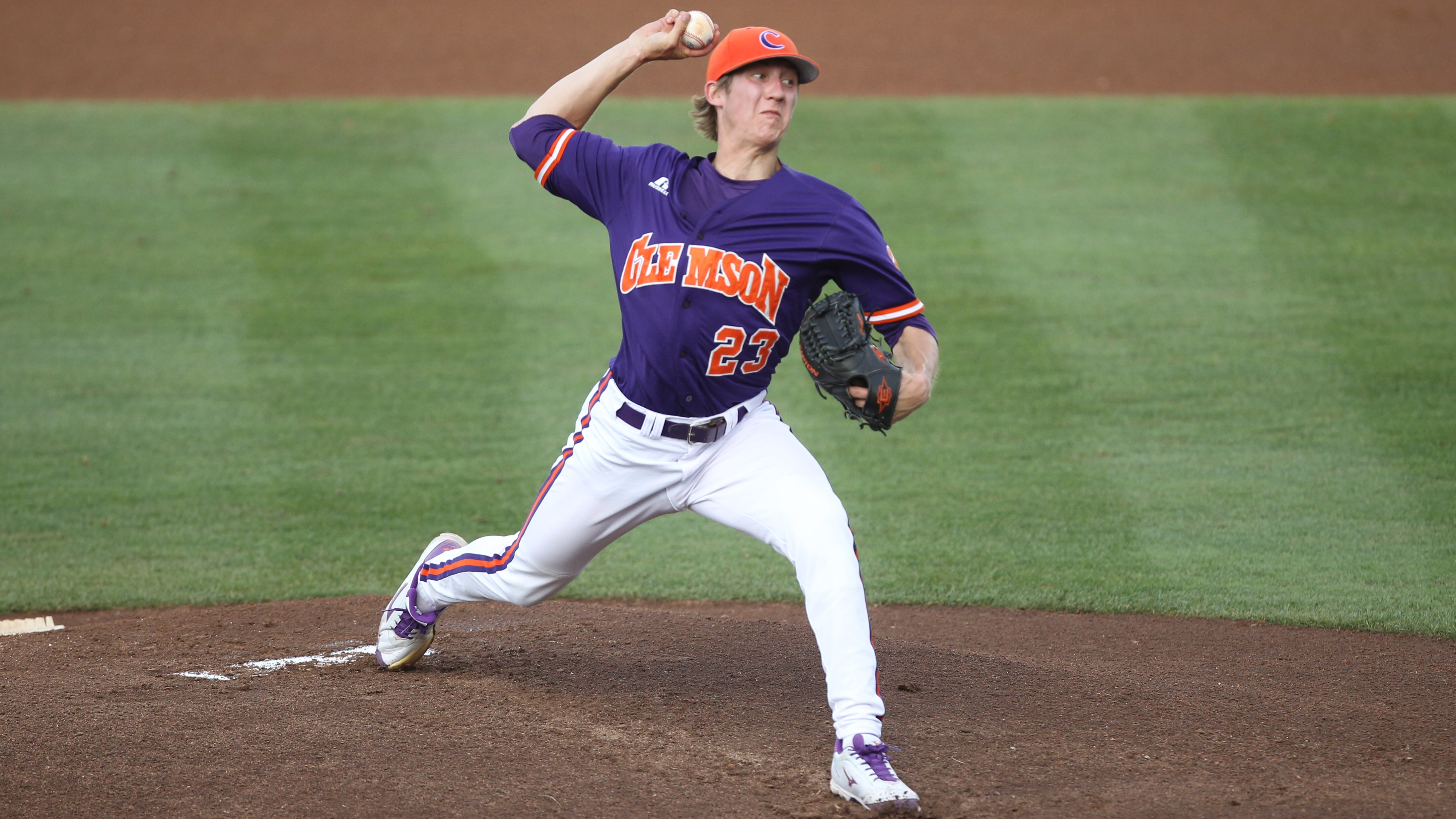 Gossett One of 21 Semifinalists For Golden Spikes Award

CLEMSON, S.C. – Junior righthander Daniel Gossett (Lyman, S.C.) was one of 21 semifinalists for the Golden Spikes Award, announced Tuesday by USA Baseball. The award, won by former Tiger Khalil Greene in 2002, is presented annually to the top amateur baseball player in the country.

Gossett, who is one of only three ACC players among the semifinalists, has a 7-1 record, 1.78 ERA, .191 opponents’ batting average and 102 strikeouts against only 30 walks in 101.1 innings pitched over 14 starts. The team co-captain and First-Team All-ACC starting pitcher, Clemson’s first since 2008, is in the top three in the ACC in shutouts (2), innings pitched, ERA, complete games (2) and strikeouts.

In 13 of his 14 starts, Clemson either held the lead (11) or the score was tied (2) when he left the game. Gossett also had a 5-1 record, 1.45 ERA (second-best in the ACC), .169 opponents’ batting average (second-best in the ACC) and 68 strikeouts against only 22 walks in 68.1 innings pitched over nine starts in ACC regular-season games. He was the only pitcher to toss two shutouts (both on the road) in ACC regular-season games as well.

Fan voting will once again be a part of the Golden Spikes Award in 2014. This announcement officially marks the opening of voting for amateur baseball fans from across the country on GoldenSpikesAward.com. As part of this selection process, all voters will be asked to choose three players from the list of names. Voting will be open until Friday. USA Baseball officials will announce the list of finalists for the Golden Spikes Award on June 3.

The complete 2014 Golden Spikes Award semifinalist list is as follows: