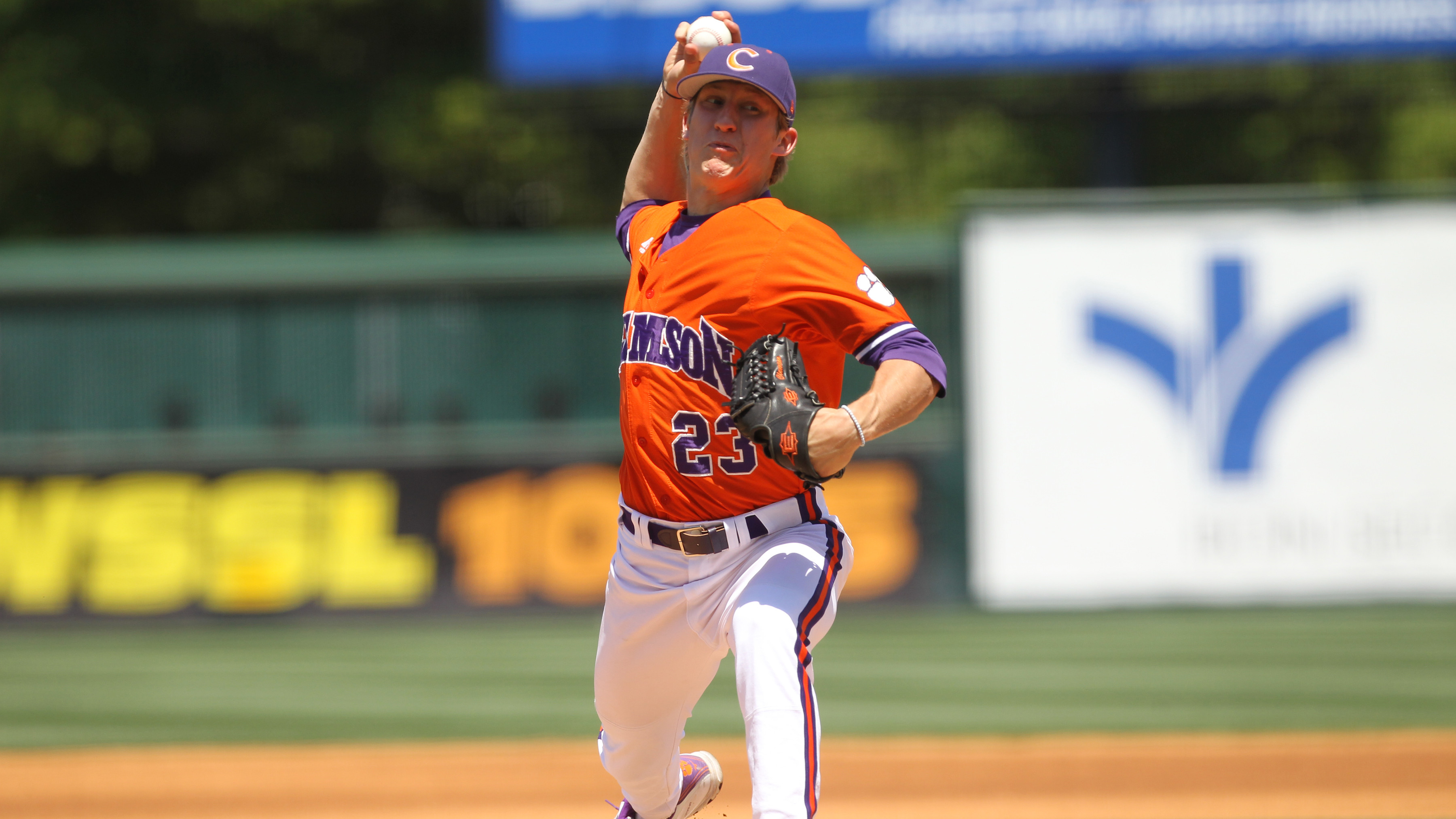 CLEMSON, S.C. – Junior righthander Daniel Gossett was named one of eight national players-of-the-week by Collegiate Baseball and earned ACC Pitcher-of-the-Week honors Monday. It was the second time in 2014 and third time in his career that he was named ACC Pitcher-of-the-Week. He tossed a four-hit shutout to earn the win in Clemson’s 8-0 victory at Notre Dame on Saturday.

The Lyman, S.C. native allowed just four hits and one walk with 11 strikeouts in his second shutout of the season and third of his career. No Fighting Irish player advanced to third base in a game that saw Gossett face just five batters over the minimum.