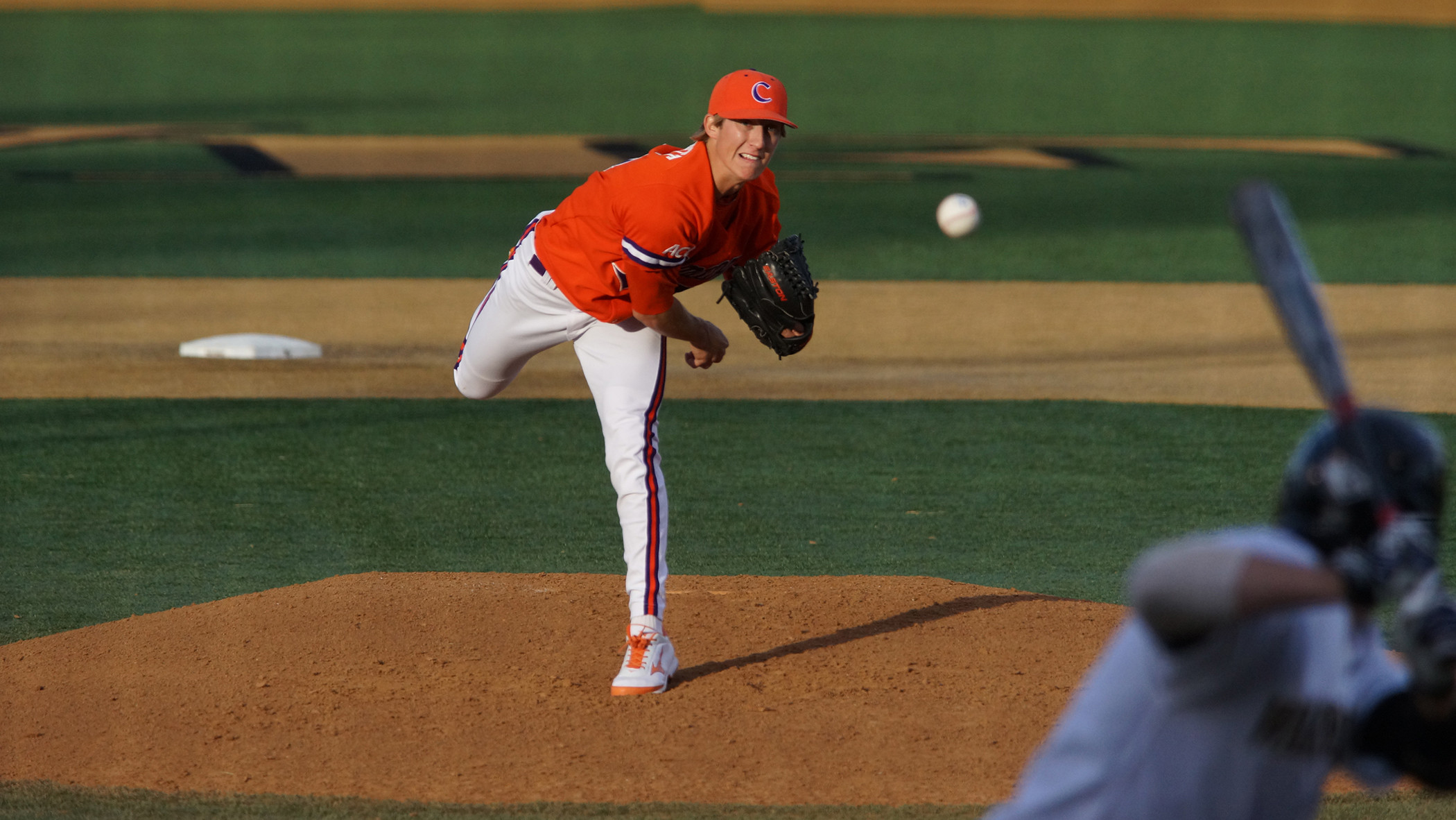 CLEMSON, S.C. – Junior righthander Daniel Gossett was named ACC Pitcher-of-the-Week on Monday. He pitched a three-hit shutout to earn the win in a 3-0 victory at Pittsburgh on Saturday. The Lyman, S.C. native allowed just three singles and one walk with seven strikeouts in his second career shutout. Only one opposing batter advanced to second base and none advanced to third base in a game that saw Gossett face just three batters over the minimum.For the season, Gossett is 5-0 with a 1.80 ERA and .183 opponents’ batting average. He has struck out 57 batters while walking 19 in 60.0 innings pitched over nine starts.