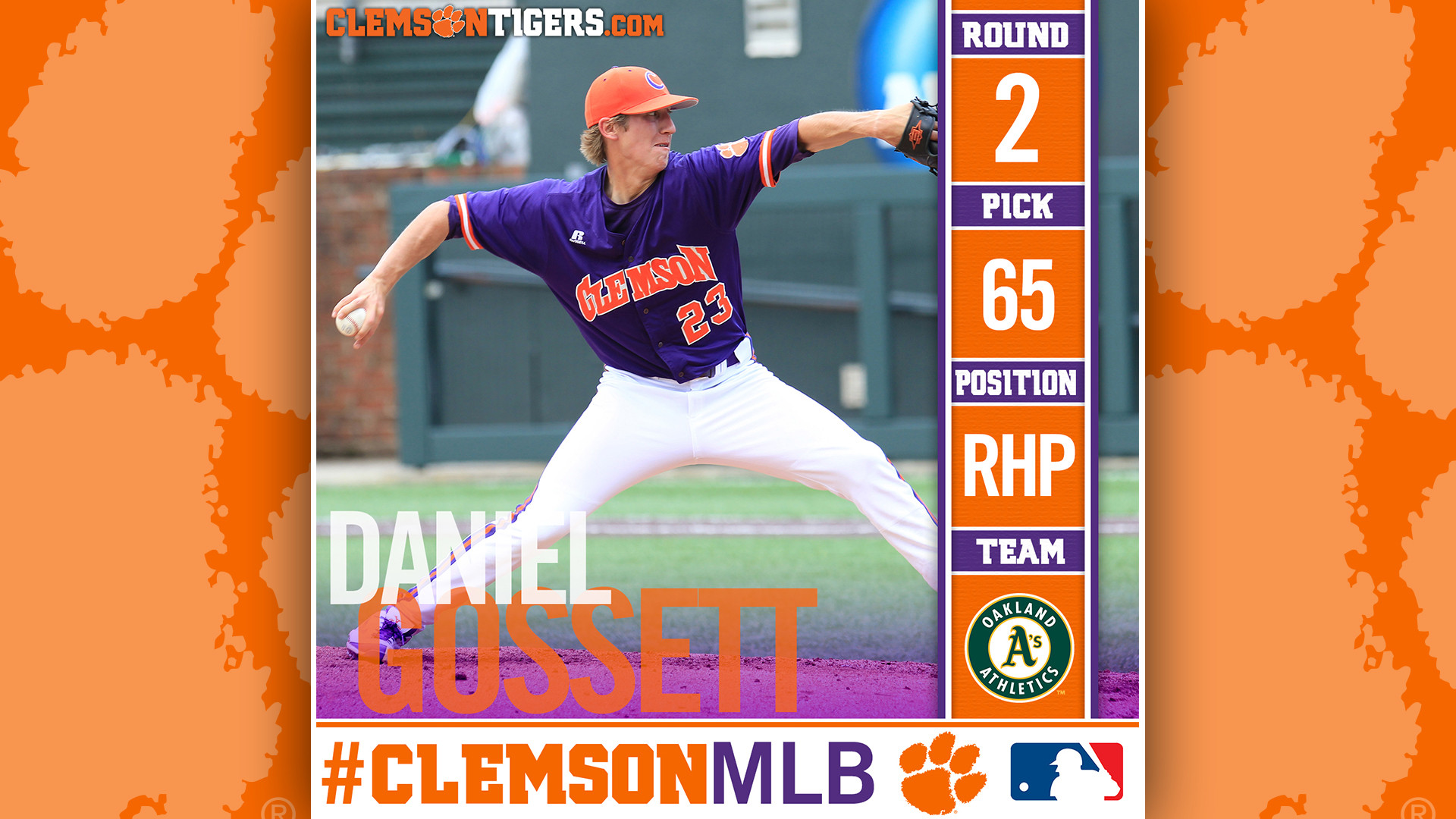 Gossett Drafted By Athletics in Second Round

CLEMSON, S.C. – Junior righthander Daniel Gossett (Lyman, S.C.) was selected in the second round (No. 65 overall pick) by the Oakland Athletics on Thursday night. Gossett was the first Tiger drafted by the Athletics since 2012 (Phil Pohl).

“To see my name pop up was an unreal experience,” said Gossett. “I’m blessed and honored to have a chance to play for this kind of organization. I’m enjoying the process.

“No matter if I sign or I come back to school, Clemson will always be No. 1 in my heart. I want to thank everyone for the experience.”