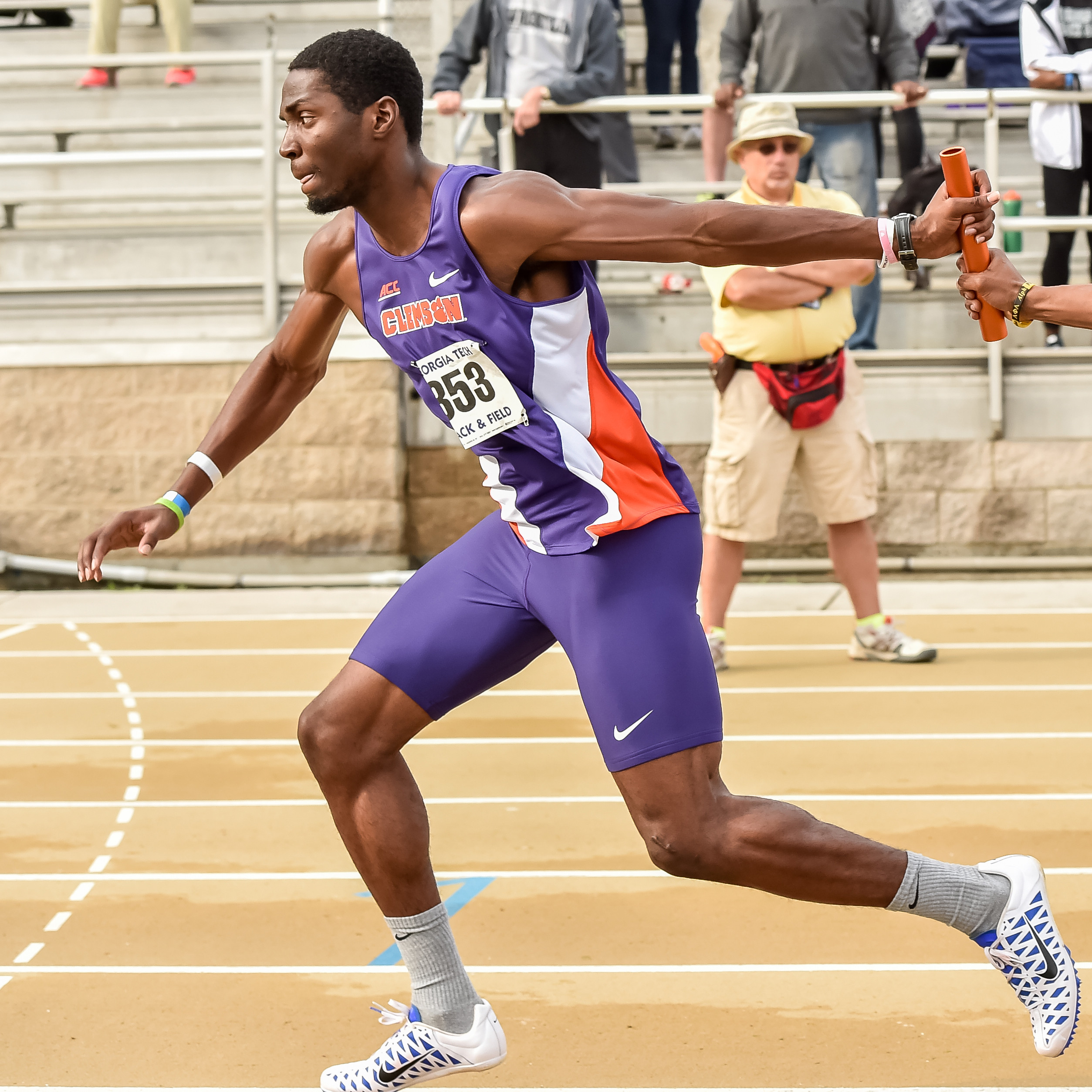 CLEMSON, S.C. — Deron Gordon advanced to the final of the men’s 400 hurdles, while a pair of Tigers posted top-eight finishes in the steeplechase to highlight Clemson’s first day of action at the prestigious Texas Relays at Mike Meyers Stadium.

Gordon advanced to Friday’s final in the men’s 400 hurdles. The product of Fort Lauderdale, Fla., posted a time of 51.41, seventh-best among 79 competitors Thursday. In the women’s 400 hurdles, Markeeta Thomas had the top effort finishing 16th out of 68 runners.

James Quattlebaum led the steeplechase accomplishments Thursday. The sophomore transfer posted a time of 9:08.76 in his first steeple event as a Tiger. His time, which ranks just outside Clemson’s all-time top 10, was good enough for fifth place Thursday. Brianna Feerst also opened for the first time this season in the event. The senior from New Jersey posted a showing of 11:21.72 to earn a seventh-place finish.

“It was a very good day for Deron and James,” said head coach Mark Elliott. “James hadn’t run a steeplechase in nearly a year, and he had a personal best by 12 seconds. Markeeta keeps getting better and was consistent in the hurdles. Overall, it was a great start to the Texas Relays.”

A full slate of events is on deck Friday for the Tigers, beginning in the morning with the preliminary rounds of the short sprints and relays.