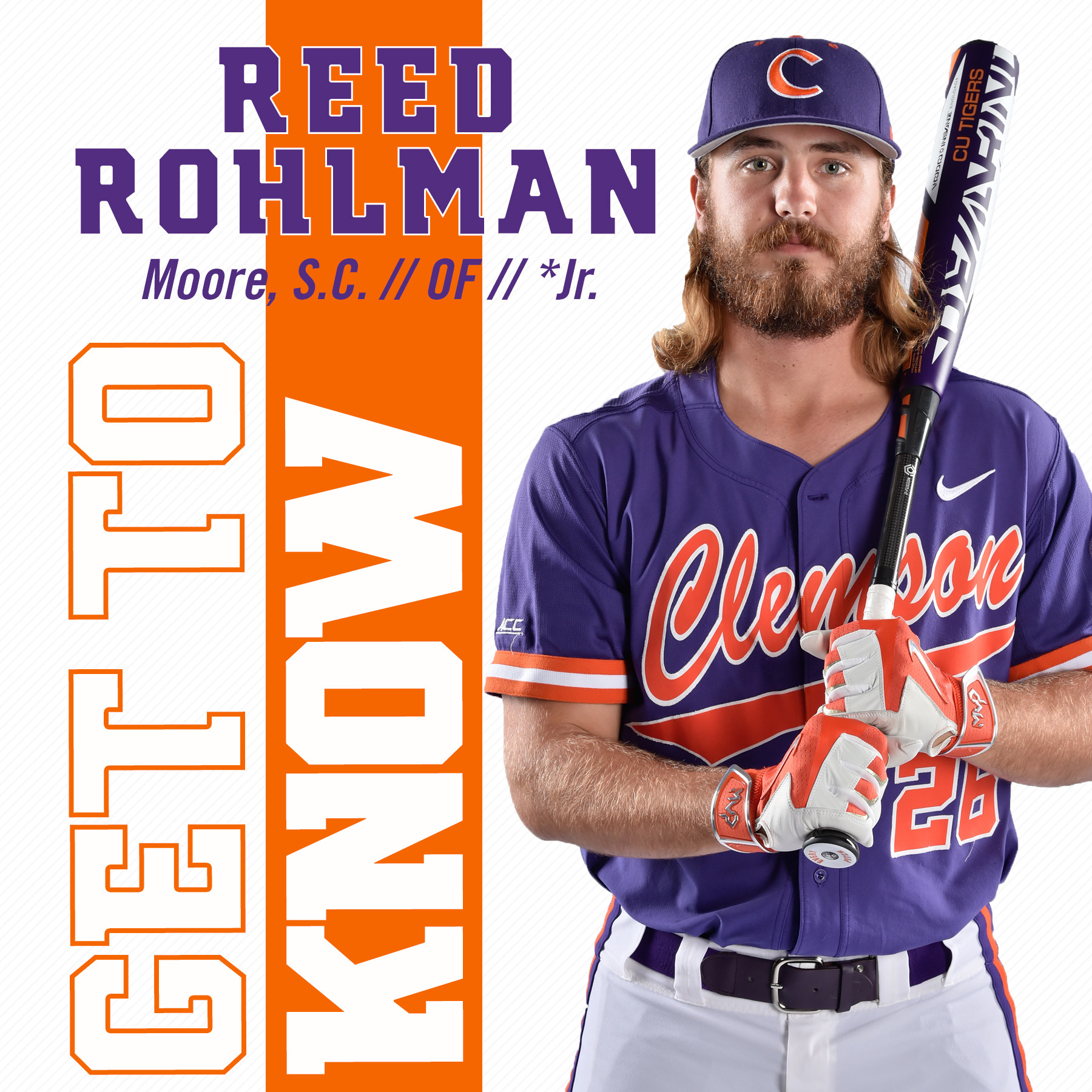 Get To Know Reed Rohlman

Prior to last season, Eli White, Weston Wilson, Alex Bostic, Andrew Cox and Reed Rohlman all decided to let their hair grow out. Rohlman, known to some fans now as “left-field Jesus,” a nickname he fully embraces, was the only one who kept it throughout the whole year, and it is still there.

“All of them ended up cutting it, but I liked it,” he said with a smile. “People started giving me compliments, so I decided I could go with it. I couldn’t cut it now…I just couldn’t. One day when I have to go and get a big-boy job, I think that’s when I’ll trim it. But until then, I’m going to let it go.”

The hair is perhaps a visual representation of his laid-back personality, a quality that helps him be a different kind of leader for the Tigers.

“I like to have fun. It can be a good and bad thing…I’m not the most serious guy in the world. I can be when I need to be, but I just like to have fun with whomever I’m with and enjoy myself. I don’t take life too seriously. I just go with it and enjoy it, whatever it is.”

The outfielder said a lot of his motivation comes from his mother, especially since he lost his father at the beginning of his sophomore year.

“I would say that my mom motivates me the most. She and I have gotten really close over the last couple of years. Since my dad passed away, it’s been for her, not only on the field necessarily, but I just don’t want to disrespect the name and I want to do things that would make her proud.”

His mom and sisters come to as many games as they possibly can, and he said that seeing them in the stands always does a lot for his game.

Also motivating him is the way that he has known he wanted to come to Clemson since he attended a camp in eighth grade, and he immediately committed following an offer during his sophomore year of high school.

“Right when they offered, I knew,” he remembered. “I didn’t wait…I told them I was coming.

“I have no regrets at all with that decision. I love this place.”

And as he approaches what could potentially be his final season in a Tiger uniform, he has a simple hope for his Clemson legacy.

“The big thing I want people to remember is that I enjoyed being out here and that I didn’t take it for granted.”