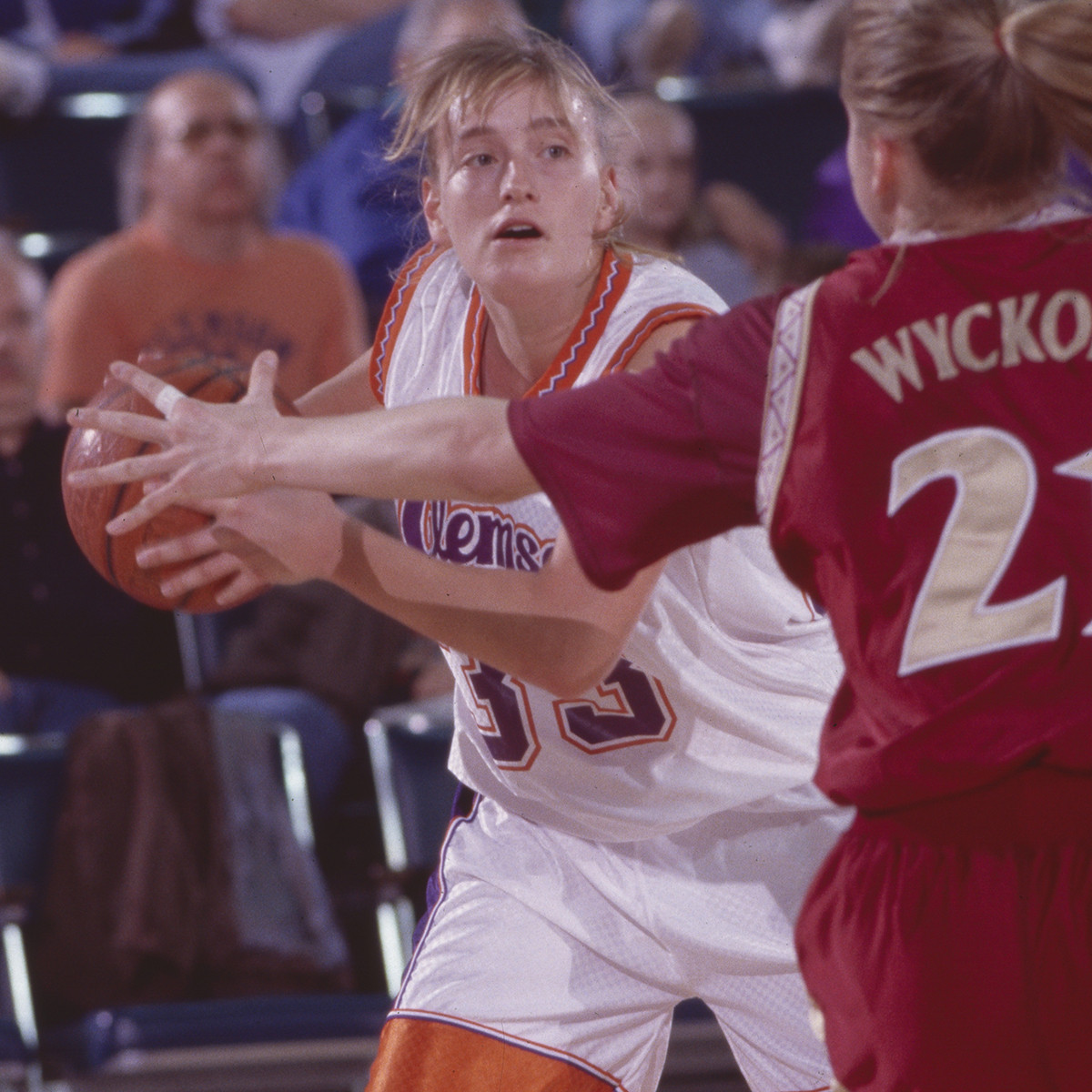 GREENSBORO, N.C. – The Atlantic Coast Conference announced its 11th annual class of Women’s Basketball Legends on Tuesday. Amy Geren McGowan (1996-99) is Clemson’s representative on the team and will be honored alongside the 14 other Legends at the ACC Women’s Basketball Tournament from March 4-8 in Greensboro, N.C. Clemson Head Coach Audra Smith (1989-92) has been named Virginia’s Legend for the event as well.

The Legends will be honored at the annual ACC Women’s Basketball Legends’ Brunch on Saturday, March 7, at 10 a.m., and then will be introduced to the Coliseum crowd at halftime of the first semifinal game that afternoon. The ACC Women’s Basketball Legends program honors both players and coaches from each of the ACC’s 15 schools who have contributed to their respective institutions rich tradition.Tickets to the Legends Brunch are priced at $35 each and can be obtained by calling 1-336-369-4673. Quantities are limited.Included in this year’s class are 14 former-student-athletes and one former head coach who represent five decades of women’s basketball. Below is a complete list of this year’s Legends, and the accolades from their playing and coaching careers.

About Geren:Amy Geren McGowan was undoubtedly one of the most fearsome shooters in Atlantic Coast Conference history. The Cleveland, Tennessee, native was a first-team All-ACC selection in both 1998 and 1999, and was a starter on both of Clemson’s ACC Championship teams (1996, 1999). She averaged 13.5 points per game as both a junior and senior on her way to first-team honors, and set the school record with 70 made 3-point goals in 1998. In all, she appeared in 125 games, making 62 starts, and helped the Tigers to four NCAA Tournament appearances, four ACC Championship game berths and two titles. She ranks 13th in school history with 1,402 points, but it is her dead-eye shooting that earned her national recognition. She was the National Three-Point Shooting Contest Champion in 1999, and still ranks among the top 25 in ACC history in 3-point makes (199) and attempts (558). Perhaps her finest accomplishment is her career free throw shooting percentage of .848 (335-395), a mark that still ranks sixth in ACC history. She was inducted into the Clemson Athletic Hall of Fame in 2007. She is currently the 9th grade counselor and testing coordinator at Cleveland (Tenn.) High School and coaches the Cleveland Middle School girls basketball team.

About Smith:During Audra Smith’s four-year playing career at Virginia (1989-92), the Cavaliers went 113-18, made three trips to the Final Four and won two ACC Championships. After graduating from Virginia with a degree in sociology in 1992, she worked in her hometown of Milledgeville, Georgia, before joining Debbie Ryan’s staff in 1994, serving as an assistant coach. Smith served as the recruiting coordinator beginning in 2000, before leaving in 2004 to become the head coach at Alabama Birmingham. At UAB, Smith amassed a 57-39 record with her teams finishing with a winning record in each of her last four seasons there. On April 8, 2013, Smith was named the head coach at Clemson, where in her first season at the helm, she led the team to collect the most wins by the program since 2009-10, and a win an ACC Tournament game.